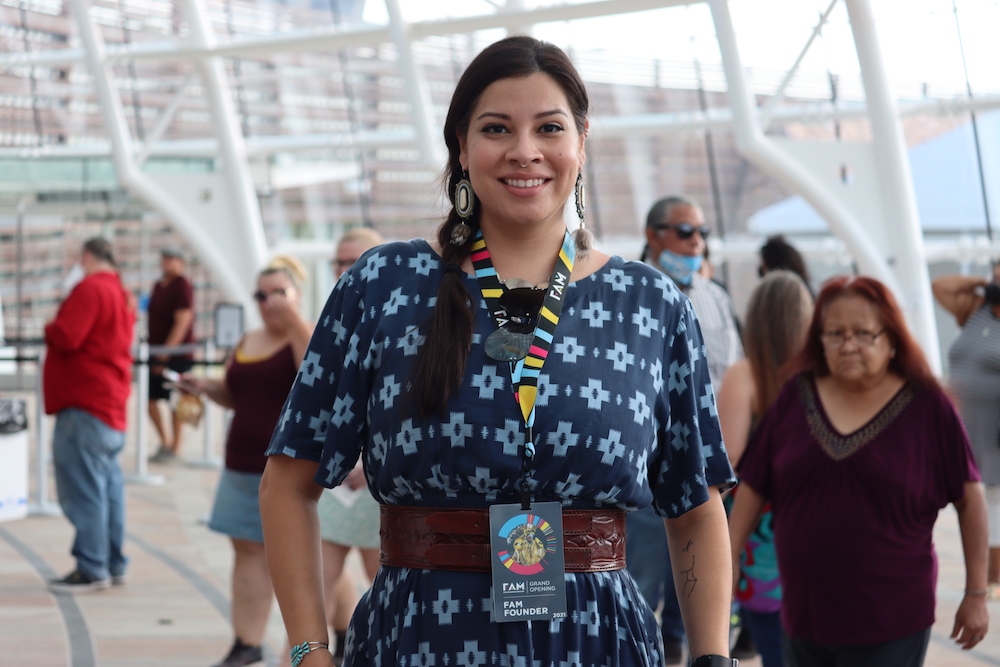 OKLAHOMA CITY—This weekend, the First Americans Museum (FAM) in Oklahoma City opened its doors to the public with a weekend of performances, demonstrations, and ceremonies from dignitaries representing all of the state’s 39 tribes.

The FAM is a decades-in-the-making 147,000 square foot museum aimed at sharing the history and culture of the tribes in the state. Its curators are also from tribes in the state and the exhibits reflect a chronological history that includes removal from many tribes’ original homelands. In addition to history, visitors to the museum also will experience the many contributions by Oklahoma Native people in all aspects of society.

“The opening weekend is just the beginning,” FAM CEO James Pepper Henry told Native News Online. “The museum is in its infancy and just like a baby, we have to raise it so that it becomes more than what it is today.”

Only a few tribes were Indigenous to the state of Oklahoma. The majority were forcibly removed to the area from many parts of the United States including California (Modoc), Florida (Seminole), New York (Seneca, Cayuga), and dozens more. The state was once considered Indian Territory and its name comes from the combination of two Choctaw words: “Okla” and “Homma”, meaning “Red People.”

The museum is on 40 acres of land along the Oklahoma River and includes a courtyard for performances and demonstrations. The site also features a mound that visitors can walk to the peak of so they can experience mound building culture and get a view of downtown Oklahoma City. In addition to its exhibit, the FAM features selections from the Smithsonian’s National Museum of the American Indian, two theaters, a gift store featuring items made by Oklahoma Native artists, and a restaurant that features modern cuisine made with Native ingredients and tribally-specific dishes.

Highlights throughout the weekend includes the procession of the all tribes, performances by members of all of the tribes, fashion shows, and a performance by rap group duo Lil’ Mike and Funnybone from “Reservation Dogs.” 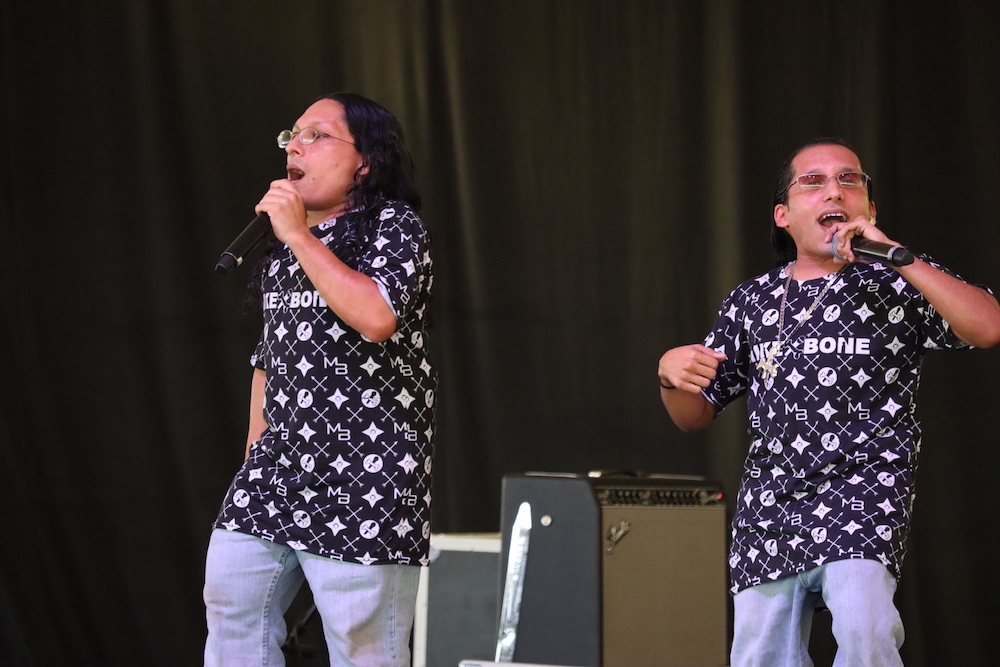 Rappers Lil’ Mike and Funnybone of “Reservation Dogs” perform at the grand opening of the First Americans Museum on Sunday. (Photo/Darren Thompson for Native News Online) 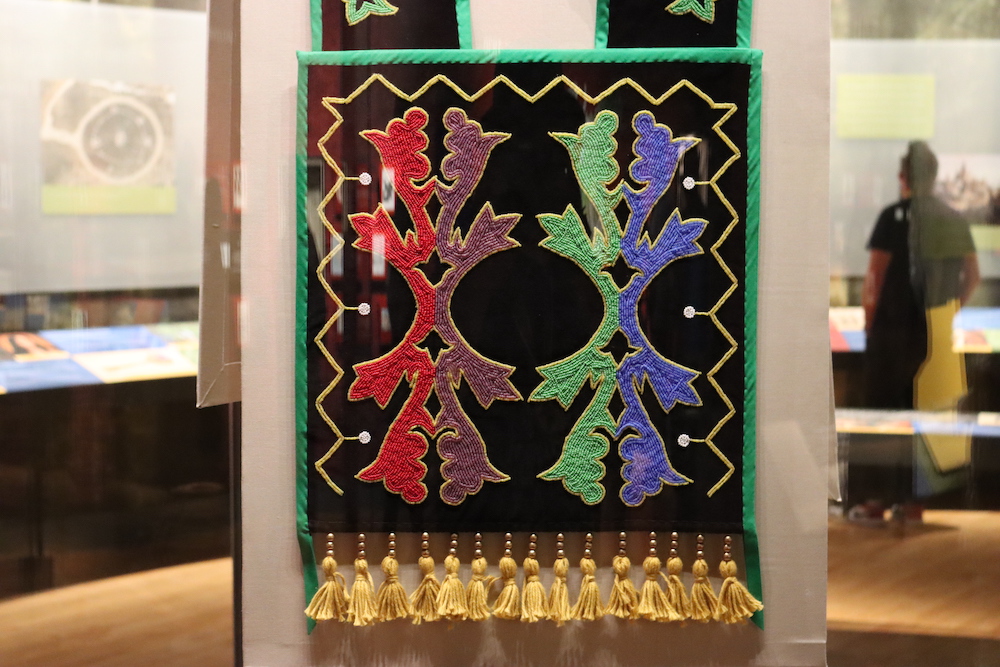 A beaded bandolier bag on display in the Tribal Nations Gallery at the First Americans Museum in Oklahoma City. (Photo/Darren Thompson for Native News Online) 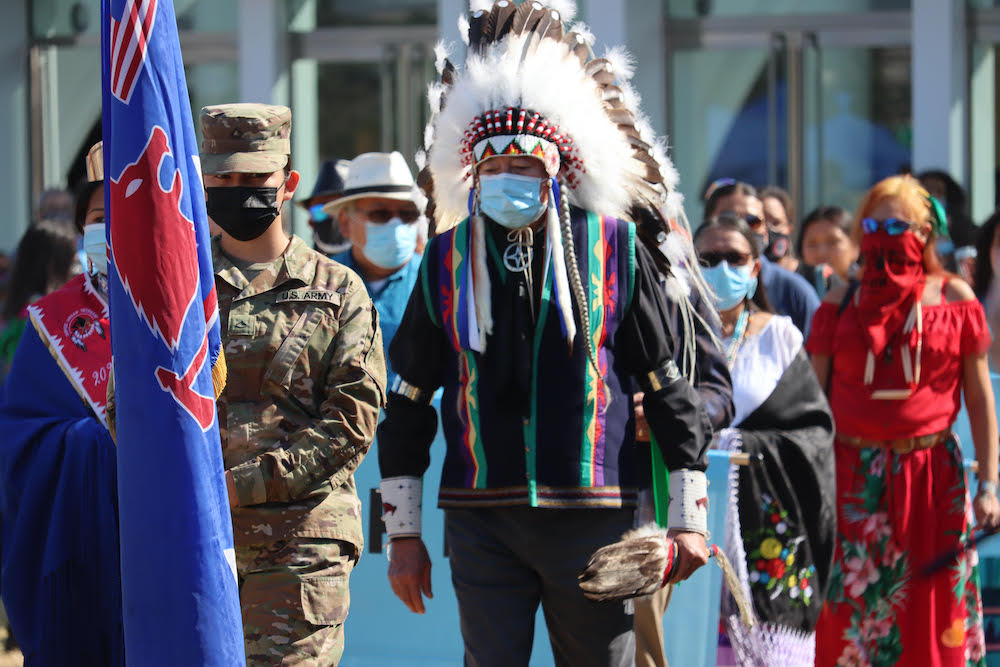 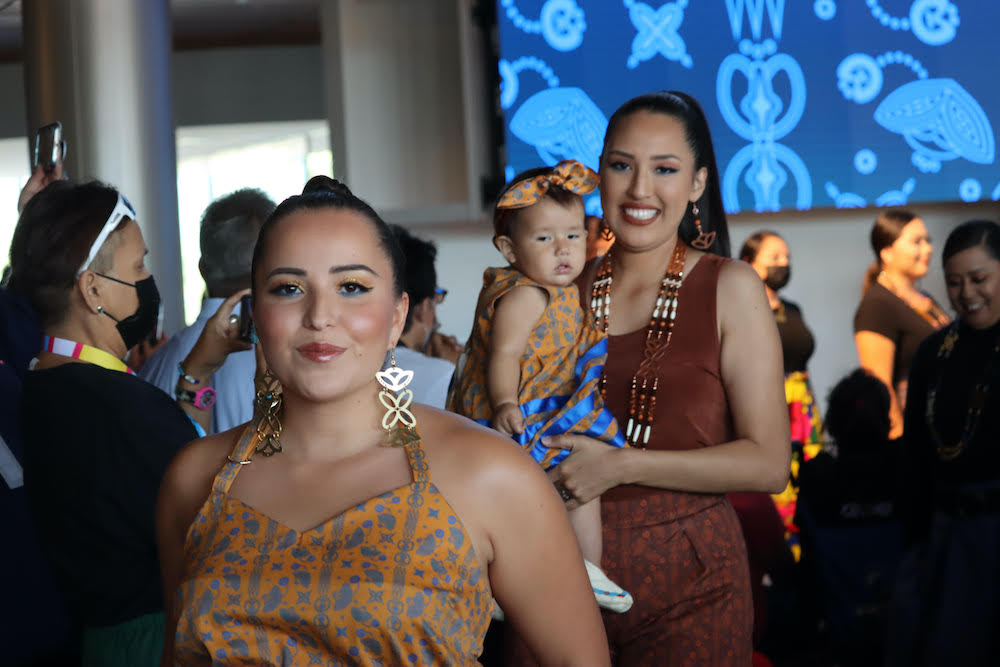 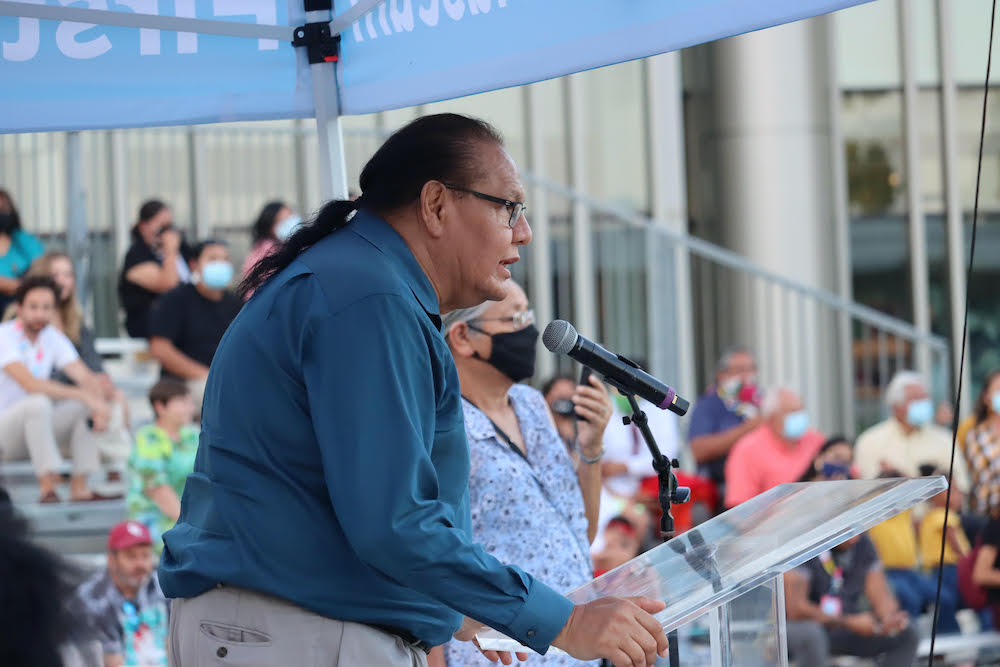 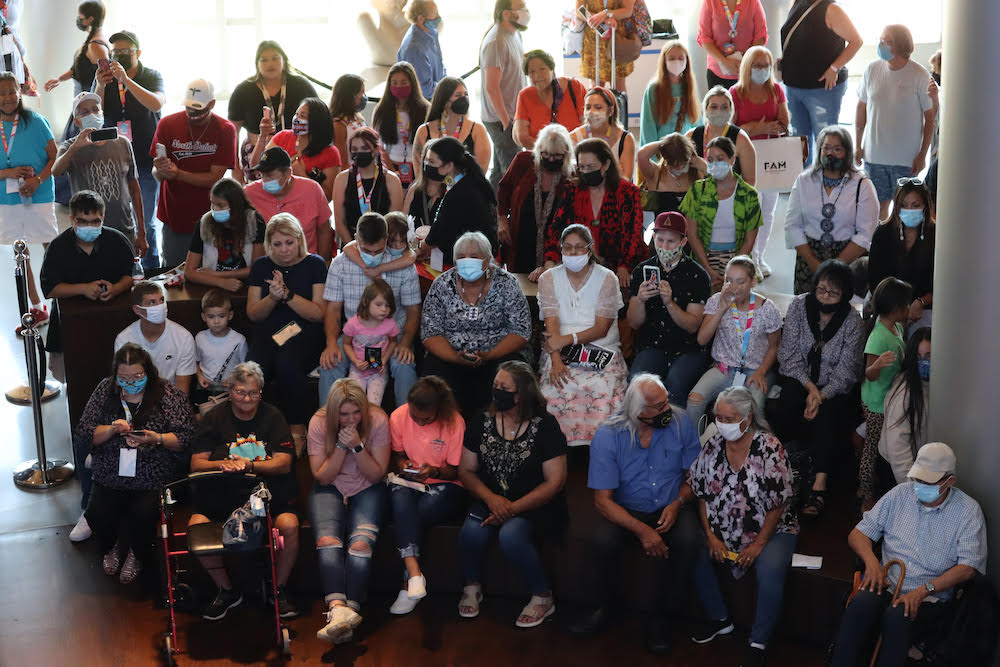 Crowds in the Xchange Theater for the grand opening of the First Americans Museum in Oklahoma City on Saturday. (Photo/Darren Thompson for Native News Online) 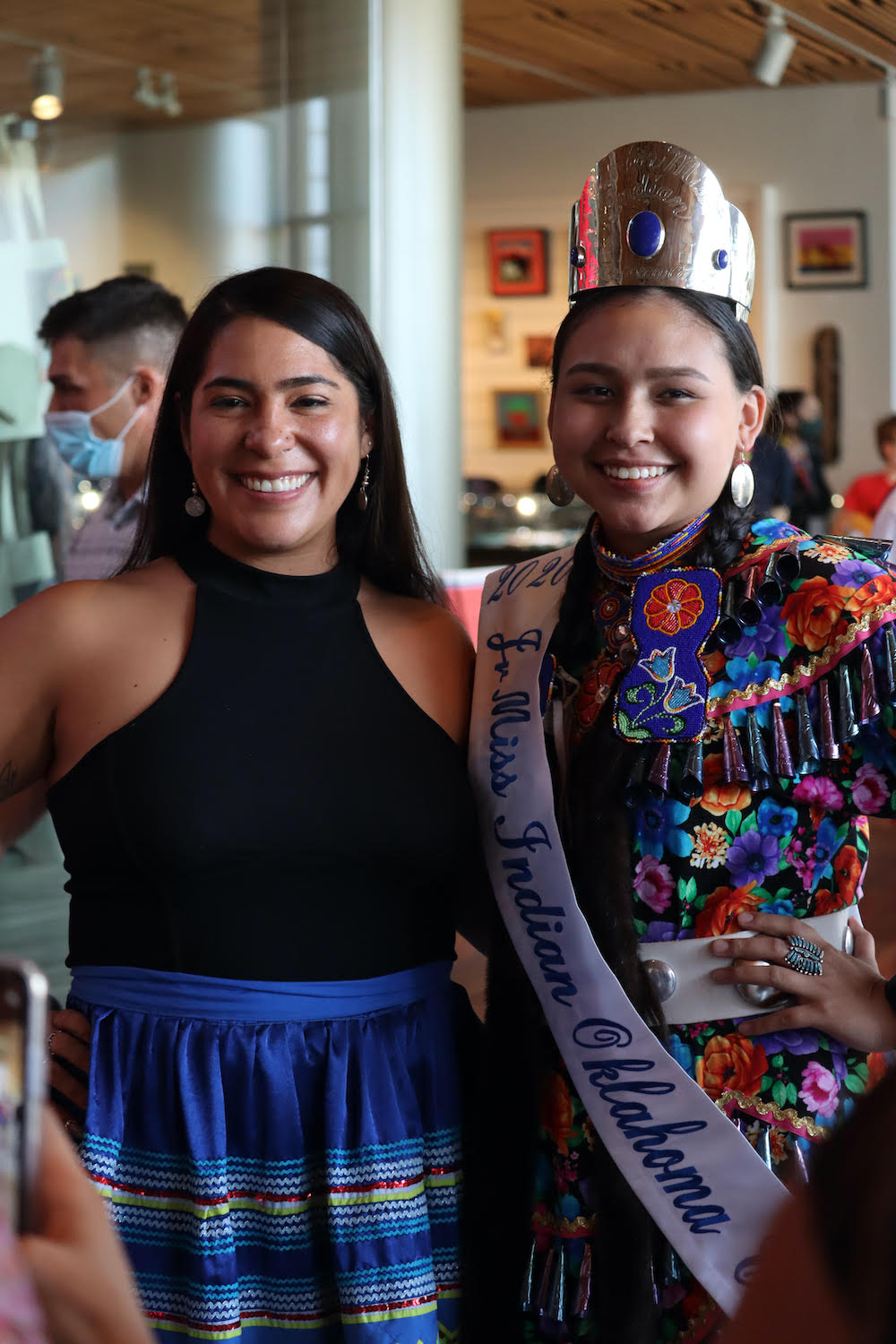