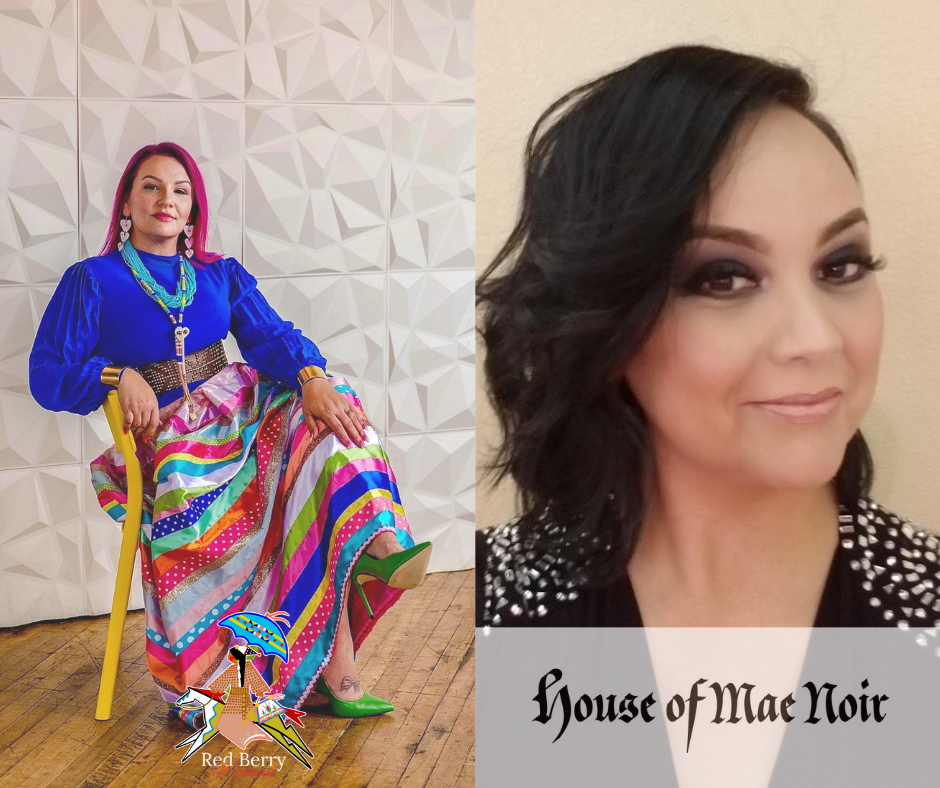 For the first time in its history, Phoenix Fashion Week features two Indigenous finalists for the Designer of the Year award: Norma Baker-Flying Horse of Red Berry Woman and Rita Zebell of House of Mae Noir.

Both designers went through a rigorous selection process that took months of preparation, submissions, interviews, and follow-up. The winner will be announced April 16.

“I’m excited, nervous, and feeling the pressure because the previous winner was an Indigenous designer,” Baker-Flying Horse told Native News Online. “I really have to step up my game and my work because although we are both Indigenous designers, we have different styles and it’s important for the organizers to see that.”

For Zebell, being selected as a finalist is an achievement that’s been on her radar for several years.

“It’s been a long time goal, and I am super excited,” Zebell told Native News Online. “I’m very happy to be chosen as one of the finalists for Designer of the Year.”

This year marks Phoenix Fashion Week’s first live event since the beginning of the Covid-19 pandemic.

Baker-Flying Horse’s Red Berry Woman brand has established a reputation as a traditional and contemporary fashion line rooted in Native culture. An enrolled member of the Mandan, Hidatsa and Arikara Nation, her designs have graced the red carpet at the Grammy Awards and have been worn by former Mrs. Universe and current Sports Illustrated swimsuit model Ashley Callingbull (Cree). The brand has also been showcased at fashion shows from Paris to the United National Inter-Tribal Youth’s (UNITY) annual conference. 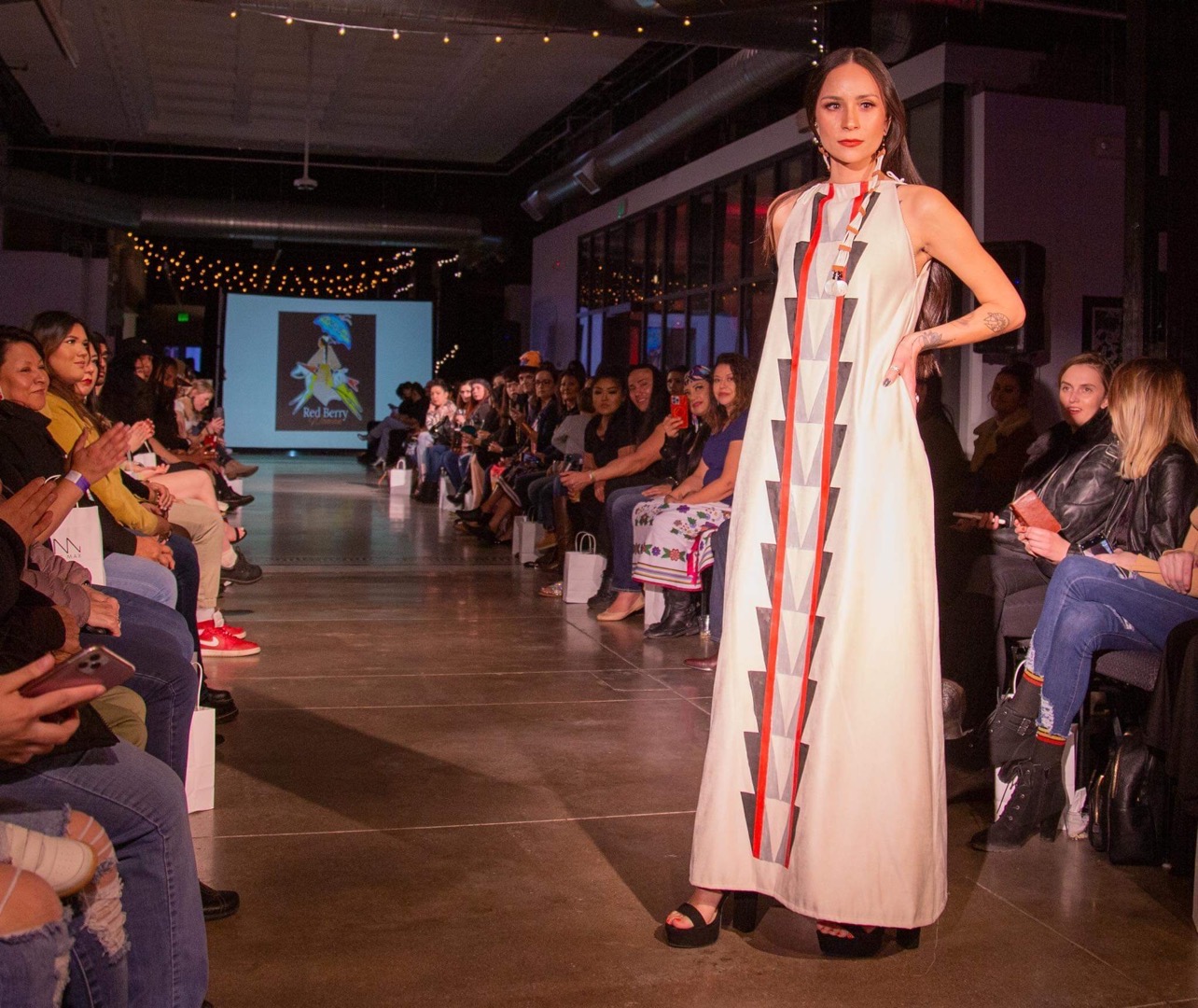 She takes pride in her heritage and craftsmanship and strives to showcase her work as having an educational component.

“One of the things I would like to see my business accomplish is to help break stereotypes that we’re all the same,” Baker-Flying Horse said. “The other is cultural appropriation. I want people to know … what not to appropriate from our traditional cultures.” 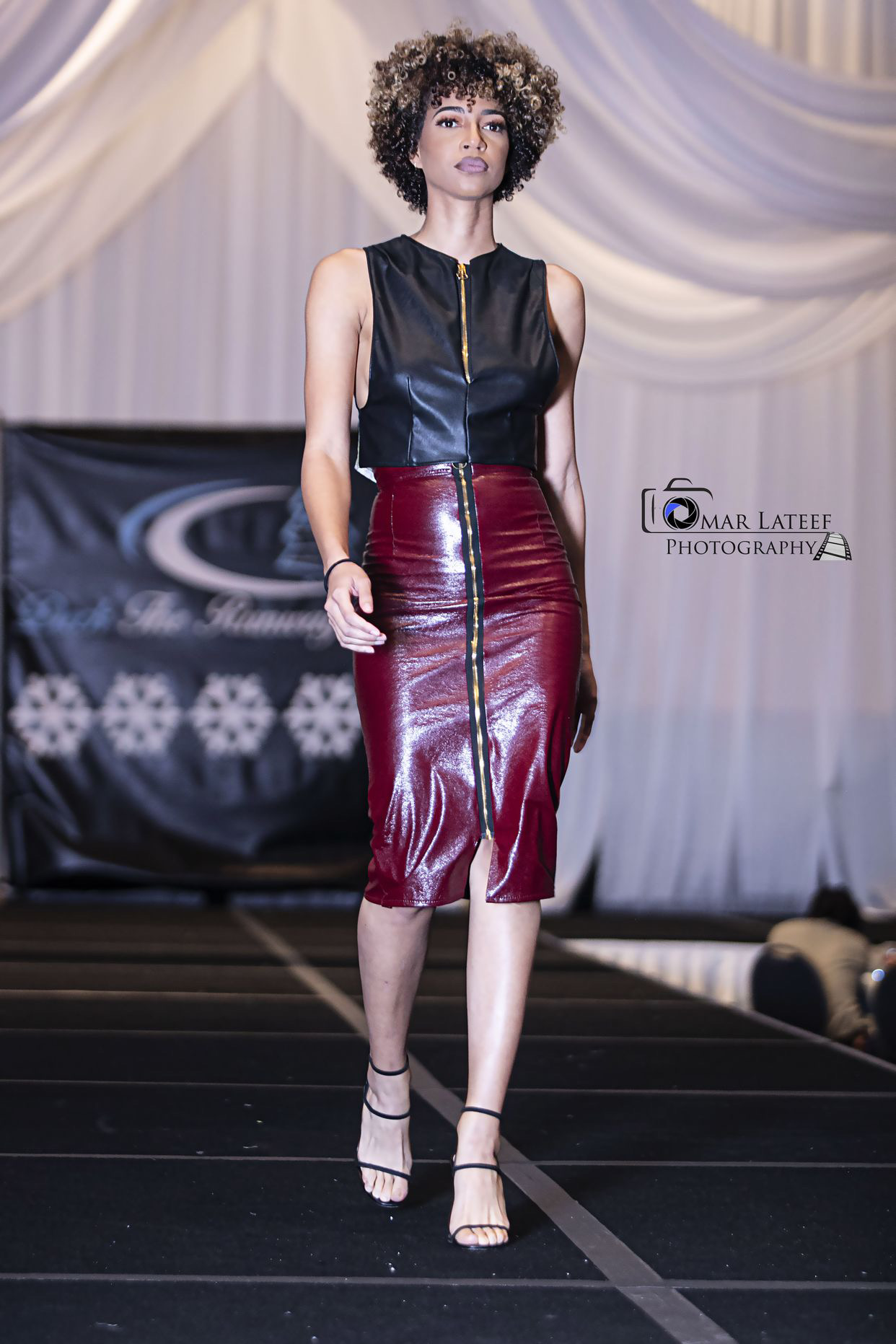 House of Mae Noir. (Photo courtesy of Riza Zebell) The other Indigenous finalist, Zebell, lives in the Phoenix area and is originally from the Navajo Nation. She recalls pursuing fashion after attending her first Phoenix Fashion Week more than seven years ago. She has since attended Phoenix College and earned a degree in fashion design.

Zebell never thought she’d be featured as one of the designers for the prestigious fashion show, let alone for Designer of the Year. However, she recalls putting in the work and participating in Phoenix Fashion Week’s various programs, including its signature Designer Boot Camp.

Zebell predominantly uses leather that is organic, vegan and ethically sourced in her designs. She calls her own style “Pin-up Retro” style, and hopes to soon incorporate her Diné cultural designs into her clothing. This year marks her first full runway show at the Phoenix Fashion Show.

Each week, the Phoenix Fashion Week showcases its designers and their progress on its Instagram account, @phxfashionweek. Each designer is teamed with a team of industry experts that focus on a variety of skills within the industry from marketing to distribution.