On new tracks, artists sing and rap for missing and murdered Indigenous women 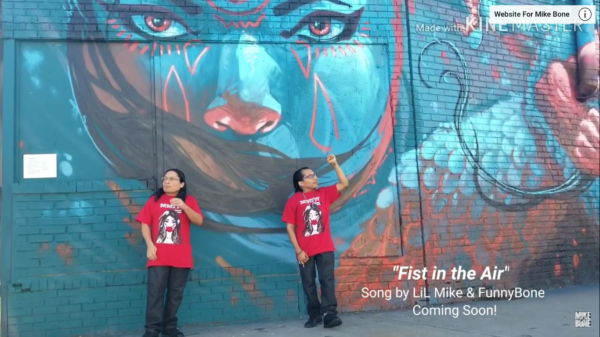 A pair of new music tracks released over the past week address the growing epidemic of missing and murdered Indigenous women.

Last week, Mike Bone dropped a teaser for its upcoming single, “Fist in the Air,” and also unveiled a new video via YouTube.

Mike Bone, an Oklahoma City-based rap duo comprising brothers Lil Mike and FunnyBone, is best known for its upbeat performance of their single “Rain Dance” on NBC’s America’s Got Talent.

The full version of “Fist in the Air” will be released soon. “Lil Mike and I both wrote our own verses, the beat  producer is Paul Napash,” FunnyBone told Native News Online about the new track. “The finished song will also feature another Indigenous artist named K.A.S.P.” As for the inspiration, FunnyBone said they felt they wanted to drop a track with weight. One that matched the seriousness of the problem at hand and to “amplify the screams for justice.” “Two things inspired us,” he said. “All of the stories we were hearing, and people were making slideshows with music that didn't match the subject. We plan collaborating with different MMIW and human trafficking programs to help provide resources. Our goal is to bring awareness through music and use our platform to give a voice to the voiceless.” The anthemic hip-hop track debuted on the Mike BoneMusic channel on YouTube last week, and in the video description, the lyricists stated: “Our prayers go out to all the Missing and Murdered Indigenous Women (MMIW). You are not forgotten. We got inspired to use our talent for this cause & plan on using the proceeds from the release of this song to collaborate with different MMIW and human trafficking programs to help provide resources.” 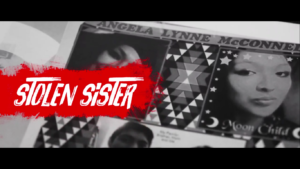 Janus, a Chicago-based rock outfit, also released a new single last Friday that addresses the MMIW crisis.  The song, “Stolen Sisters,” features the chorus: “See the face/ Of our stolen sister / Know her name / She will never be silent.”  The accompanying video features stark images and statistics about missing and murdered indigenous women and girls. The song is streamed here on YouTube. The track is the band’s first original song since their 2012 release of Nox Aeris and follows their cover of The Cars’ “Drive.” Produced and mixed by multi-platinum producer David Bendeth, all proceeds from “Stolen Sisters” will be donated to Sovereign Bodies Institute, a non profit organization that is generating new knowledge and understandings of how Indigenous nations and communities are impacted by gender and sexual violence.

While emerging artists like Mike Bone and Janus are tackling the critical topic with new tracks, over the past year some of the best-known Native American musicians have addressed the growing epidemic in the U.S. and Canada.

Last spring, Grammy Award winning singer and guitarist Joanne Shenandoah (Oneida Nation) issued the ballad, “Missing You” on Sunday, May 5, 2019, which has been designated as the National Day of Awareness for Missing and Murdered Indigenous Women. Shenandoah wrote the song to bring attention to the tragic numbers of missing and murdered Indigenous women in Indian Country. 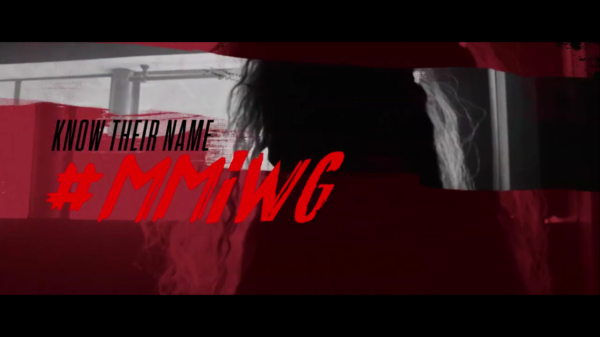 Meanwhile, Northern Cree of Alberta, Canada will be at the Grammy Awards this weekend, having earned their ninth nomination. They are nominated this year in the best regional roots category for their 40th album, When It’s Cold—Cree Round Dance Songs. The record contains the powerful song “To All MMIW”