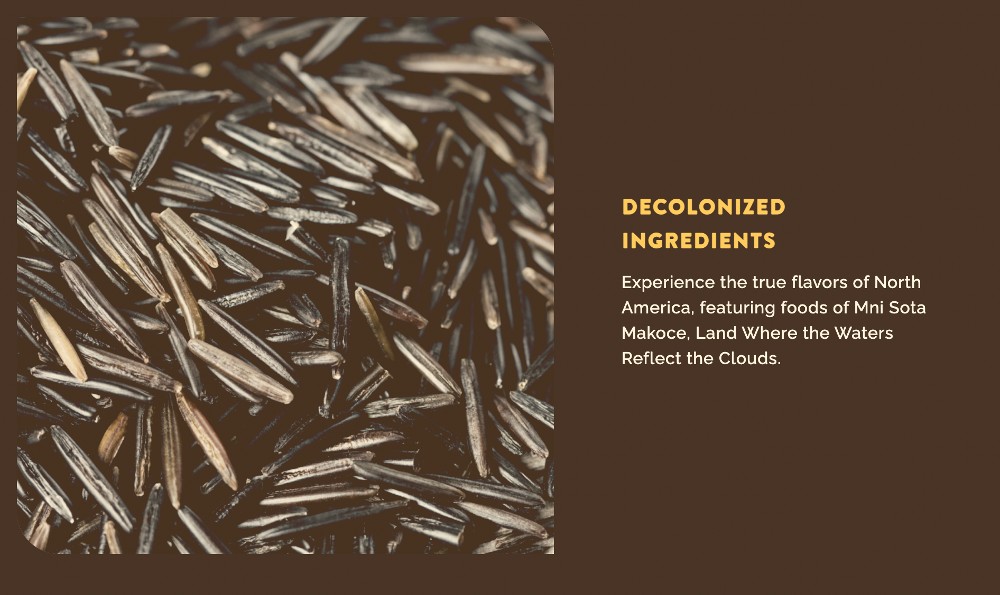 “The accolades we have received in our first year of operations have been astounding,” Owamni Co-Owner Dana Thompson told Native News Online. “As owners, Sean and I are humbled by the way this momentum has propelled our mission to revitalize Indigenous Foods throughout North America! We hope this inspires other Native entrepreneurs to build businesses that feature their own ancestral foods.”

Owamni is located near Owmani Yomni, renamed St. Anthony Falls by Louis Hennepin, a sacred site of peace and well-being for the Dakota and Anishinaabe people, in downtown Minneapolis.

“We could never have imagined all of the recognitions and accomplishments we would receive in our first year at Owamni,” Sean Sherman, Owamni Co-Owner and Chef told Native News Online. “We just truly believed in the mission of showcasing healthy Indigenous foods and being role models for what we believed was possible.”

Lieutenant Governor Peggy Flanagan, a citizen of the White Earth Band of Ojibwe, who also signed the proclamation, presented the proclamation in person to both Dana and Sean. She commented on social media that Minnesota is proud to be the home of Owamni.

The restaurant has a catalog of awards and recognitions from many media outlets, travel organizations and other food industry organizations. 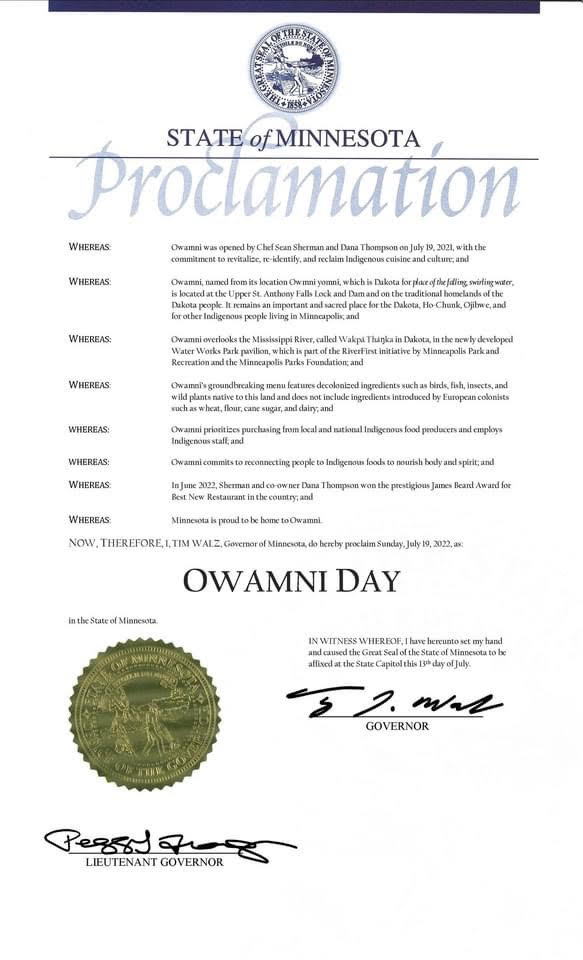