Martin Scorsese film, based on Osage Indian murders, may go to Netflix or Apple 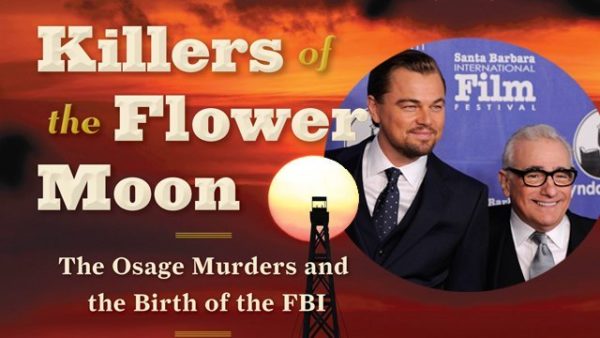 The true-crime drama centers on members of the Osage Nation in the United States who were murdered under mysterious circumstances in the 1920s. The killings sparked a major F.B.I. investigation involving J. Edgar Hoover. Scorsese’s last movie, The Irishman, was distributed through Netflix and scored a handful of Academy Award nominations. While it saw a limited run in the theaters, it’s main distribution came from streaming on Netflix. As for Killers of the Flower Moon, the Wall Street Journal is reporting either Apple or Netflix could potentially distribute and assist in the production. The story also says Paramount will consider deals that keep it involved in some capacity. Another American Indian connection to the film is musician Robbie Roberton, who is scoring music for the project. The rock icon, who comes from Mohawk and Cayuga descent, spoke with Rolling Stone last month about the project, as the COVID-19 derailed the film’s production and stay-at-home practices spread across the nation.  “And although everything’s been delayed, I’ve even started some early discovery and thinking of the music for Martin Scorsese’s next movie, Killers of the Flower Moon,” Robertson told Rolling Stone. “It’s an American Indian story, so I’ve got a lot to do on this. And the rest of it, I guess, is just really kind of adapting and dealing with being on house arrest.”