Influencer Nekiah Torres, aka Rez to the City, in Fashion & Fringe 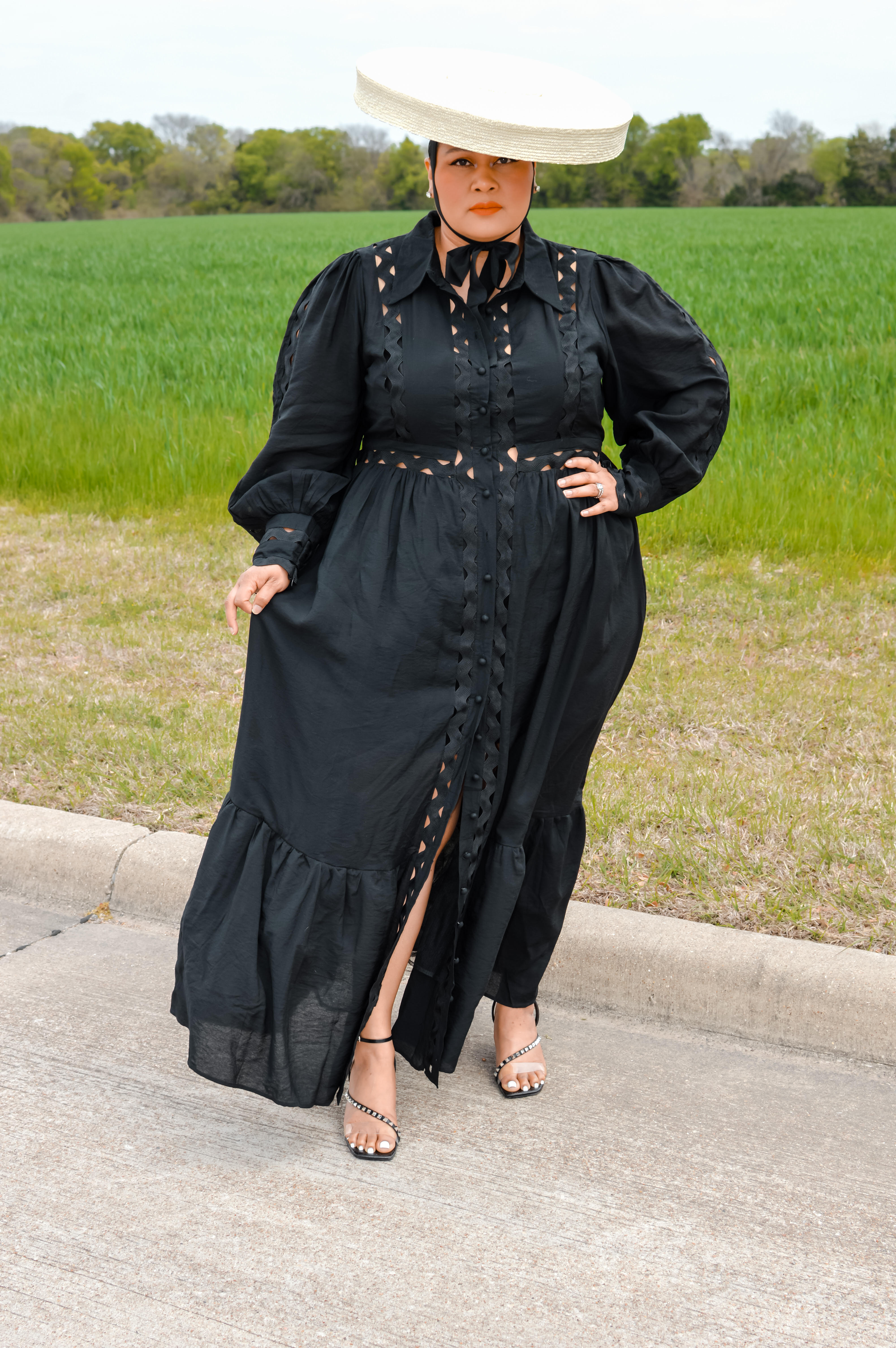 Open Instagram, search @reztothecity and there is Nekiah Torres. She is undeniably beautiful and her fashion sense speaks for itself. She wears everything from a bright red knit set with fringe on the sleeves and legs. to a blue gingham dress with ruffles and a neon green puffer jacket. (Author note: Puffer jackets continue to be a fashion staple this winter season.) Torres always loved fashion, but growing up she didn’t always have access to the type of clothes she wanted to wear.

Torres is from the Colorado River Indian Tribes located near Parker, Arizona. The Arizona/California border runs through it. Growing up in a small, rural town, all the kids from her rez and those who lived in town all went to the same high school. “I was exposed to fashion because these girls were coming out of California, and they came to high school and have on their whole Cher from ‘Clueless’ outfit, and I'd be like, ‘Oh my gosh, I've never seen anyone dressed like this before.’ So I think that was probably my exposure to fashion in real life,” Torres remembers.

Other than that, she read Cosmo and other women’s magazines that fueled her creativity and interest in fashion. Unfortunately, those types of clothes couldn’t be bought at the local stores and were way too expensive. So, Torres got crafty, and she would thrift the type of clothes she wanted to wear. It’s a skill she utilized into her adulthood.

“If the outfit was fringy or something, I learned how to just cut the bottoms off and wash them and I knew that they would unravel so I would make my own DIY distressed jeans,” Torres says.

Expressing herself through fashion was important because she already felt different from everyone else around her. Torres is biracial, Hopi-Tewa and Black. She didn’t always feel accepted and it was something she grappled with.

“I might not fit in, but I'm going to stand out,” Torres says.

After she got married, Torres and her husband Shawn moved to Dallas from Coolidge, Arizona in 2008, so he could attend seminary school. It was tough times for her, away from her family, friends, and community. She also had suffered an injury while serving in the Air Force from 1994 to 1998.

“Any type of strenuous activities would basically take my back out and I'd be in a state of excruciating pain and have to take pain medication just to get up,” she says.

She didn’t know what to do in Dallas. Then her husband made a suggestion that would turn everything around for her.

“He said, ‘You love fashion? Have you ever heard of blogs?’ And I said, ‘No.' He kind of told me what it was. So, I did some research and the first blog that I found was a girl named Karla, her blog was called Karla’s Closet,” which was all about finding vintage wear and styling it, Torres says.

“I started my blog actually thrifting because when [he was] in seminary, we were poor,” Torres says with a laugh. “All of our money was going into the master’s program and we did not have a lot of extra money. So I really, really got into thrifting when I got to Dallas. I would find items and show people how to recreate a whole outfit for $10.”

In 2010, her blog “From the Rez to the City” would debut and become a space for plus-size women who loved fashion. She would help people recreate the outfits they wanted to wear but on a budget. And, her husband pointed out, she’d be one of the few Indigenous fashion bloggers.

Blogger was her main platform until she began the move to Instagram starting in November of 2013 and became “RezToTheCity.” There she posted photos sporadically and remained focused on Blogger until 2018. Today, Torres’ blog has transformed into becoming an influencer on Instagram with over 26,000 followers. She has worked with Indigenous designers like B. Yellowtail and Mud Lowery.

“The blog has been nothing but positive. A way for me to kind of get out of my depression and figuring out what I wanted to do with my life,” she says. “When we got to Texas, it helped my self-esteem, being in a bigger body than I was accustomed [due to the military injury] and representing it.”

Having that representation has mattered to her followers, who send messages telling Torres, or ‘Rez’ as her followers call her, how meaningful it is to see her rocking the most gorgeous outfits.

“I'm literally crying. It's not just the followers. It's the women and girls that DM me and tell me, in some way shape or form, I help them overcome their depression and their low self-esteem,” Torres says, clearly overcome with emotion. “I'm thinking, you know, this little girl from the rez never in a million years would think that complete strangers would be telling me ‘thank you’ just for putting on an outfit and posting it on the internet. I'm just really proud of that.”