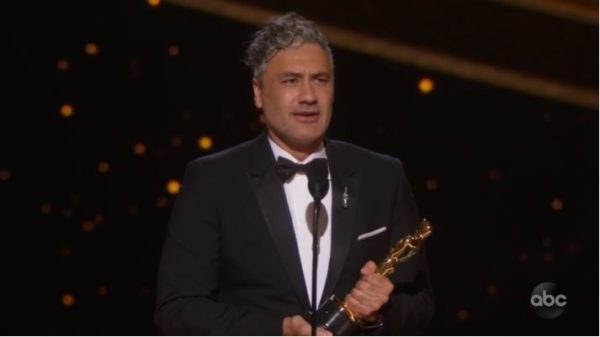 LOS ANGELES — Taika Waititi, a New Zealand director/actor, accepted the Academy Award last night in the Best Adapted Screenplay category for Jojo Rabbit, and his winner’s speech went beyond your typical “thank yous.” At the 92nd Oscars, held at the Dolby Theatre in Hollywood, the 44-year thoughtfully recognized not only his mother, producers and film crew, but also Indigenous people around the world.

“I dedicate this to all the indigenous kids in the world who want to do art and dance and write stories," he said in front of Hollywood-industry elites and millions of television viewers. “We are the original storytellers and we can make it here as well.”

Closing his speech, Waititi signed off with “kia ora,” a famous Māori phrase meaning “be safe.” He is the first Oscar winner of Māori decent. Māori are the tangata whenua, the indigenous people, of New Zealand. Later, the heartfelt nods continued when Waititi was introducing the winners of the Academy’s honorary prizes. That’s when he said: “The Academy would like to acknowledge that tonight we have gathered on the ancestral lands of the Tongva, the Tataviam, and the Chumash. We acknowledge them as the first peoples of this land on which the motion pictures community lives and works.” Watch his 2020 Oscar speech here.