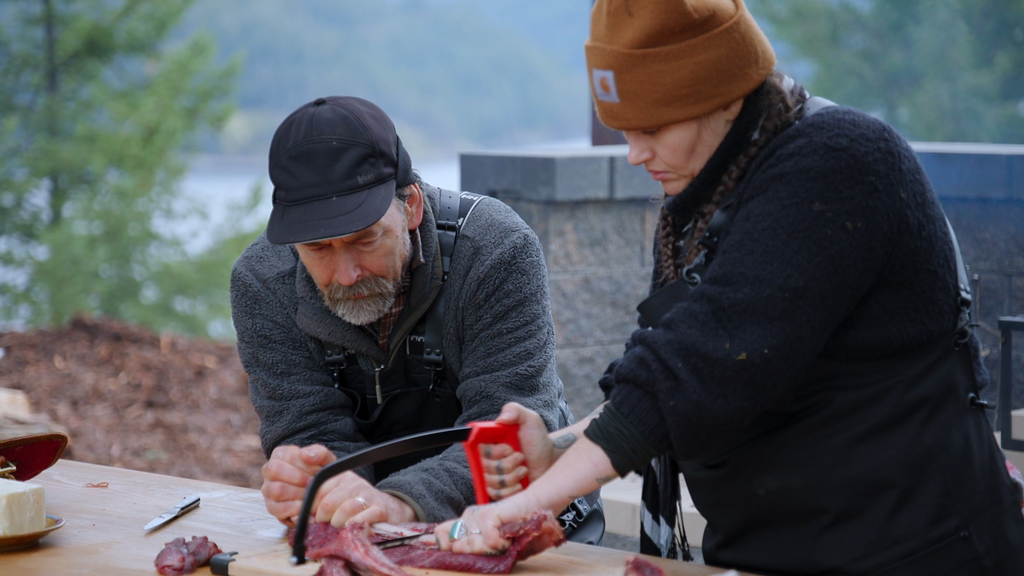 Together, they have up to 96 hours to survive and make a restaurant-worthy three-course meal that’s with foraged ingredients and a protein of their choice during a cook-off for a panel that will ultimately choose one final winner.

Each episode follows two contestants with highly-trained survivalists while they are left in the wilderness to build shelter and forage for ingredients. The cooking competition is in a kitchen with multiple wood stoves, small fire pits, grills and cast iron cookware. The winner will be announced on the October 17th finale.

“‘Chefs vs Wild’ was an adventure I never imagined I would have the opportunity to experience,” Albert told Native News Online. “I got to push myself in my skills and creativity in one of the most beautiful places I have ever been. It was a challenge and an honor to represent my family and community.”

Albert is a self-taught chef of Cherokee and Acadian heritage who now runs Burning Cedar Indigenous Foods, a catering and consulting LLC in Tulsa, Oklah. During the COVID-19 pandemic, Albert was laid off from his position as executive chef at Duet Restaurant & Jazz Club in the Tulsa Arts District and decided to go “all in on being a part of the Indigenous food revitalization movement. Albert is featured in episode 02 titled, “Oh Matsutake, Where Are You?” available today on Hulu.

“I've always longed for more Native representation in cooking competitions and survivalist shows so when this opportunity came around I knew it was critical to increasing our visibility in these spaces,” Segrest told Native News Online. “To be able to share perspectives on our foods as teachers and a high-level introduction of the living bodies of knowledge on the land and the water and the possibility of powerful transformation is super exciting.”