Animated Short ‘Kapaemahu’ Could Make History at the Oscars 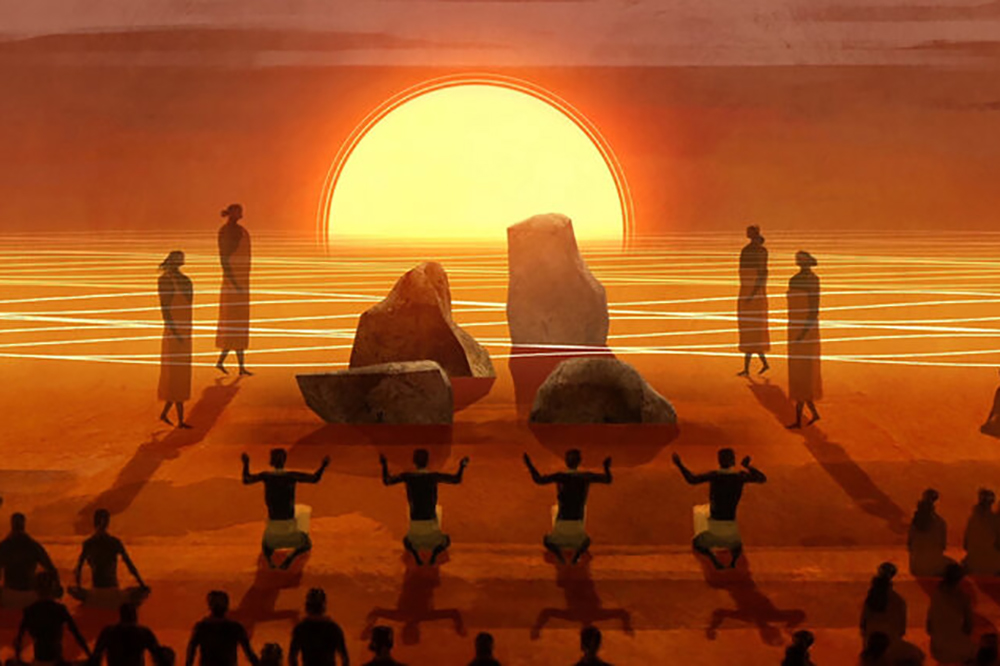 HALEIWA, Hawaii — Societies have been shaped through their legends and myths, which reflect worldviews, define human relations and teach life-long lessons. As a result of colonization, many Indigenous stories from all over the world were suppressed and consequently lost to history. But some traditional storytellers are utilizing contemporary techniques, such as filmmaking, to help secure these oral histories and ensure the survival of their messages.

For Native Hawaiian teacher and cultural practitioner, Hinaleimoana Wong-Kalu, this is a task she does not take on lightly. Her recent animated short film, “Kapaemahu,” reveals the hidden history of four monumental stones on Waikiki Beach, and the legendary transgender healing spirits within them. 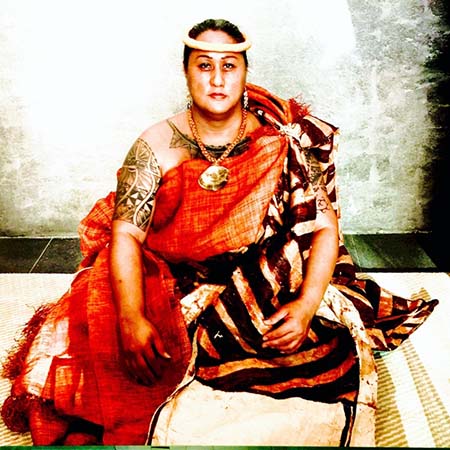 Director, producer and narrator Hinaleimoana Wong-Kalu. (Courtesy Kanaka Pakipika)“The work I do is largely based on being able to (convey) Hawaiian history, language and culture. As a filmmaker, it is an added facet that enables me to further uplift my people and the causes part of who we are,” Wong-Kalu said.

Last year, the short premiered at the Tribeca Film Festival and has screened at various festivals around the world. Currently, “Kapaemahu” is under review for the Academy Awards Shortlist and if selected, would be the first Native Hawaiian animated short to be nominated.

The film recounts that centuries ago Kapaemahu and three mahu (both male and female spirit) travelers journeyed from Tahiti to the shores of present-day Waikiki Beach. Greeted by the locals, the healers went to work caring for the sick and invalid. The grateful villagers commemorated their compassion with four large boulders, which they imbued with their powers. The stones are still on the beach today but are overlooked and misrepresented in the public eye.

The origin story became obscured during the 19th and 20th Centuries largely due to political, religious and other cultural influences that suppressed the traditional Polynesian perspective towards non-gendered people. As the years progressed, the stones were moved and neglected, but resurfaced in the 1960s. When the stones were restored in 1997, the non-binary identity behind the healers was omitted.

“Growing up here in Hawaii, most youth that go through a mainstream education don’t learn enough about Hawaiians,” Wong-Kalu said of how white-American curriculums never resonated with her but learned the correlations between Hawaiian and Native experiences.

“It was important to know what the white settlers did to our Native brothers and sisters. To be a Native in a western-dominated world, you have to be wise, judicious and conscious of what you do.”

In 2014, Wong-Kalu teamed up with GLAAD Media and Emmy award-winning filmmakers, Dean Hamer and Joe Wilson, to produce “Kumu Hina” (2014), a documentary of her life. Since then, the crew has worked collaboratively to teach and share diverse and inclusive stories of Polynesian culture. Through intense research and procurement of an early manuscript, they were able to bring new life to the Kapaemahu story and uplift mahu identity.

“I am also mahu, which like many Indigenous third-gender identities was once respected but is now more often a target for hatred and discrimination. I want our young people to understand that the ability to embrace both the male and female aspects of their spirit is not a weakness but a strength, a reason to rejoice not to fear,” said Wong-Kalu.

The stunning, stylized imagery throughout the film was created by art director and Oscar-nominated animator Dan Sousa, who recently worked on PBS’s five-episode series “Native America: Sacred Stories” (2018). Sousa single-handedly combined hand drawn and 2D animation at 24 frames per second, which took approximately nine months to complete both before and during the pandemic. Wong-Kalu narrates the eight-minute film in Olelo Niihau with English subtitles and features chant composer Kaumakaiwa Kanakaole. All these elements enhanced the overall aesthetic of the film to create a warmth and depth that can speak to all audiences.

While an Oscar nomination would be a tremendous achievement and honor, it is not a priority for Wong-Kalu and her team.

“I’m involved in filmmaking to reflect my home,” she said. “That has been my only goal. We will catapult (the film) rightfully in the place it needs to go.”
Click here to view “Kapaemahu” and learn more about the filmmakers.