A&E: New film ties 2Pac to Navajo Nation, plus a breakdown of Powwows and a world premiere of an American Indian classical concerto 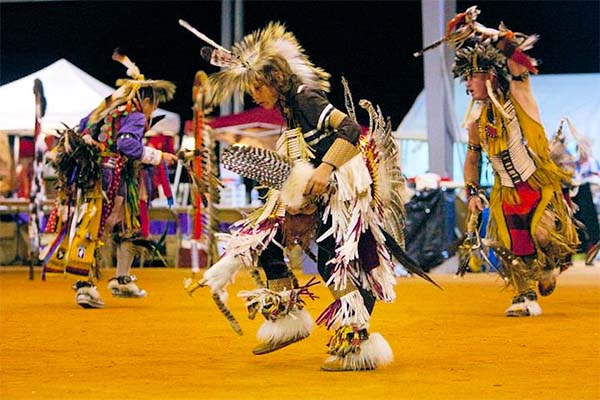 Welcome to Native News Online’s weekly column highlighting arts, entertainment and cultural events taking place all across Indian Country. Every Thursday morning, we’re delivering a round-up of festivities you might want to check out.

This week, aside from some highlights of powwows happening coast-to-coast, we also look at an upcoming documentary that’s attempting to connect a rap legend to Navajo Nation and the world premiere of a classical concerto composed by a Chickasaw citizen about an American Indian legend.

Las Vegas filmmaker ties 2Pac to Navajo Tribe While the premise seems beyond far fetched, a documentary currently in production says Tupac Shakur is alive and well and living in New Mexico under protection of the Navajo Tribe. Of course, none of this is confirmed.

Rick Boss, the Las Vegas-based filmmaker, titled his forthcoming film 2Pac: The Great Escape from UMC. For those unfamiliar, “UMC” stands for University Medical Center, the Las Vegas hospital Shakur was transported to after his fatal 1996 drive-by shooting. Shakur, who was riding in the passenger seat of music producer Suge Knight’s vehicle, died at the hospital six days after the shooting.

However, Boss suggests Shakur staged the entire shooting and then chartered a private helicopter to Navajo land in New Mexico, a place allegedly chosen for its seclusion from authorities. Boss recently spoke with ABC affiliate KTNV.

“This movie is about Tupac actually escaping from University Medical Center here in Vegas and relocating to New Mexico," Boss told KTNV. “Getting protection from the Navajo tribe.”

Boss said he derived the story after talking with some of Shakur’s close friends and family.

“You can write a fiction story, but this is not fiction,” he told KTNV. “This is facts through certain people I know.”

2Pac: The Great Escape from UMC is tentatively scheduled for a 2021 release.

Floridians who are in the mood for amazing food, dancing and celebrations may want to check out the annual Thunder on the Beach Powwow, which returns Feb. 14-16 at the Indian River County Fairgrounds. Native American trade vendors from across the map will be onsite, along with Native American drums, dancers and a live Saturday night auction (at FIHA Anniversary Powwow). This family-friendly event also features “full hook up” camping sites.

Entry is $8 per person in advance, $10 at the gate on the day of the event. Children ages 7-to-14 are $5 and children 6-and-under are free. Special rates for Scout groups.

Our Canadian readers might want to stop by the Spirit of the People—Family Day Powwow, held indoors at Chilliwack Secondary School in British Columbia.

Held in the Lower Mainland, this free-of charge Powwow is open to the public and honors tradition and ceremony at this Indigenous cultural celebration through cultural drumming, Indigenous dancing, authentic arts and crafts. A First Nations concession stand will also be onsite. Saturday, the event runs 1-11 p.m. Then, on Sunday, it runs 1-10 p.m.

While you’re there, meet members of the Indigenous communities of British Columbia, including members of the Sto:lo Nation and Aboriginal Education School District.

The annual Yuba-Sutter Winter Pow Wow (and benefit for James Graham and Lucky Preston, Paradise Fire Victims) is a one-day event organized by the Marysville Joint Unified School District’s American Indian Education Program. According to its organizers, the powwow “serves as a gathering place to see old friends and celebrate the culture of a diverse people.” It runs from 11 a.m.-6 p.m. and admission is free.

This annual event is “full of colorful Indian Dress with lots of fun dances and drum and team dance contests,” according to its organizers. All drums and dancers are welcome. Craft and food vendors will be on hand. There will also be a raffle. The Yuba-Sutter Winter Pow Wow reminds attendees it’s family friendly, stating: “No smoking, no drugs or alcohol are permitted.”

While Yuba and Sutter counties lack tribal land, this celebration draws attendees and participants from around Northern California. The opening of the event, Open Gourd, happens at noon followed by the Grand Entry (at 1 p.m.) to begin the dance session.

The Dallas Symphony Orchestra will present the world premiere of “Ghost of the White Deer” this weekend as part of an evening of classical love songs.

Written by composer Jerod Impichchaachaaha’ Tate, the new symphonic tone poem for bassoon and orchestra is based on a Chickasaw legend about a young brave who was promised the hand of a chieftain's daughter, provided he would bring the chief a white deer. According to Tate’s website, “The young brave set out for the hunt but never returned. The chieftain’s daughter would ofttimes see the white deer in the smoke of a late campfire with an arrow in its heart, yet still running. She lived thereafter alone, hoping that the deer would fall, then her lover would return.”

Tate, who is Chickasaw, grew up in Oklahoma in a creative family that encouraged his musical pursuits. Tate earned degrees in piano performance and composition from Northwestern University and the Cleveland Institute of Music.

His new concerto will be performed by Ted Soluri, principal bassoon player of the Dallas Symphony.

The Dallas Symphony Orchestra performs “Ghost of the White Deer” as part of a concert that includes works by Tchvaikovsky, Smetana and Martinů on Feb. 13-15 at 7:30 p.m. and Feb. 16 at 2:30 p.m. For more information, visit mydso.com.

Editor’s Note: If you have an upcoming arts event or powwow you want to share with Native News Online readers, please send information in advance to Rich Tupica at: [email protected]