Comedian Trevor Noah was asked to host the White House Correspondents’ Dinner this year, and he called out the hypocrisy of the dinner in a lighthearted way while raising concerns over serious issues at the forefront of the news cycle these days. 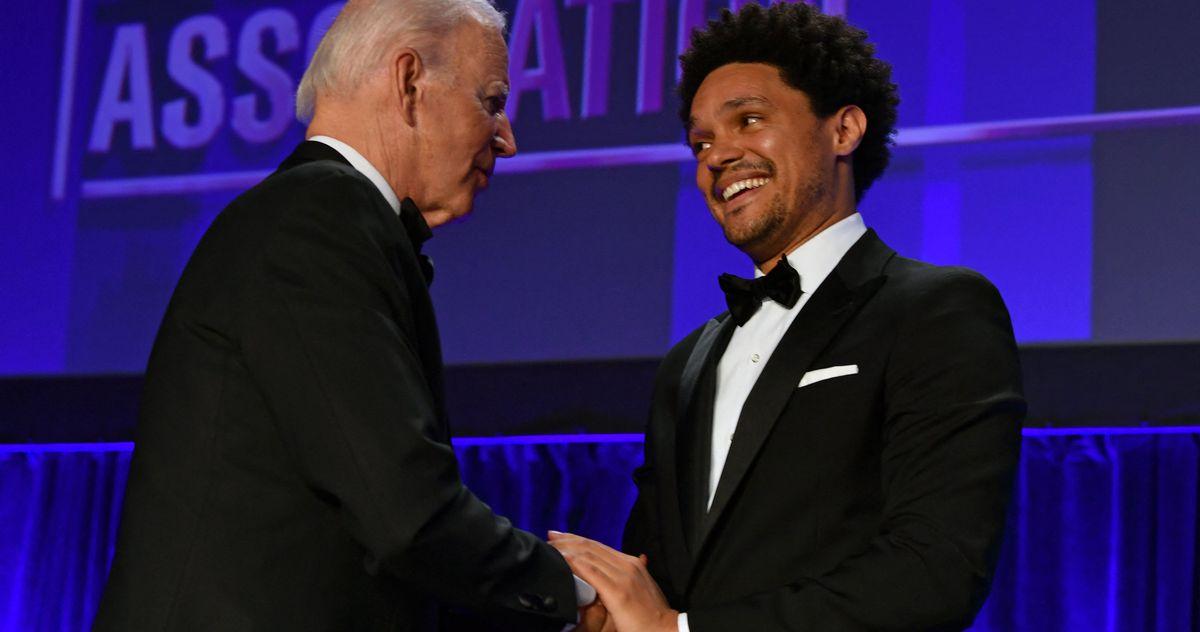 Noah called the event a Superspreader, and he put politicians in his sights, taking aim at both Democrats and Republicans. “It is my great honor to be speaking at the nation’s most distinguished Superspreader event,” Trevor Noah remarked. This dinner was the first of its kind to be held since Barack Obama’s tenure in the White House, and previous US President Donald Trump skipped the event entirely during his time in office.

Trevor Noah hosted the dinner, held in Washington, D.C. on Saturday, April 30th. He began the festivities by mocking the indoor event and how soon it was being held after the Gridiron Dinner that led to several members of Congress contracting Covid-19. The White House Correspondents’ Dinner was held just a few weeks later.

The dinner was attended by celebrities like Kim Kardashian and Pete Davidson, as well as numerous politicians and journalists. Noah called out many who were not at the dinner, including Joe Rogan and Sean Hannity, taking shots at how he would expect them to be at an event of that nature because of their penchant for decrying masks and social distancing policies. He said that Dr. Fauci declined the dinner because it was too dangerous, and yet celebrities managed to have no problem with showing up.

Noah touched on many hot topic issues, including the notorious Oscars slap, rising gas prices, inflation, and the war in Ukraine. Not all of these were topics for jest, however, and there has been some pushback from various conservative news outlets about some of the topics being joked about and about the perceived hypocrisy of the gathering itself.

A Return to Normalcy

The previous White House Correspondents’ Dinner was hosted by Larry Whitmore back in 2016 to send off then-President Barack Obama. The dinner was not held during the last few years due to covid-19 concerns. Many people eschewed public events like this for live-streamed events in order to avoid close proximity to other people who may have the virus.

For two years, we saw increased restrictions mandated across the United States in an effort to stem the spread of coronavirus. Any events where large groups were gathered have been called superspreader events, meaning that they could lead to a major outbreak of the virus in that area.

Many restaurants, casinos, retail stores, and other businesses closed down or offered alternatives to customers looking to stay safe and avoid contact with other people as much as possible. A massive market quickly grew for streaming events, เว็บสล็อตใหญ่ ๆ, sporting exhibitions, and other events where people were likely to come into contact with large crowds.

The fact that the Correspondents’ dinner is being held once more signals a return to more normal times. Many businesses have been reopened for a few months now after being shuttered almost entirely two years previously. Large sectors of American industry are slowly opening back, and this dinner held by the political party in power demonstrates that government is okay with large gatherings once more.

What you didn't see at this event were strict coronavirus mandates. It seems that the government believes the pandemic has ended, reaching endemic stages. There were no mask mandates in place and no social distancing, as evidenced by the many pictures and videos taken at the event.

In many ways, the dinner was a sign that the nation is recovering and healing and that what has happened over the last two years is mostly being put behind America. To many, the events seem like a way to celebrate the progress that has been made with the pandemic, including fewer numbers of sick in the hospitals, fewer deaths linked to coronavirus from month to month, in a general relaxation of COVID protocols. In fact, just last week, we saw the federal mandate for masking on planes lifted to mixed reception.