The Relative Benefits of Red Wine Consumption to Mental Health 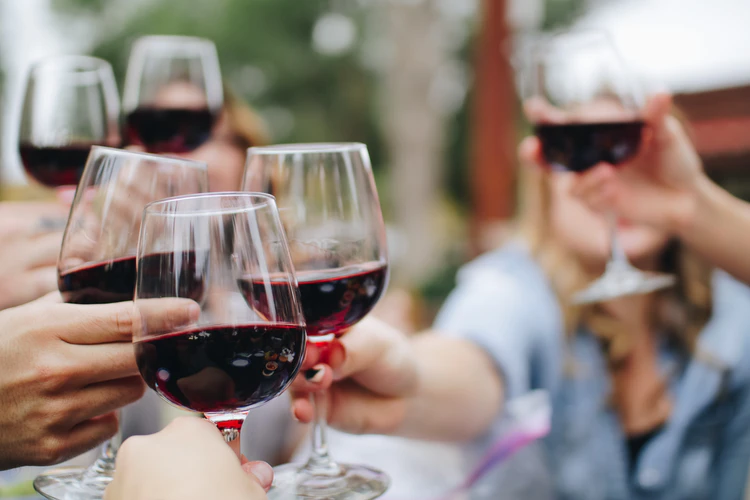 The proven purported benefits of red wine proved how it could be the ‘elixir of life.’ Medical experts have been recommending the moderate wine consumption of wine due to its anti-inflammatory properties that can reduce the risks of cardiovascular diseases and other chronic conditions.

But does wine also promote your mental well being? The answer is a resounding yes. Red wine in particular is often associated with elite brands such as the Screaming Eagle wine. Having even one bottle from this prestigious brand is enough to put any person at ease.

On a clinical level, yes, red wine is proven to give the body positive health effects when taken in moderation. Red wine can also help relieve yourself from all unwanted emotional glitches you’re feeling lately! Here are a few relative benefits of red wine to your mental health.

Earlier studies showed that resveratrol—the well-known wine compound that is typically found in red wines—has antidepressant activities in rats and mice. However, these animal models of depression is a hotly debated topic. More clinical trials are needed to find out whether it could benefit human beings, too.

This research, however, gained a lot of medical attention from experts, resulting in succeeding investigations about the factors that contribute to resveratrol’s antidepressant activity. For instance, a Chinese research team from Xuzhou Medical University claimed that resveratrol increases the levels of cAMP in a number of cell types.

Cyclic adenosine monophosphate or cAMP molecules function like hormones. They relay messages within the cell and respond to signals outside cells. Since it functions as a second messenger, resveratrol  targets it as a means of therapeutic interventions for depression, anxiety, and other mental conditions.
Another study revealed that resveratrol tends to interact with serotonin (feel-good chemical/happy hormone) and noradrenaline (related to alertness and energy) pathways in the brain. Having lower levels of these two neurotransmitters can result in depression. Resveratrol somehow works like serotonin reuptake inhibitors (SSRIs) and other tricyclic antidepressant drugs.

To put simply, resveratrol on wine may decrease stress hormones and effectively deal with unnecessary thoughts that can potentially cause anxiety and depression. It’s recommended to drink a glass of wine daily. Needless to say, too much consumption leads to  opposite effects, so keep always keep in mind to drink moderately.

The DASH diet (Dietary Approaches to Stop Hypertension diet) doesn’t only prevent and control high blood pressure. Medical professionals also recommend it to lower the risks of Alzheimer’s and other forms of dementia.

DASH diet is inspired by a traditional Mediterranean eating pattern, which includes a daily glass of red wine. Imbibing a glass of red wine every day could slow down the development of Alzheimer’s, especially in patients with mild cognitive impairment, according to Harvard.

Another Australian report stated that people ages 60 experienced 30% lowered Alzheimer’s risks after drinking wine moderately. Similarly, a group of professional nurses discovered that their subjects who consumed a day or less, on average, had better memory tests than those who abstained from drinking wine.

Also, a UCLA study published in the journal Experimental Gerontology mentioned that grapes prevent cognitive and other pathologic metabolic declines. And guess what? This protective effect can be “again” due to the presence of grapes’ antioxidants, including resveratrol.

Improves Brain’s Glymphatic System
Your brain’s cleaning department, which is scientifically called the glymphatic system, can be improved by red wine. In this system, proteins beta-amyloid and tau and other toxins will be flushed out by cerebrospinal fluid or CSF. These damaging chemical substances could result in Alzheimer’s disease and other forms of dementia if they aren’t going to be cleared by CSF.

A small amount of wine, or should we say moderate consumption of it, can tamp down the brain’s inflammation and aid in cleaning your brain. The University of Rochester Medical Center (URMC) observed a group of mice, whose brains were highly inflamed. The study concluded that those mice that consumed an equal amount of 2-2 ½ glass of wine had experienced lower brain inflammation levels and better CFS.

Researchers at Johns Hopkins University School of Medicine cut off the blood supply to the mice’ brains. Two hours before the induced ischemic stroke, the test subjects ingested a single modest dose of red wine.

The researchers concluded that those who had wine intake have less brain damage than those who don’t. The research also suggested that resveratrol in red wine improves the levels of heme oxygenase, an enzyme that protects nerve cells in the brain against radical damage.

In a nutshell, the study claimed that resveratrol could potentially promote brain resistance to ischemic stroke. However, its resveratrol should be together with its metabolites to prompt nerve cells in defending themselves from brain damage.

Wine has been famously dubbed as an anti-aging, disease-fighting drink that’s rich in powerful antioxidants. Sure, there have been several clinical studies and scientific research that claim a daily glass of red wine is good for us. Even so, there’s no concrete evidence as to why it benefits people, yet.