Nearly half of Americans are unable to cover emergency medical expenses – what can be done? 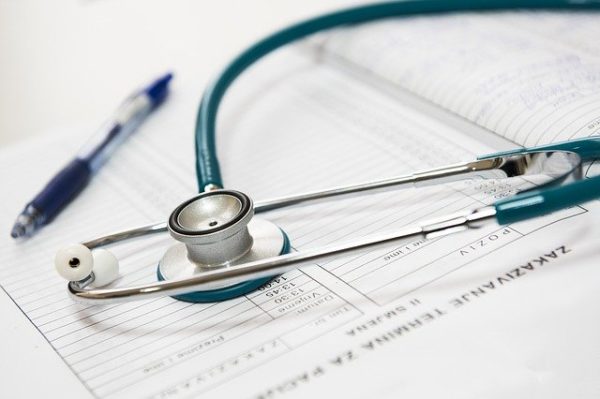 No matter how healthy you eat and how well you exercise, accidents and illnesses are an inevitable part of life and there’s only so much you can do to avoid them. Unfortunately, nearly half of Americans aren’t financially prepared to cope with emergency medical bills and, for some, a medical emergency leads them down to a spiraling path to debt and even personal bankruptcy.

According to a recent survey on healthcare costs, only 45% of Americans are able to cover a $2,000 medical emergency from their personal funds. Most of them rely on their credit card to cover the cost, borrow money from their friends, sell valuable possessions or take out a loan. In the United States, medical bills are the main reason for personal bankruptcy filings, which isn’t exactly surprising.

The U.S. has one of the most expensive healthcare systems in the world and patients here spend almost double compared to other developed countries. ER visits and calling an ambulance, services that are usually free in Western Europe, can cost thousands of dollars, and patients who don’t have insurance can even get medical bills of up to $20,000 if they require critical care. For the average American family, even something seemingly simple, such as slipping on the sidewalk during winter or falling off your bike, can feel like a traumatic event and the fear of high medical bills can even push people into taking risky loans or ignoring health problems.

Seeking compensation is a path worth pursuing

If your medical emergency was caused by an acute or chronic health condition, then the patient has to cover the medical bills. However, in the U.S., many people end up in the ER with bodily injuries because of an accident that they didn’t cause. This is especially the example of car accidents, slip and fall accidents, or injuries caused by wrongful products. All of these instances fall into the category of “personal injury” and what most people don’t know is that they are entitled to compensation. Until a few years ago, personal injury claims were more common in Europe, especially in countries like Germany, Ireland, and France, but the size of the personal injury market has begun to grow in the U.S. as well, reaching $35.2 billion in 2019.

Because being involved in an accident is often a traumatic and emotional experience, people automatically assume the worst, forgetting to seek legal counsel. However, this can be a huge mistake because you can end up paying huge medical bills when the responsible party could compensate you for your physical and emotional distress. If you’re not sure if your medical emergency counts as a personal injury, calling a lawyer is still worth the effort. Most firms in this field operate on a “no win no fee” basis, so you have nothing to lose.

Emergency funds are more important than ever

Medical expenses aren’t the only emergency that Americans cannot cover. Statistics show that the savings rate in the United States has dropped to 3%, which means that even something more minor, such as a car repair or home repair, can become a problem. Unfortunately, people in the U.S. don’t have responsible spending habits and finance experts are trying to raise more awareness on the importance of emergency funds. Often confused with general savings, emergency funds aren’t meant to cover family trips or birthday presents. Instead, they’re supposed to cover emergency expenses such as medical bills, at least partially, so that your life isn’t that affected by them. A good emergency fund should cover anywhere from three to eight months of expenses, but don’t feel discouraged if this sounds like a lot. In time, taking even a few dollars every month from unnecessary expenses such as eating out or entertainment, can slowly build up, so that when a medical emergency does occur in your family, you’ll have the funds to cover at least part of it.

Additionally, check if you’re eligible for a health savings account (HAS), which is just as beneficial as a retirement plan.

Financing options you should avoid

According to a study conducted by researchers at Harvard Medical and Law Schools, 62% of all personal bankruptcies were caused by medical bills and illnesses and it’s true that falling behind on your medical bills can be just as harmful to your credit score as skipping mortgage payments. However, certain financing choices made in a panic can do more harm than good. Case in point, taking out a payday loan or a loan from an unreliable lender. Even if this form of financing may look like an easy solution to the problem, it can cause more debt in the future because of the high interest rates. Talking to a lawyer to see if you can get compensation might take longer, but it’s better for your finances in the long run. For cases that don’t fall into the personal injury category, relying on your emergency fund, loans from family and friends, or selling luxury items you no longer need is more beneficial to your credit score and doesn’t trigger bad debt.

LIMRA’s 2018 Insurance Barometer study shows that many American consumers overestimate the cost of health and life insurance and imagine that’s it’s up to five times more expensive than it actually is. In reality, if you start paying for insurance early, when you’re not suffering from chronic medical conditions, premiums are quite affordable. And, even if you’re not paying for something that you can see physically, insurance is a great form of investment because it helps secure your financial future. As tempting as it might be to purchase other things with disposable income, consider getting health or life insurance – you’ll be pleased with your decision later on.