Everything You Need to Know about The Meru National Park 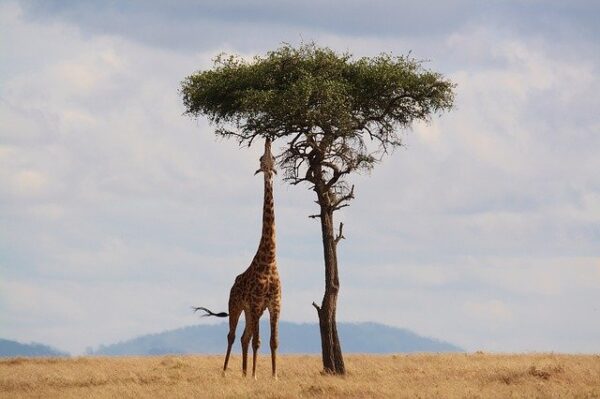 For many people, a Kenyan safari entails visiting the world-famous 8th wonder of the world- the Masai Mara, and the award-winning white sandy beaches of Diani.

Truth be told- we are also pretty hung up on these fantastic destinations as well.

Yet, Kenya is as diverse as it gets, and it has so much more to offer to those who dare to take the unbeaten path.

One of these unbeaten paths leads to the beautiful, unspoiled Meru National Park.

Meru National Park is located in Meru County, about 350Km from Kenya’s capital, Nairobi. It is surrounded by other smaller reserves, namely Kora, Bisandi, Rahole, and North Kitui.

The Kenya Wildlife Service describes it as a ‘complete wilderness,’ and it is not hard to see why.  The park is a surprise at every turn, with vegetation ranging from thorny bushland to wooded grassland, and riverine forest to open grassland.

Thirteen rivers crisscross the park, bringing with them the life that feeds the vegetation and its inhabitants.

Speaking of inhabitants, Meru National Park boasts of the big five- lion, leopard, elephant, buffalo and black rhino. The herds of buffalo at this park are some of the largest in Kenya.

Also featuring prominently are different species of antelopes such as the lesser kudu and duiker. Hippos and crocodiles fill the rivers, as do Barbus and Catfish. Bird lovers will not be disappointed, as this vast park has over 427 bird species recorded.

Snakes do not exactly come to mind when one thinks of safari trips in Kenya, but Meru National Park is also home to pythons, puff adders and cobras.

Other than the excitement of watching wild animals, the many rivers in this park provide budding fishermen (and women) with a chance to catch their dinner! There is plenty of tilapia to be found and this is a chance for one to show off those angling skills.

The Story of Elsa the Lioness

This majestic park has an interesting bit of history attached to it. It was home to Elsa, an orphaned lion cub that was brought up by conservationists George and Joy Adamson. This came to be when George shot and killed Elsa’s mother in self-defense, only to realize later that the lioness was protecting her three cubs.

After this incident, the Adamson’s took Elsa into their care to teach her how to hunt, hoping to release her back to the wild. The lion cub grew up and got three cubs of her own.

Elsa’s story, Born Free, written by Joy Adamson was published in 1960 spending 13 weeks in The New York Times Best Seller List. It was also made into an award-winning film of the same name.  Joy Adamson and her beloved Elsa are both buried inside Meru National Park.

Over a Bridge into Kora National Park

Kora is not just an extension of Meru National Park but a majestic beauty that is worthy of standing on its own. It is dotted with inselbergs (small rocky hills/mountains), breathtaking waterfalls, and abundant birdlife. It is an excellent safari destination for rock climbing as well as fishing on the mighty River Tana.

Despite being a complete wilderness, Meru National Park is on par with the rest of the parks when it comes to accommodation. Whether you are looking for 5-star accommodations or hoping to pitch a tent and be one with nature, this park offers you all options.

Elsa’s Kopje, aptly named after the famed lioness, is perched atop the Mughwango Hill near George Adamson’s original camp. It offers breathtaking views that reach as far as the eye can see while showering guests in luxury.

Rhino River Camp is another luxury camp set along the Kindani River. The lodge has large, canvas rooms that blend with the surroundings overlooking the river- making it one of the most romantic spots in the park.

For those working with a budget, KWS operates self-catering cottages and guest houses. There are plenty of campsites in various locations within the park available for a song.

How to Get There

Meru National Park is about 350Km from Nairobi. It can be approached from the Nairobi-Nyeri-Nanyuki Road which leads to Murera Gate. It can also be reached via Nairobi- Embu Road through the Ura Gate.

For those who would like to fly from Nairobi, there are three airstrips in the vicinity of the park. The main airstrip is Kina, and the other two are Mulika and Elsa’s Kopje.