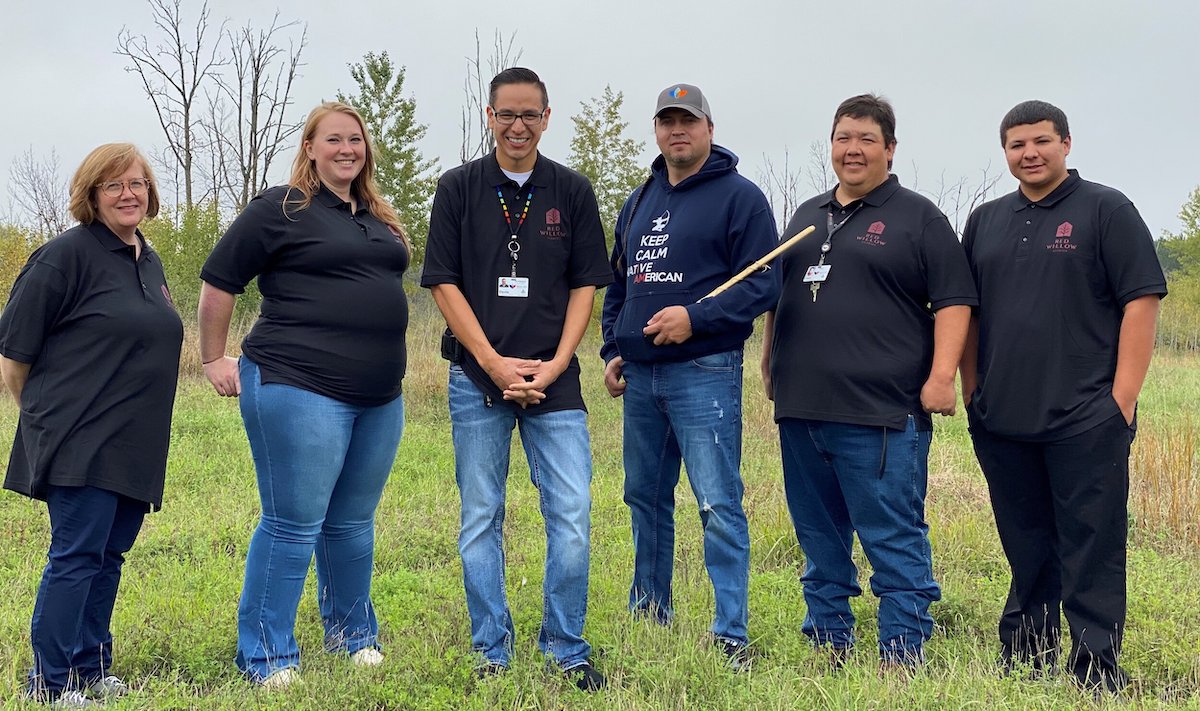 This week, we debut a weekly round-up of stories about Native business and the Tribal economy, with reporting from our sister publication, Tribal Business News.

The Mille Lacs Band of Ojibwe and its Mille Lacs Corporate Ventures arm realized that they may have been missing a critical piece to create a resilient economy for the central eastern Minnesota tribe.

While the tribe had developed a series of its own successful enterprises, the pandemic led them to realize that they needed to do more to support tribal citizens in their own entrepreneurial ventures.

“We recognized the risk of only pulling that one lever within a region when it’s all dependent on the mothership and everything’s tied together,” Dustin Goslin, vice president of business and economic development at MLCV, told Tribal Business News.

Leaders began to ask: “Can we pivot and do more things around building an entrepreneurial ecosystem?” That pivot led MLCV to create a series of business incubators, a process detailed in this week’s centerpiece report in Tribal Business News.

The pandemic also caused the Coquille Indian Tribe in Oregon to make some stark revelations, namely that the prized Chinook salmon that’s been ingrained in the tribe’s culture for centuries was facing extinction.

Tribal leaders worked with the Oregon Department of Fish and Wildlife to create an action plan to save the salmon stocks, which led the two parties into deeper discussions about how they interacted. The result: ODFW signed an agreement to give the tribe power to manage fish and wildlife in the five-county area of the Coquille River watershed, a deal that also opens tribal members to have the ability to hunt, fish and trap.

“This is a path forward,” Coquille Tribal Chair Brenda Meade told Tribal Business News for this week’s report. “This is sovereignty. We are working together for the common good.”

In another flex of sovereignty, this time focused on food security, the Mississippi Band of Choctaw Indians is in the middle of a process to convert its Choctaw Fresh Produce business into a nonprofit that provides healthy “culturally significant” food to tribal members.

While the company was formed to supply the tribe’s casinos and to sell produce to local grocery stores and some non-Native buyers, the pandemic — once again — forced the tribe to think differently about the organization’s mission, especially since many Choctaw lacked access to fresh, healthy food.

Elsewhere in Indian Country, tribally owned internet service provider Tidal Networks is expanding its scope with an agreement with the Sitka Tribe of Alaska to bring service to Sitka, the tenth largest city in the state.

The project builds on work the Central Council of the Tlingit and Haida Tribes of Alaska-owned company currently is undertaking to launch fixed 4G wireless internet service in Wrangell later this year.

This edition includes federal contracting news from Alaska Native-owned Akiak Technology LLC and Cherokee Nation Operational Solutions, as well as expansions at the Northwest Native American Center of Excellence at Oregon Health & Science University thanks to a $3.4 million federal grant.

Road to Healing Testimony: “We Were Being Taught How to Be White”
Photos from the "Road to Healing" Tour in Michigan
This Day in History:  Indigenous Culture Boosted as the American Indian Religious Freedom Act Becomes Law on August 11, 1978
Michigan Stop on Road to Healing Tour Expected to Draw 500 to Share Their Boarding School Experiences
July 31st is Lā Hoʻihoʻi Ea, or Sovereignty Restoration Day