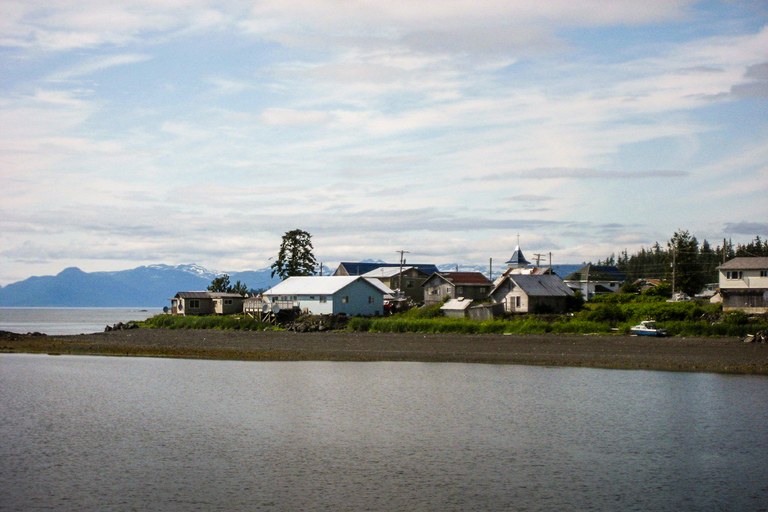 When a food shortage hit the Organized Village of Kake in Alaska at the start of the pandemic, Tribal President Joel Jackson’s thoughts turned to hunting.

Jackson asked state and federal lawmakers in April to approve an emergency out-of-season hunt in the Tongass National Forest for the tribe, which it granted three months later. But now, the state of Alaska is asking a federal court to reverse that decision.

This story was originally published at High Country News (hcn.org) on Oct. 12, 2020.

If the state prevails, not only will rural communities and federally recognized tribes be prohibited from requesting emergency hunts, however dire the circumstances, the Organized Village of Kake will lose some of the rights it is promised under the Alaska National Interest Lands Conservation Act, or ANILCA, which protects the hunting, fishing and access to traditional foods that tribal citizens have relied on for generations.

The Alaska Native village of Kake, with a population just shy of 600, is surrounded by wandering seas and the Tongass National Forest. But its remote location means that food has to come from Washington via barge, and residents have only two options for purchasing it: a small grocery store and a mini-mart that are often sparsely stocked, even in ordinary times. The pandemic has made everything harder, with both stores experiencing a lack of fresh food and nutritionally sound meat.

“Right now, it’s all about getting the best nutrition for our people to make sure that they’re as healthy as they can be to fight COVID.”

Even when barged foods are available, as Jackson and the tribal council pointed out, they are not as healthy for elders and tribal citizens as traditional and wild foods. “Right now, it’s all about getting the best nutrition for our people to make sure that they’re as healthy as they can be to fight COVID,” Jackson said.

Though the community requested permission to hunt in April, the state initially denied that Kake was facing a COVID-caused food shortage. Unified Command, the agency responsible for tracking food shortages in Alaska, declined to comment on how it evaluated Kake’s situation, nor did it explain how the agency identifies food shortages in communities across the state.

The tribe declared a Food Security Emergency on June 23, and Jackson again testified before the board. The board voted to authorize a permit for the hunt, and shortly afterward, two moose and five deer were successfully distributed to both tribal and non-tribal members of the village.

By August, however, two months after the hunt, the Alaska Department of Fish and Game had filed a lawsuit in U.S. District Court, alleging that the board’s decision violated several laws, most notably ANILCA. The state claims the board overstepped its authority when it opened federal lands near Kake and permitted tribal members to hunt out of season. Attorneys from the Native American Rights Fund (NARF), representing the Organized Village of Kake, believe the lawsuit illustrates a larger controversy involving the state of Alaska’s long-standing political dispute with the federal government over Alaska Native subsistence rights.

“The board took an action here to try and provide some relief to a community that, like so many other communities, are under siege right now from coronavirus,”  NARF attorney Matthew Newman said. “Unfortunately, the board’s effort here has been attacked as part of a much different battle between the federal government and the state of Alaska about who gets to control fish and game management.”

ANILCA, which was passed by Congress in 1980, settled land claims and granted rural Alaskans priority for subsistence use of fish and game on federal lands, with the understanding that the state would be responsible for management. That system worked for almost a decade, until an Alaska Supreme Court decision gave authority over subsistence management back to the federal government. ANILCA expressly states that access to subsistence foods is necessary for the Native way of life, NARF attorney Newman said. But if the state’s claims are granted, the board’s ability to provide access to subsistence foods and to fulfill its trust responsibilities to the tribe will be severely impaired.

“This is an issue about the state wanting to be the ultimate authority on deciding who gets to hunt and when and where.”

“This is not an issue over five deer and two moose, this is an issue about the state wanting to be the ultimate authority on deciding who gets to hunt and when and where,” NARF attorney Newman said. “And right now, they have to share that responsibility with the federal government, and they don’t like that arrangement.”

In the meantime, the Organized Village of Kake tribal council is creating its own hunting permit system in an effort to avoid further food-shortage emergencies. “We don’t want to waste time trying to get the blessing of the state,” Jackson said. In the future, the tribe will deal with any legal issues if a hunter is stopped by an agency, Jackson said. Jackson declined to further comment on the permitting process.

“This issue of subsistence, or what we like to call ‘our way of life’ — we feel that we should be in charge of this. We are the tribal governing sovereign nation. We should have the right to manage our fish and wildlife in our areas,” Jackson said. “It’s about time that we need to have this discussion with the state and feds where we’ll be able to co-manage or manage our own resources around our customary traditional areas.”

Jessica Douglas is an intern at High Country News.