WASHINGTON — The Burt Lake Band of Ottawa and Chippewa Indians this week got a win in a federal court case that’s part of the Tribe’s 85-year battle to win federal recognition.

Judge Amy Berman Jackson of the United States District Court for the District of Columbia ruled in the Burt Lake Band’s favor, saying a 2015 ban on the Tribe’s re-petitioning rights by the Bureau of Indian Affairs was “neither well reasoned nor rationally connected to the facts in the record.”

In her opinion, signed March 25, Jackson vacated the ban, calling it “arbitrary and capricious.” She remanded the matter to the Dept. of Interior.

The Burt Lake Band, which is based in northern Michigan’s Cheboygan County, originally filed the lawsuit in 2017 against then-DOI Secretary Ryan Zinke and current BIA Asst. Secretary for Indian Affairs Tara Sweeney. The lawsuit suit alleges that the BIA’s “nondecision” on the Tribe’s petition for federal recognition prevented the Burt Lake Band from receiving benefits and services — including access to education, health and welfare programs — that are available to recognized tribes and their members.  The Tribe has sought federal recognition since at least 1935, Jackson's opinion notes. 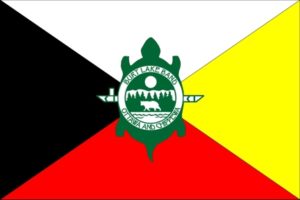 The Burt Lake Band, which is based in northern Michigan’s Cheboygan County, originally filed the lawsuit in 2017 against then-DOI Secretary Ryan Zinke and current BIA Asst. Secretary for Indian Affairs Tara Sweeney.

Native News Online reached out to the Burt Lake Band, which declined to comment.  A spokesperson for U.S. Dept. of Justice said on Monday that the DOJ "is reviewing the opinion."

Jackson’s ruling revolves specifically around a 2015 move by the DOI, which initiated a rule-making procedure to consider changes to its Part 83 regulation. The so-called Part 83 process sets forth the criteria and steps for Tribes to gain federal recognition.

Acknowledging that the Part 83 process was “widely criticized as broken” or “in need of reform,” the BIA published a public notice of a proposed rule to revise the regulations governing federal recognition of Indian Tribes. One of provisions of the proposed rule change would have allowed Tribes that had been previously denied recognition to re-petition the agency for recognition under limited circumstances, Jackson’s ruling states.

In July 2015, when the BIA published the final rule, it declined to adopt the provision it had originally proposed, explaining the exclusion in a single paragraph. In her opinion, Jackson writes that the reasons outlined were “not an explanation that justifies the choice the [BIA] made” to exclude the provision.

Jackson’s ruling could open the door for the Burt Lake Band to petition the DOI and present new evidence that shows the Tribe meets the requirements for federal recognition.

At present, there are three pending petitions from Tribes that are pursuing  federal acknowledgement under the Part 83 regulations as revised in 2015, according to the BIA website. Additionally, five other Tribes will become petitioners once they supplement their filings, the BIA website notes.

NOTE:  This story has been updated to include a comment from the Dept. of Justice.