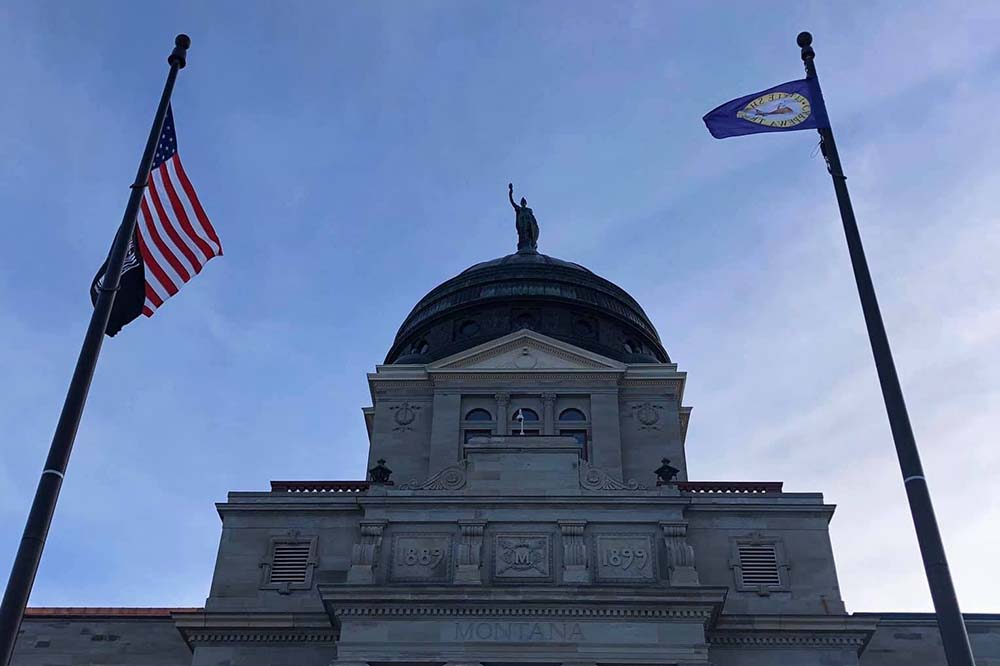 In December 2019, the U.S. Senate passed the National Defense Authorization Act (NDAA). Included as a rider was the federal recognition bill for Montana’s Little Shell Tribe of Chippewa Indians. The passage of this law was a long-awaited victory for Little Shell tribal members, who had been fighting for federal recognition for more than a century.

However, due to the Covid-19 pandemic, Little Shell’s first year as a federally recognized tribe has been drastically different from what was originally expected.

The Coronavirus Aid, Relief, and Economic Security (CARES) Act, signed into law in March, allocated $8 billion in funding to tribal governments across the United States. The Little Shell Tribe qualified to receive $25 million in CARES Act funding, yet with this money comes a catch: it must be spent by the end of December.

In April, the Navajo Nation, along with 10 other tribes, filed a lawsuit against the Secretary of Treasury, challenging the department’s initial plans to provide CARES Act funding to Alaska Native Corporations. The tribes took issue with the fact that many Alaska Native Corporations are for-profit and include some stakeholders who are non-Native. The CARES Act money was put on hold for all tribal governments until the lawsuit was resolved in early May, when the court sided with the tribes.

For the Little Shell Tribe, this late disbursement of money has made the December deadline even more difficult to meet.

“The CARES Act has added a lot more workload, especially for the tribal council,” said Tribal Chairman Gerald Gray. “It’s a short deadline with a lot of guidelines to meet.”

So far, the tribe has purchased vans and pickup trucks to shuttle people to medical appointments and deliver food. The tribe also purchased a building in Great Falls, Mont., where the tribal headquarters is located, to house a health clinic and is currently working to renovate the tribe’s community center kitchen.

While the funding has allowed the tribe to jumpstart some projects, there are limited resources to complete these projects within the timeline of the CARES Act.

Without those extra weeks in April to start allocating money to various projects and tribal members impacted by Covid-19, the tribal council is concerned that they won’t be able to use the funding soon enough.

“In Great Falls, there are only so many resources like contractors available to get things done,” said Chris La Tray, a Little Shell member. “These things take time.”

In addition to the CARES Act deadline, the tribe is also navigating what the next stage will look like now that it is federally recognized.

In total, there are 574 federally recognized tribes in the United States. Since the late 1970s, only 12 tribes have received recognition. The legal process is long and difficult, and it can take years for any progress to be made. Because of how infrequently tribes receive federal recognition, the steps that follow are often unclear and specific to each tribe.

“There’s no playbook for what to do,” said Josh Clause, a lawyer who has worked with the Little Shell Tribe.

Clause, of the firm Clause Law, specializes in federal Indian law and policy. When a file showed up on his desk in 2009 from the Little Shell Tribe, the then 20-something lawyer had no idea he would be spending the next decade flying back and forth from Washington, D.C. to rural Montana to develop a legislative strategy. For Clause, it felt like each year they would take two steps forward and one step back — the road to federal recognition is a notoriously arduous one.

In 2018, a bill that would have given recognition to the Little Shell Tribe was blocked by the U.S. Senate after Republican Sen. Mike Lee from Utah voted against it. The bill required a unanimous vote to pass, and Sen. Lee was the only one to oppose it.

But Clause and the tribe finally reached the home stretch in July 2019, when federal recognition for Little Shell was added as a rider to the National Defense Authorization Act (NDAA) by Montana Gov. Steve Bullock and Sen. Steve Daines. Because the NDAA is considered and passed every year, the tribe was more confident it would be granted recognition than any other time before. Later that year, in December, the law was passed.

As the most recently federally recognized tribe, Little Shell council members are able to work with representatives from the Bureau of Indian Affairs (BIA) to plan their next steps. However, this process is slow-going due to the Covid-19 pandemic and because only a few people are employed by the BIA to represent large regions of the United States.

Little Shell Tribe’s long-term goals are to eventually operate a health care and education system for tribal members. With CARES Act funding, the tribe is able to make steps toward these aspirations. However, the December deadline creates pressure to rush projects without allowing time to figure out how the money could be best spent.

“The biggest challenge is creating a government infrastructure with all the programming and internal procedures that need to be incorporated,” Clause said. “And it’s exceptionally difficult to do that during a pandemic.”

But even with the fast-approaching deadline and the pressure that comes with it, the tribe is committed to pushing ahead with its goals, with or without further support from the CARES Act.

“Little Shell has never relied on the federal government,” said Chairman Gray. “Our goal for the tribe and our members is to be as self-sufficient as possible.”

Claire Carlson grew up in the foothills of the Sierra Nevada but can now be found exploring the mountain ranges of western Montana. She is pursuing a master's degree in environmental studies at the University of Montana.