Woke to the Truth 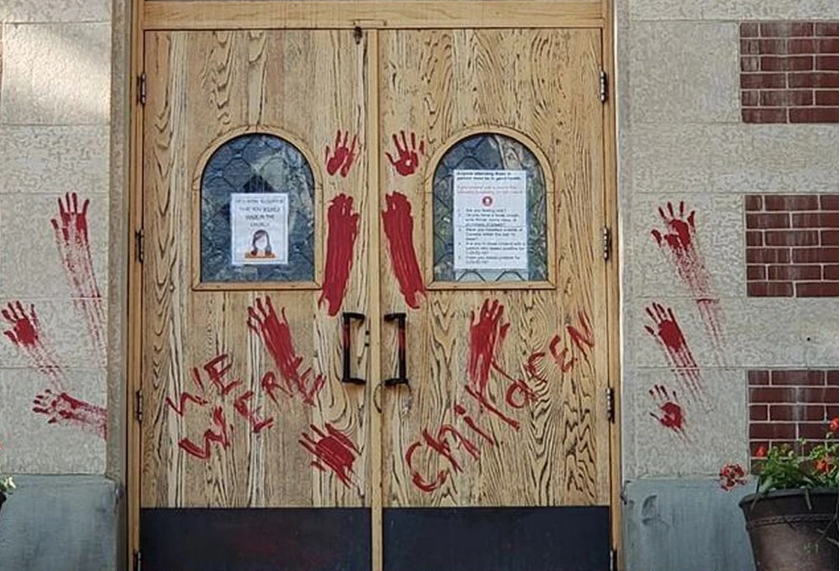 While the emerging stories about Indian residential school cemeteries in Canada are shocking to many, they are not to many Native Americans and First Nation citizens.

When I wrote my master’s thesis for my first master’s degree in public administration 30 years ago in 1991, it was focused on federal Indian policy. It focused all of the Indian policy periods throughout U.S. history.

Included in the various periods was the Indian boarding school era. It was by far the hardest part of my thesis. Because I was interested in understanding this fully, I read all kinds of accounts of the experience lived from individuals who were part of this dark chapter in history. It took me two and a half years to write my thesis because it was heartbreaking to delve deep into the boarding school experience.

One of the most psychologically challenging accounts to read was how the missionaries used wooden blocks to stop Indian children from speaking their language. Some of the Indian boys and girls were told their parents had died so they wouldn’t try to escape the boarding school. When these children tried to mourn their parents because they believed they had died, the missionaries prohibited them from exercising their traditional funeral rituals.

Many American Indian boarding schools have their own cemeteries. Could you imagine sending your child off to a boarding school today if they had a graveyard in the backyard?

For all of those counterculture people or those who claim that critical race theory should not be taught, they are on the side of whitewashing American history. In psychology and sociology there is a term called cognitive dissonance. Those terms as well as the concept of collective denial, is why we don’t learn about these facts in American history.

Most aspects of American Indian history are not taught in schools. Certainly, the Indian boarding school era is not part of the curriculum.

Did you know U.S. Japanese internment camps were modeled after the first Indian reservation experience?

Did you know that germ warfare and ethnocide was born in American Indian history?

Did you know the concept of Indian blood quantum, the amount of Indian blood you have, initially a system the federal government placed on tribes in an effort to limit their citizenship, was created to under count and eventually eradicate the American Indian population?

Did you know that Hitler modeled the Jewish concentration camps after the American practice of concentrating American Indians onto a reservation and introducing disease by gifting Tribes with smallpox infected blankets?

Whitewashing our history and these facts is intended to suggest there is something inferior about American Indians. That we are intellectually inferior to other races. Early scholars in anthropology wrote about our ancestors as if they were less than human and not civilized. We didn’t even have the right to vote until 1924. We were the last of Americans to be granted this right. Our religious practices were illegal until 1978. Our children were stolen from our families until the Indian Child Welfare Act was passed in 1978. Even today—in certain states and jurisdictions—Indian children are still stolen from their families.

None of this is intended to blame anyone who is alive today. But we all have a duty to understand the facts, our history, and how this impacts us today. One important reason is so that we don’t repeat history. Immigrant children locked in cages and disconnected from their parents is the same as the Indian boarding school experience. The atrocity of separating a child from their family is inexcusable and unforgivable. No matter who is president or who locked up these children, it is really no different than the Indian boarding school experience. Those who argue cancel culture would have you believe this is no big deal. Again, if we don’t know our own history, we are doomed to repeat it.

So while I am grateful that the world is becoming “woke” to the experience of Indian children being slaughtered, beaten to death, or driven to suicide based on a broken heart at these boarding schools, we have known this for some time but we’re just unwilling to look more closely.

I appreciate Secretary Deb Haaland’s commitment to go back and examine these boarding schools to get an account of how many Indian children were murdered at the hands of the American government. It is my hope that this will lead to repatriation of the remains of these children back to the respective families and tribes.

Finally, the concept of critical race theory is not about blaming anyone. It’s about understanding the truth and looking for explanations for why certain populations have the worst of the worst statistical outcomes.

As documented in the U.S. Commission on Civil Rights Broken Promises report, American Indians have the worst of the worst statistical outcomes.