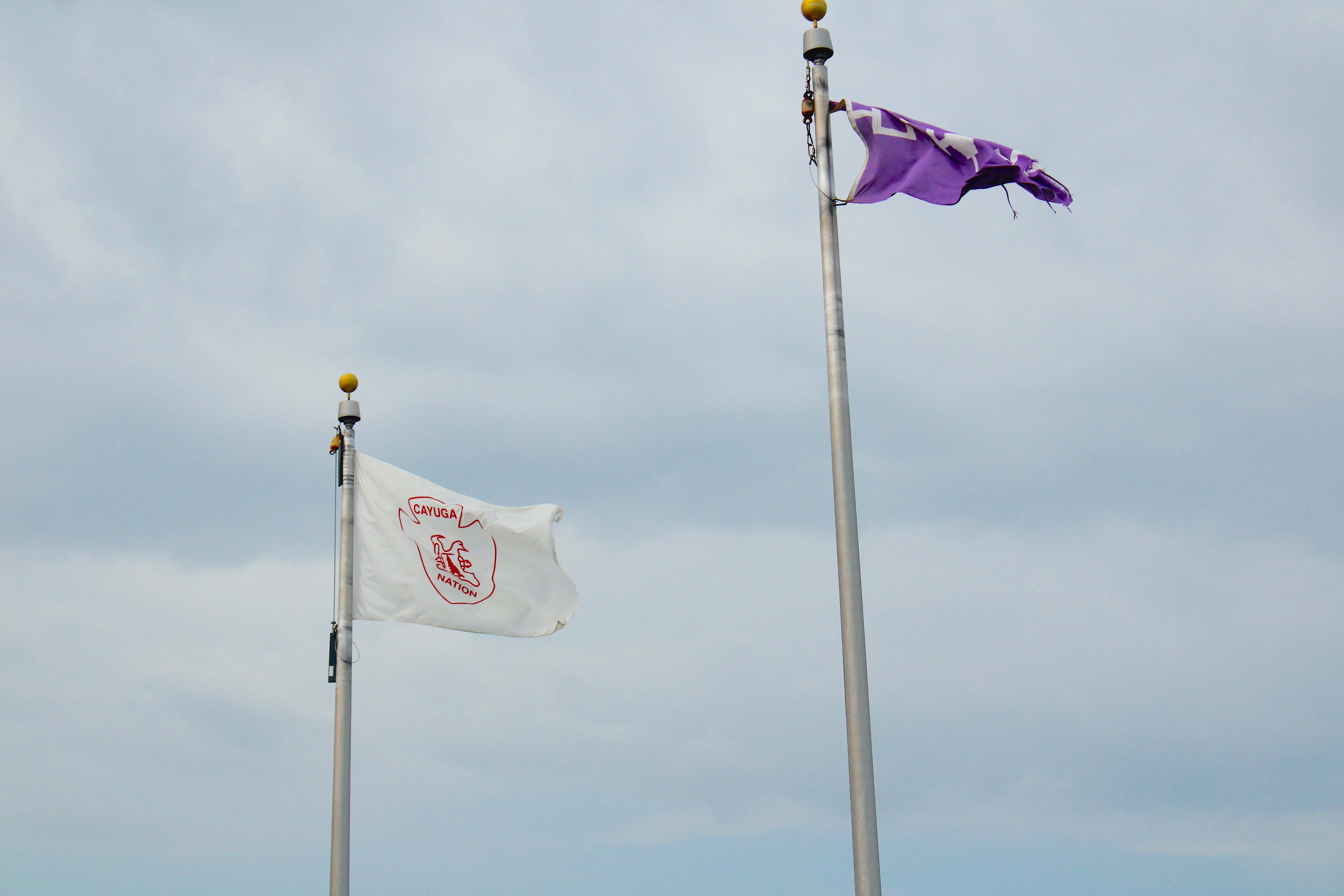 Guest Opinion. Ask most people to picture a Native American and a distinct image will inevitably come to mind. Maybe it’s a Disney character, sports mascot, or wooden figure outside of a cigar store. They’re almost certainly wearing a feathered headdress or face paint, carrying a tomahawk, or hunting buffalo with a bow and arrow. If this is your mental image of a “real” Native American, you are seeing a stereotype.

Let’s be clear here: Many Native Americans still wear regalia—the proper name for traditional dress—during powwows and other cultural celebrations, just like you will see lederhosen and dirndls at German Oktoberfests around the world. Regalia can be an important way to keep culture and traditions alive. 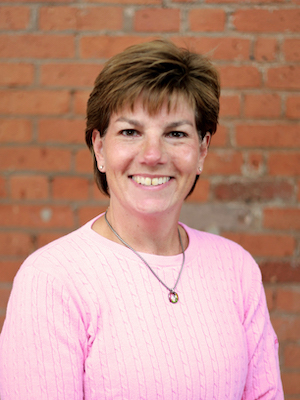 Missy Barringer (Courtesy photo) Modern Native Americans, however, are much more than that. Many are savvy and successful business leaders, running massive economic-development enterprises that generate millions of dollars or more in revenue to fund their governmental operations and provide for their members. On most days, they dress just like everyone else. And perpetuating stereotypes has sadly become a convenient way for non-Natives to undermine and disrespect them.

While this is shameful and destructive when it’s the ignorant who intentionally want to tear down and disrespect Native culture, it’s almost worse when it’s the well-intentioned—that is, the non-Natives who think of themselves as “woke” and feel like they are honoring Native peoples by paying deference to those who dress and act traditionally. That crowd only undermines us by dictating how Native people should act, dress, and think. They keep us trapped in the stereotypes.

In New York State today, the Cayuga Nation is under attack by non-Natives who think they are doing good by supporting a small but vocal minority of its citizens who wish to overthrow the Cayuga Nation government for their own benefit. These self-declared “traditionalists” believe that being “traditional” (i.e. speaking in the native tongue, dressing in ceremonial clothing, etc.) makes them more legitimate citizens and gives them authority to run the Cayuga Nation. This is both false and insulting to all the progress our people have made. The majority of Cayuga Nation citizens have fully embraced what it means to be a modern-day Native American while still honoring their traditions. The Cayuga Nation leadership issue was resolved in 2016 when its citizens confirmed the members of the Cayuga Nation Council and the Nation’s governance structure. The same small opposing group participated in that process, tried to take control of the government then, and failed at getting the support of the Cayuga citizens as a whole.

Though the leadership issue has been resolved now for many years by the Cayuga citizens themselves, which the Bureau of Indian Affairs and federal courts have recognized, these disgruntled individuals make false claims about Cayuga law that have no bearing on the Nation’s governance today.  In so doing, these individuals—most of whom are non-Natives—are only removing the agency of Cayuga Nation members who have exercised their right to self-governance by choosing their own leaders. These individuals do not have the authority to dictate how the Cayuga Nation should be governed, and they should stay out of our affairs.

We are our own people with our own laws and our own form of governance. To say we must abide by centuries-old laws is to imply that the Cayuga Nation cannot advance as a people. We are not forced to stick to the “traditional” way of how Native Americans existed, just as we should not be expected to remain in traditional dress to be considered legitimate Cayuga Nation citizens. We, just like any sovereign society, have advanced for the betterment of our people. Yet, the activists and non-Natives meddling in our affairs seem to think they are doing us a service by insisting we honor old traditional ways of operating, rather than who we are today. The federal government does not acknowledge the Haudenosaunee Confederacy today as a form of government. The Confederacy’s laws have no relevance to how we—or any of the Six Nations—conduct ourselves in the 21st century.

Local elected officials, too, have supported these so-called “traditionalists,” but for other, more pernicious reasons. They benefit politically from leadership disputes that appear to divide the Cayuga Nation, so they support insurgents who lack popular support and have no legitimate claim to leadership. It is not about respecting traditional Cayuga culture: Their worst fear is a truly united Cayuga Nation, and they have pulled out all the stops to prevent it. This abrogation of the Cayuga Nation’s sovereignty is both unlawful and paternalistic. They do not have the authority to dictate how our Nation should be governed and who is best suited to lead it, period.

To imply that any individuals have more of a right to govern the Cayuga Nation due to their “traditional” standards is insulting and blatantly racist.

Here are the facts: as a sovereign entity, only the Cayuga Nation can choose its leaders. In 2016, the so-called “Council of Chiefs” participated in a process to determine the governance and leadership of the Cayuga Nation. They were rejected by more than 60 percent of the Nation’s membership. As part of their subsequent campaign to seize power, they have sought to ally themselves with outsiders (local governing bodies, student groups, activists, and non-Natives with a vested interest in the Cayuga Nation’s failure) who do not understand or respect our people’s governance structure and independence.

It’s no surprise that white non-Natives are more comfortable with stereotypical images of indigenous people rather than the strong, independent, and economically advanced business leaders many of us are today. In the Cayuga Nation’s case, its current Council and federal representative, Clint Halftown (who has been unfairly demonized by the above-mentioned non-Native groups), has focused on economic development, grossing millions of dollars over the last two decades. These revenues have allowed the Nation to acquire lands within its traditional reservation borders, funded essential government operations, and provided goods and services directly to the Cayuga Nation’s membership.

We may not look and dress the way non-Natives think we should, but we are the ones keeping the Cayuga Nation’s traditional culture alive by positioning the Nation as an economic force to improve our citizens’ quality of life. Telling us to be like the “traditionalists” is an attempt by non-Natives to control the Cayuga Nation economically and imply we should stay in our lane.

No board of supervisors, no group of activists, no non-Cayuga Native Americans, and no non-Natives determine who we are or who should govern our people. If you want to support the Cayuga Nation, stop meddling in our affairs. Your people have done enough damage already. It’s time to set a better example.

Missy Barringer, a citizen of the Cayuga Nation, has been the Chief Operating Officer for LakeSide Enterprises of the Cayuga Nation since June. Over the course of her 30-year career, she has worked as a professional marketer on behalf of companies such as Harrah’s Casinos, Nissan Automotive, J.P. Morgan Chase, and various nonprofit organizations. She has also worked at MediSked, assisting agencies moving individuals with developmental disabilities into managed care, using a person-centered software system. As COO of LakeSide Enterprises, she helps continue the growth of the Cayuga Nation, improve the employee experience, and work towards building a better future for all citizens on the Nation’s ancestral lands, a 64,015-acre reservation in upstate New York.