Why Is It So hard to Build Tribal Housing? 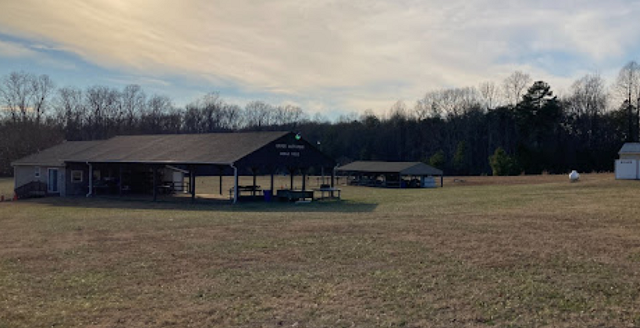 Guest Opinion. Beginning with the Indian Relocation Act of 1956, the federal government’s answer to the persistent poverty of Native Americans was to point to the lack of jobs in tribal communities and encourage their members to move to bigger, more prosperous cities in search of a better life.

Over the next three decades it is estimated that more than 750,000 Indigenous individuals left their homelands and migrated to cities like Denver, Baltimore, and Minneapolis. For members of Virginia’s Upper Mattaponi Indian Tribe, the destination for relocation was Philadelphia. Today — with over two thirds of their tribal citizens residing outside of Virginia, the Upper Mattaponi’s leaders want to lure their people back with housing.

Besides the double-wide trailer from which tribal leaders govern their sovereign nation, an open-air wooden pavilion in Adamstown is the only built structure the Upper Mattaponi could claim to own — until recently. Last month the tribe bought a three-bedroom, two-bath rancher in Central Garage which will soon become the Upper Mattaponi’s first official unit of tribal housing. At $250,000, the house marks a good first step towards the tribe’s goals, but such prices mean purchasing existing housing would quickly become prohibitively expensive for the goal of reuniting (and centrally housing) the 650-member Indigenous nation.

[NOTE: This article was originally published by the Virginia Mercury. Used with permission. All rights reserved.]

“The current real estate market makes it really difficult for the tribe to compete on the free market,” said Chief W. Frank Adams, who leads the Upper Mattaponi Tribal Council. “In the short term, the tribe is working to purchase homes to help tribal citizens in immediate peril, providing rapid intervention, counseling and employment development and opportunities. In the long term, the tribe will re-establish Adamstown, the core community of the Upper Mattaponi Tribe. In turn, the tribe will develop social services for long term housing support, especially for elders, individuals with disabilities and those looking to move home to Adamstown.”

The first step towards such lofty goals is to have land to build on. Although “land back” has become a popular slogan for America’s many Indigenous communities as they fight to reclaim their ancestral lands, the mantra is far from official government policy. Last year the Upper Mattaponi used a portion of the CARES Act money they received to purchase 200 acres in Adamstown about 40 minutes northeast of Richmond — the last area in the state in which a significant concentration of tribal citizens lived. Even armed with federal dollars, the process wasn’t easy.

“Right now it’s so competitive to buy land on the free market, and the tribe is trying to compete using HUD money which comes with a lot of red tape,” said Morgan Dean, the community development director for the Upper Mattaponi. “The tribe has 200 acres of land now, but we’ve been having trouble getting the money for a land-use consultant. It feels harder to get planning dollars, and I’m not sure if that’s because we were only federally-recognized in [2018] or if this is just what it’s like working in native country.”

Unfortunately, according to Anthony Walters, executive director of the National American Indian Housing Council, the challenges the Upper Mattaponi Indian Tribe has been facing are far from unique. His organization provides training and technical assistance to more than 300 tribal housing programs and 574 federally-recognized tribes across the country. One of the toughest hurdles tribes face when trying to adequately house their citizens is a lack of federal funding.

“Tribes gave up access to other federal housing programs in 1998 in exchange for the newly created Indian Housing Block Grant Program, but now they’re back in the same under-resourced position,” Walters said. “The grant program funding level has been $650 million and stayed the same for 20 years, so you can imagine what inflation has done to that. Today it’s at just two thirds of its original purchasing power and tribal populations have grown, not to mention the sheer number of federally-recognized tribes has been increasing as well.”

After centuries of persecution and displacement, the majority of America’s Indigenous nations are located in remote, rural areas — far from established power grids, water systems and sewage treatment. As tribes develop their lands for the first time for housing that means they face much higher costs to build out such much needed infrastructure. If building new communities from scratch wasn’t already a tall order, many tribes only have one person managing all of their housing work from rental assistance to case management to the construction of new units.

Too little time and too much to do certainly sounds like an accurate depiction of Dean’s position with the Upper Mattaponi. Currently the tribe has 31 low- to moderate-income citizen households in their service area with 20 of them at risk for homelessness and receiving COVID-19-related housing assistance. On top of her caseload, she also leads the tribe’s department of planning and programming and manages the grant writing needed to fund much of the tribe’s medium- and long-term plans.

“Resources are always a problem when administrators are doing so much on housing services and then need to figure out how to build brand new housing as well,” said Walters. “Smaller tribes don’t have the bandwidth to compete with far larger tribes like the Cherokee and Navajo nations who have hundreds of thousands of members and sophisticated government operations. There’s also a lot of turnover among smaller tribes due to the large demand on their people leading to burnout.”

Virginia is for Natives

Tribes’ limited governing capacity can be shored up by supportive state governments, however. Although some state governments use Indigenous nations’ sovereign status as an excuse to avoid financial assistance, others have taken a more hands-on approach and been rewarded with positive outcomes.

Minnesota convenes tribes in the state for conferences to share what government programs they are eligible for. Alaska’s emergency rental assistance program proved one of the country’s most successful largely due to proactive outreach to Indigenous residents. Such supportive approaches to complement and expand tribes’ ability to provide for their members are the best path forward for state governments, according to Walters: “State leaders need to be intentional about helping tribal communities, they are still state citizens.”

Virginia’s seven federally-recognized tribes only received that status over the last six years. The commonwealth, on the other hand, officially recognizes 11 tribes and has extended that acknowledgement of sovereignty to most of them for nearly 40 years now. In her work with the Upper Mattaponi over the last year plus, Dean has witnessed a positive relationship between the state and the tribal nations within its bounds: “They treat us as equals and come to us respecting our sovereignty,” she said. “The state has been helping us in a way that is not paternalistic but as an equitable partner.”

The commonwealth assists tribes with applications for grants from the Department of Housing and Community Development. Under the Northam administration, tribal leaders enjoyed unprecedented access to the governor’s team and agency heads, according to Dean and Courtney Wynn — a member of the Chickahominy Tribe and the former director of Native American and Indigenous outreach under Northam.

Last month the Chickahominy Tribe acquired 800 acres of ancestral land in Charles City County thanks to a $3.5 million appropriation in the latest budget. Should the provisions survive the current round of budget negotiations under the Youngkin administration, Virginia’s federally-recognized tribes could see an additional $12 million in funding for more  land purchases.

Where the commonwealth could do more is on the issue of broadband access, Wynn said.

On the path towards a future of teleworking tribal citizens, the Upper Mattaponi received good news two months ago. Along with the Taos Pueblo in New Mexico and the Sokaogon Chippewa Community in Wisconsin, the Upper Mattaponi were one of the first three Indigenous nations in the country to receive a portion of the $1.4 million doled out last November via the new Tribal Broadband Connectivity Program.

Increased internet access is a strong first step towards the Upper Mattaponi’s ultimate goal of establishing a tribal headquarters in Adamstown that would host government offices, a gym, a community center, an elder care facility, and 40 units of housing — all within the footprint of a walkable, sustainable village concept. “We are well on our way,” said Dean. “We are working on it piece by piece and hopefully within three years Adamstown will finally have housing again.”

Wyatt Gordon covers transportation, housing, and land use for the Virginia Mercury through a grant from the Piedmont Environmental Council and the Coalition for Smarter Growth.