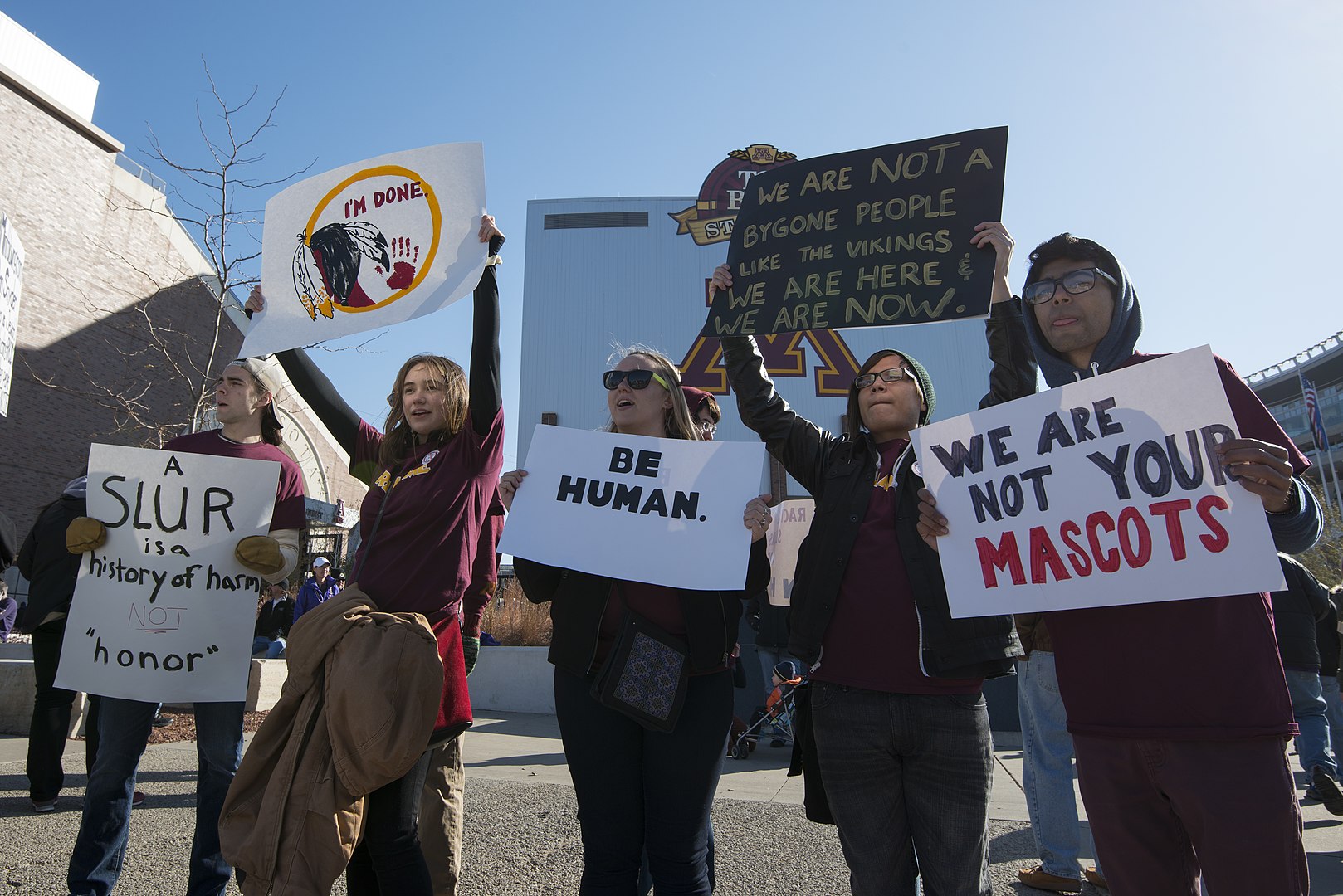 Native American mascots contribute to the oppression of Native Americans throughout our country, and they create an externality on all oppressed minorities by encouraging a culture of stereotyping.

Frequently, with Native American mascots, these mascots lead people to think of us as inherently threatening. This creates barriers to people’s perceptions of our employability in certain jobs, potential threats in situations of personal safety, and many other problems. According to the CDC, Native Americans are killed by police at a higher rate per capita than African Americans, though these police killings rarely make the largest corporate news outlets. Use of Native American mascots creates problems for us.

There are special sporting arrangements for people with disabilities, which some people call “adaptive sports.” National associations or leagues may exist to govern the sports, such as the USA Deaf Sports Federation, the National Wheelchair Basketball Association, and the National Beep Baseball Association. In these disability sport circles, sometimes there are permanent teams which have mascots. These mascots may be Native mascots.

The aim of this article is not to disparage schools personally, nor is it to get caught up in trying to blame, defend, or justify one particular team.

But for the sake of demonstrating that the issue exists, I will name the Oklahoma School for the Deaf Indians, the Alabama School for the Deaf Silent Warriors, the Alabama School for the Blind Redskins, and the Knox Redskins Unified Flag Football in Indiana. Earlier this year, the North Haven (Connecticut) Board of Education voted unanimously to retire its high school Indians mascot, which has been used on its Girls Wheelchair Sports team. These mascots can exist at segregated schools for students with disabilities or integrated schools that just happen to have disability sports. They can also exist in leagues not tied to schools.

Justin Mark Hideaki Salisbury (Butterfly Clan of Mi’kmaq) is a graduate student in educational leadership and policy studies at the University of Vermont. He has worked as a teacher, therapist, design laboratory assistant, and legislative aide.