Vote Against Politicians Who Consider Tribal Sovereignty a “Threat”

Opinion. “McGirt is the greatest threat to Oklahomans,” said one politician. 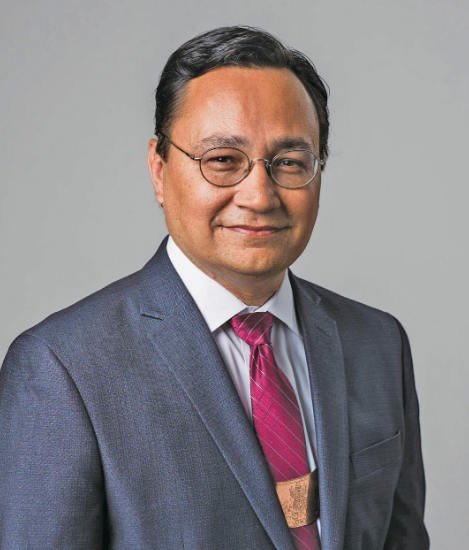 Attacking the Supreme Court’s McGirt decision, which held that the Cherokee Nation Reservation remains intact, as a “threat” is a breathtaking assault on tribal sovereignty.

Our sovereignty is in the crosshairs, but Cherokee voters can take a stand in the upcoming Oklahoma primary elections. Voters go to the polls on June 28 for a number of primary elections across the state. None is more critical to Cherokee Nation than the Republican races for Oklahoma governor, Second District Congress and United States Senate.

Although it’s difficult to know exactly where all of the candidates stand on tribal sovereignty, some have made it easy. All we have to do is take their word for it. Below are some actual quotes from some of the candidates for federal office:

“McGirt is the greatest threat to Oklahomans…”

“I would… introduce legislation to disestablish those reservations…”

“Congress needs to go back, and they need to de-establish the… reservation.”

But, only if we let them.

Fortunately, there is an array of candidates and office holders from both major political parties who believe in tribal sovereignty. They believe America should keep its promises to tribes. They believe tribes and their reservations create opportunities for everyone, not “threats.”

As Principal Chief, I can find common ground with any of the candidates who support tribal sovereignty. Party label is irrelevant to me. I worked with the Trump Administration on historic funding for our new outpatient facility. We are close to inking a self-governance agreement with the Biden Administration – the first in history – on transportation funding. I’ve been able to count on each member of our current Congressional delegation – all Republicans – to give us fair consideration on a range of issues.

When it comes to finding common ground with elected officials on behalf of Cherokee Nation, I look for people who see Cherokee Nation as a sovereign nation worthy of respect.

But, what happens if a candidate who considers Cherokee sovereignty a “threat” gets elected?

If the anti-Indian, anti-tribal sovereignty politicians are elected, we can expect more assaults on tribes. At a time when we need to boost funding for key areas such as health care and education, will they lead the charge to cut federal funding? Will they stand in our way as we seek to protect the Indian Child Welfare Act? Will they try to disrupt our work to build a criminal justice system that is the envy of the country? Based on false claims that “McGirt is the biggest threat” to Oklahomans, will they create real threats to Oklahomans’ health, safety and economic prosperity?

Let’s not find out the hard way.

I encourage all Cherokees to register to vote. Research the candidates. Some of the candidates have made it easy to tell where they stand on tribal sovereignty: just take their word for it. Armed with information, not slogans, please head to the polls and make your voice heard.

I could take the easy way out, sit back and simply watch the elections unfold. But, I cannot do so and also fulfill my duty to protect and defend the Cherokee Nation. So, I am raising my voice in the hopes that you will also raise yours.

The voter registration deadline for the upcoming primary is June 3. Visit www.CherokeeVote.com for information on how to vote, including vote by mail options.

Cherokee Nation is also part of a coalition called “Vote Your Values” that is focused on getting more people statewide to register, get involved and cast a ballot. Find out more about this non-partisan education effort at www.voteyourvaluesok.com. Important dates and reminders can be found on both websites.

Please vote like the future of Cherokee Nation depends on it.