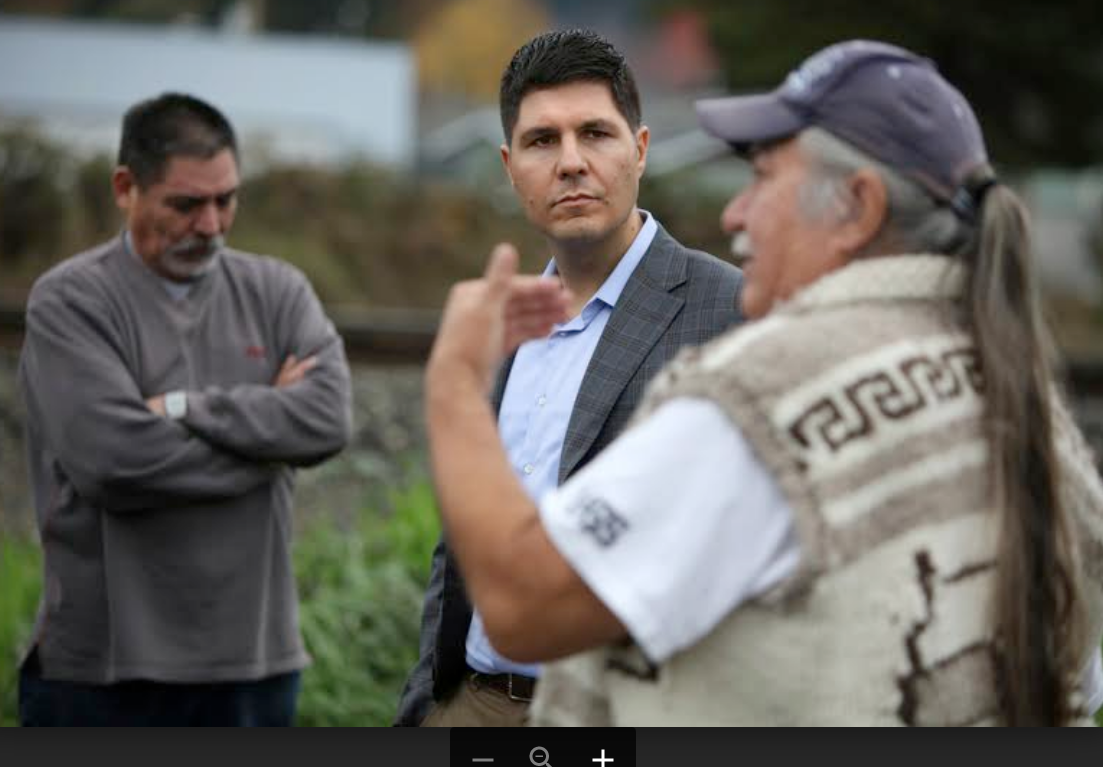 Before 1776, Indigenous kinship societies did not honor individual rights. Reciprocal obligation and duty were normative among Indigenous groups, who commonly self-identified as “the People.” According to Vine Deloria, Jr. and Clifford Lytle in The Nations Within, there was “no concept of civil rights because every member of the society was related, by blood or clan responsibilities, to every other member.”

Rights were unnecessary. As Ella Deloria explained in Speaking of Indians: “The dictates of kinship demanded of relatives that they not harm each other.”

Federal law superimposed an individual rights regime upon Indigenous societies beginning with early nineteenth century treaties, which conferred personal rights in lands and annuities as modes of assimilation.  For example, the 1817 Treaty with the Wyandot promised a 640-acre allotment to the “quarter-blood” children of a deceased settler, while an early Cherokee Treaty pledged the “per capita” and “personal” apportionment of federal monies to Cherokees.

Within decades, tribal nations began to mirror settler governments that violated individual rights. According to Stephen Cornell in Return of the Native: “Reservation containment raised the stakes and narrowed the means of dispute resolution. Now there were central positions of limited power to be won or lost and diminishing resources to be controlled.”

Exacerbating those internecine dynamics, late nineteenth century U.S. Supreme Court decisions held that tribal citizens were neither American citizens nor entitled to federal Bill of Rights protection on tribal lands. Although tribal citizens became U.S. citizens in 1924, Stephen Pevar explains in The Rights of Indians and Tribes how, in ensuing decades, a great number of “tribal officials were tyrannical” towards tribal citizens, “den[ying] their rights under tribal law.”

By 1965, tribal civil rights violations were so pervasive that the ACLU joined tribal citizen groups in calling upon Congress to address the rise of tribal politicians who “suppress[ed] by threat of disenrollment, any dissenting views.” The ACLU called disenrollment “one of the most compelling defects in Indian law.” Congress obliged, amending the Civil Rights Act of 1965 with the Indian Civil Rights Act (ICRA) of 1968. That same year U.S. Interior Department Secretary Stewart Udall assumed “authority to approve disenrollment actions.”

Through ICRA, Congress imposed restrictions upon tribal nations, intending to “secur[e] for the American Indian the broad constitutional rights afforded to other Americans” and “protect individual Indians from arbitrary and unjust actions of tribal governments.”  ICRA entrenched tribal nations as rights-based regimes.  But within a decade, the Supreme Court undermined ICRA, leaving tribal nations subject to authoritarianism and tribal citizens with remediless rights.

In 1978, Justice Thurgood Marshall issued an opinion in Santa Clara Pueblo v. Martinez, ruling  that ICRA did not allow tribal citizens to bring civil rights claims against tribal nations in federal court, with the exception of habeas corpus. Supreme Court conference notes reveal that the Burger court brethren’s true intention was to stem the rise of federal court ICRA suits. Justice Marshall did the honors. Despite issuing a groundbreaking opinion that affirmed “the fundamental constitutional right of access to the courts” one year earlier in Bounds v. Smith, he closed federal courthouse doors to tribal civil rights plaintiffs.

Tribal courts are only as independent as allowed by tribal politicians. As Justice Byron White observed in his Santa Clara Pueblo dissent, when passing ICRA Congress could not have “desired the enforcement of these rights to be left up to the very tribal authorities alleged to have violated them.” Meanwhile the politicians wield gaming welfare entitlements to repress the tribal body politic as well. Tribal venality has overrun the dictates of Indigenous kinship. A resulting state of natural law has catalyzed violent unrest, even killings, on several tribal reservations.

The dehumanization threatens tribal national existence; without the People, there are no nations.

For its part, the U.S. typically demurs in the face of domestic Indigenous human rights abuse, also thanks to Santa Clara Pueblo.  “It’s an internal matter” is the political watchword in Washington, DC, which, when proclaimed by federal officials to persecuted tribal citizens, further disenfranchises them. Because there is no national tribal organization like the NAACP or Southern Poverty Law Center that advocates for the universal protection of Indigenous civil rights, Indigenous Americans are also left out of today’s racial reckoning.

These truths should not be acceptable to any American.  The first peoples of these lands also deserve universal civil rights protection.  We, too, deserve the promise of life, liberty, and happiness.  The future of tribal nationhood—by and through the People—depends on it.

Gabriel S. Galanda is an Indigenous rights lawyer in Seattle. He belongs to the Round Valley Indian Tribes of northern California. This opinion derives from his forthcoming academic essay, “In the Spirit of Vine Deloria, Jr.: Indigenous Kinship Renewal and Relational Sovereignty.”