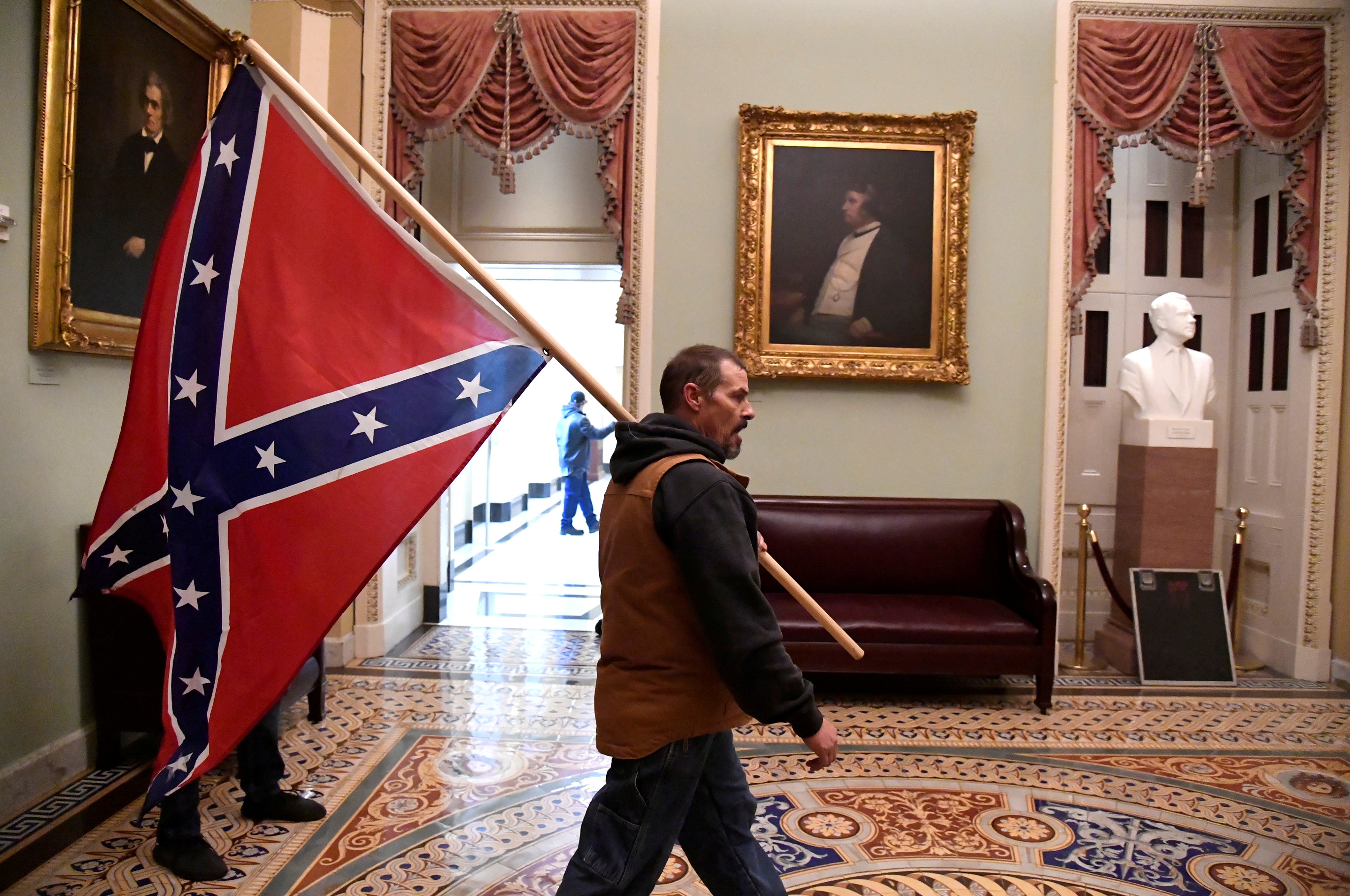 Opinion. At the end of 2020, most Americans – including those in Indian Country – breathed a sigh of relief and hoped aloud for a better year in 2021. The politics of 2020 and the Covid-19 pandemic proved to be traumatic for Americans.

So far, our hopes for a better year have not been fulfilled. With the death rate of the Covid-19 virus surging to record levels during the first half of January, simply changing the calendar to the new year was not enough to bring positive change.

The new year brought more problems. The first two Wednesdays of 2021 will go down as dramatic and historic for future American generations.

Our grandchildren’s children will learn about the dark days of January when the worst American traits of violence and white supremacy reared their ugly heads.

The first Wednesday will be remembered for an insurrection —an attack on the U.S. Capitol, on authority and on democracy. The second Wednesday will be historic in that it was the day Donald Trump became the first U.S. president to be impeached twice.

The third Wednesday, President-elect Joe Biden will be inaugurated as the 46th president of the United States. It will be historic because no other president has taken over a country so besieged by chaos since Franklin Delano Roosevelt assumed the presidency in the midst of the Great Depression.

Similar to those who were alive on 9/11, Pearl Harbor or the day the Challenger exploded, the insurrection on the Capitol will carry similar trauma. Many Americans will remember what they were doing and where they were when they heard the news.

There is no good way to package the events of the first Wednesday in January. The images of a U.S. Capitol Police officer being beaten with an American flag by a group of thugs masquerading as Christians, defenders of Trump and patriots may be as shocking or traumatic as those of towers coming down. The shock might be even worse. Our country was attacked by domestic terrorists. Americans carrying confederate flags. Americans wearing a “Camp Auschwitz’ shirt. These images tell the story of America at its worst.

The day will go down as one of the worst days in modern U.S. history. It will be recorded as the day Trump supporters stormed the Capitol to take Vice President Mike Pence and members of Congress hostage, making threats against their lives in public forums. It was the day belligerent, criminal thugs attempted to overturn a presidential election because they were ignorant and delusional enough to believe the lies told over and over by Trump, who was a deranged sore loser.

By the second Wednesday of the new year, Congress had enough votes to impeach Donald Trump, who became the only president in U.S. history to suffer this fate twice, ensuring history will not put him in the hall of fame of great presidents, but rather, the hall of shame for his involvement in an insurrection to overturn a democratic presidential election.

With one week left in his presidency, those in Congress who voted for impeachment wanted to send the message for future generations that Americans will not tolerate insurrections against a democratic form of government.

Republican opponents in the House said it was a “time to move on…a time to heal.” Of course, this is not the course of action their president took during his four years in office. He will not go down in history as a president who even remotely attempted to unite the country. He thrived on dividing, on destroying civil discourse, on tearing down families, on oppression, insults and hate.

The stance to simply move-on-and-get-over-it attitude is one American Indians have heard too often. We hear “get over it” because it happened before the current generation was here.

We don’t buy that argument when we hear it. And we certainly don’t need to accept the argument to let Trump off the hook after inciting violence at the Capitol that left six people dead.

The man who put a stain on the fabric of American democracy and his followers and cronies should never be able to hold elected office again.

With security concerns at the highest levels of government, 25,000 National Guard soldiers will be in Washington, D.C., on the third Wednesday of January — Inauguration Day — when President-elect Joe Biden is sworn-in as 46th president of the United States.

With the nation on such high alert, we cannot afford anything but a peaceful transfer of power.

“Another indication that progress is being made was found in the recent presidential election in the United States. The American people revealed great maturity by overwhelmingly rejecting a presidential candidate who had become identified with extremism, racism, and retrogression. The voters of our nation rendered a telling blow to the radical right. They defeated those elements in our society which seek to pit white against Negro and lead the nation down a dangerous Fascist path.”

Dr. King delivered these prophetic words on December 11, 1964, a month after President Lyndon Johnson defeated Barry Goldwater. It is uncanny how Barry Goldwater appears to be a choir boy next to the likes of Donald Trump. He had the sense to go up to the White House with other congressional leaders 10 years later to convince Richard Nixon to resign for the good of the country.

Sadly, America has not advanced very far from extremism, racism, and retrogression. However, we must strive to defeat all of those elements that seek to divide us.