'This election is about continuing our democracy.' 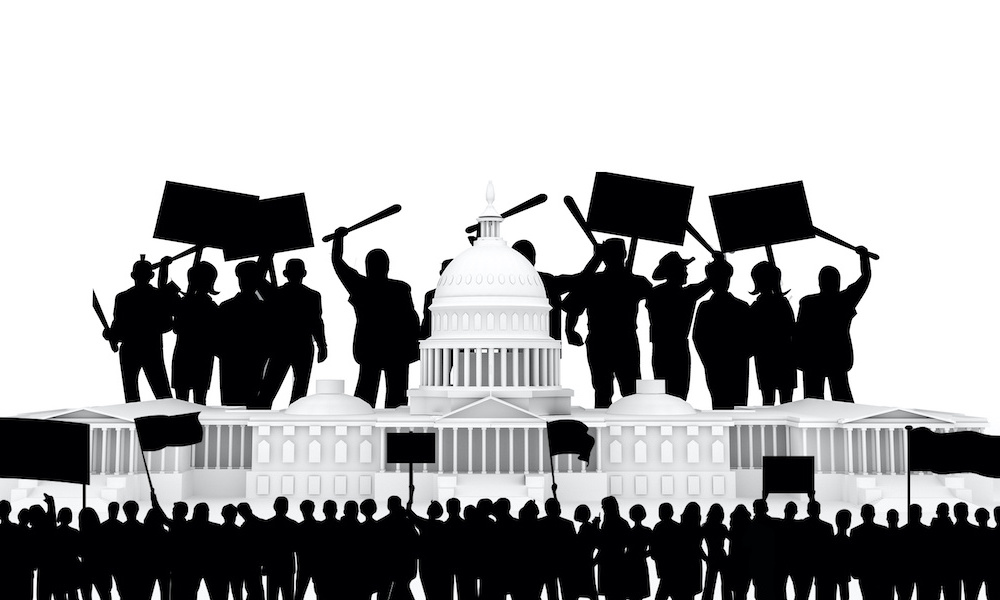 Opinion. Let me give you a teaser from our just-completed, soon-to-be-released midterm elections poll conducted by Native News Online. It comes from a question asked about democracy: 615 out of 678 of our readers–that’s 91%–answered yes to the question: “Do you think American democracy is under threat?”

One respondent even went as far to comment: “This election is about continuing our democracy.”

Even before pre-Columbian contact, the Indigenous peoples of this continent lived under democratic rule. Historians acknowledge that authors of the The Constitution borrowed some of its framework from the Iroquois Great Law of Peace, which was created in 1142 to establish a democracy between five tribal nations: the Seneca, Cayuga, Oneida, Onondaga, and Mohawk.

Some 22 years before the Declaration of Independence, Benjamin Franklin presented his vision for a new country at the Albany Congress in 1754. That vision included some of the concepts about democracy that he learned from the Iroquois — concepts that he later introduced during the Constitutional Congress as one of the co-authors of supreme legal document that defined and delineated our nation.

In fact, Native Americans have served in the U.S. military at higher rates than all other racial and ethnic groups over the last two decades.

Given the high level  of participation by Native Americans who are willing to fight and die to save democracy, it is not surprising our survey had such a high level of concern about the threats to democracy over the past few years.

In 2018, Harvard University political scientists Steven Levitsky and Daniel Ziblatt authored a book entitled How Democracies Die. The book examines how elected leaders can gradually subvert democracy to increase their own power. They suggest four key factors that lead to the decline of democracy.

First, denying the legitimacy of opponents using language that treats opponents as enemies, as criminals, as subversives, rather than legitimate opponents in a democracy.

Second, a willingness to abandon key democratic rules of the game, such as not recognizing election results.

Third, toleration or promotion of violence of any kind.

And fourth, the willingness to curtail civil liberties of opponents and rivals, including in the media.

It’s worth noting that the second factor — a willingness to not recognize election results — happened two years after How Democracies Die was published. The claims that the 2020 presidential election was rigged, despite 60 court rulings that found no evidence of  the allegations, should set off alarms for the American people. It certainly has among Native Americans.

What’s even more disturbing is the tolerance of violence that we’ve witnessed over the past few years. The storming of the Capitol on January 6, 2021 by Trump supporters resulted in death and destruction, and would have been far worse if not for the heroic actions of law enforcement on that dark day in our history.

Republicans contend that Democrats wanting to bring those responsible for the insurrection is pure politics. By doing so, the GOP has become complicit in the threat to democracy.

Undoubtedly, concern for democracy among Native Americans in our survey is their awareness of the current political climate in the United States. We can protect our democracy by preventing extremists from taking over, but it’s going to take a lot of committed, dedicated and truly patriotic Native Americans to pitch in by voting in the midterms elections on November 8.

I agree with our reader who said in a comment on our survey: “This election is about continuing our democracy.”

Some of you may have already cast an early ballot. For those of you who have not, vote to save the democracy that has meant so much to the Indigenous people of this land for centuries.