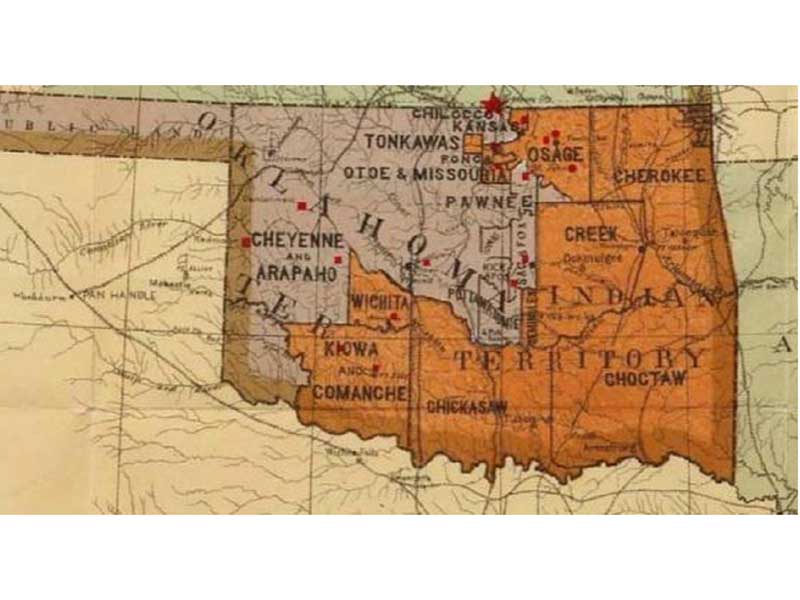 When the U.S. Supreme Court affirmed that tribal reservations in eastern Oklahoma have never been disestablished in the McGirt case, it was a great victory for tribal sovereignty and self-determination. We celebrated that victory at Cherokee Nation, knowing we were ready for the opportunities and challenges that it brings.

One of those challenges has been to make sure that public safety is not compromised for tribal citizens or any others on our reservation. That’s why we have worked with Congressman Tom Cole, who introduced the Cherokee Nation and Chickasaw Nation Criminal Jurisdiction Compacting Act of 2021 this week. I support this federal legislation to protect 100 percent of the historic McGirt decision and give Cherokee Nation and Chickasaw Nation the tools we need to protect the public on our reservations without sacrificing any of our hard-fought sovereignty. It only affects our two tribes who have sought this solution, but other tribes affected by McGirt may pursue this path in the future if they so choose.

Congressman Cole’s legislation will empower our two tribes to compact, if either tribe so chooses, with the state of Oklahoma on the prosecution of certain criminal cases. Currently the Cherokee Nation cannot try non-Natives who commit crimes on our reservation (other than domestic violence cases). The U.S. Attorney’s Office can prosecute these crimes, but they may face a statute of limitations in some cases because the reality of our reservations was denied for so long. There is no guarantee that Congress and the United States Justice Department will adequately fund U.S. Attorneys Offices across our reservation. On other reservations elsewhere in Indian Country, prosecution of non-Indian offenders by the Justice Department has been lacking. And under the U.S. Major Crimes Act, tribes can only impose a maximum three-year sentence for criminal convictions -- nine years max if the charges are stacked.

This proposed legislation does not mean we won’t be trying cases in our Cherokee Nation District Court. We will absolutely move forward protecting citizens, seeking justice and serving victims and families. For the past ten months, Cherokee Nation has carefully been planning and adding resources so we were ready for this new chapter in history. We have continued to upgrade criminal codes, appoint more district court judges, and hire more deputy marshals, prosecutors and victim advocates. We’ve increased spending on our criminal justice system by record setting amounts, all using our own tribal revenue. We will spend a minimum, annually, of $35 million on our criminal justice system above the millions that we already spend.

We have filed more than 800 cases that were dismissed by the state. That represents more Cherokee Nation District Court cases in the past year than were filed in the previous 10 years combined.

The new federal legislation does not interfere with this growth of our justice system. It simply allows for the possibility of making a compact with the state so that non-Natives who commit crimes on our reservation – the ones we are unable to prosecute – can receive proper justice through the state’s court system. Compacting can also help ensure justice is done in those small number of crimes that stretch beyond the statute of limitations. Ultimately, we may determine that no compact is warranted. But, the legislation allows Cherokee Nation to explore that option.

Even though Cherokee Nation will not wait around on Congress to provide adequate funding, the legislation also proposes much needed federal funding for tribes to meet our criminal prosecution obligations. And for those sentenced by Cherokee Nation courts to more than six months, the legislation ensures that they can serve that time in the nearest federal corrections facility.

One important area of the law the legislation leaves fully in tact is the Violence Against Women Act. Cherokee Nation fought for Indian Country provisions in VAWA and we stand ready to continue protecting victims of domestic violence, and prosecuting non-Indian and Indian offenders, in our own criminal justice system.

For over a century, the state of Oklahoma illegally prosecuted Natives who committed crimes on our reservation land, which should have been the right of our tribes and the federal government. Now that the U.S. Supreme Court has corrected that error, it’s understandably taken some time to adjust to what is the most impactful ruling in Indian Country in generations. We are up to the challenge.

In his ruling, U.S. Supreme Court Justice Gorsuch noted the potential for cost and conflict around jurisdictional boundaries, but tribal nations in Oklahoma have proven time and again that we are responsible governments and reliable partners. Throughout our history of dealing with the U.S. government, the only federal policy approach that ever truly solves issues in Indian Country is tribal self-determination.

This legislation puts returning tools to the tribe at its core. For all of us who made clear that we must maintain 100 percent of our tribal rights affirmed by the Supreme Court, this proposed legislation protects them. For those of us who want the option of compacting on criminal matters so that no criminal offense goes without justice, this legislation provides the mechanism to do that.

Under this proposal, any compact with the state must be approved by the Chief and the Council of the Cherokee Nation. Compacts are an important tool of self-determination that we have successfully used on issues ranging from gaming to hunting and fishing licenses to car tags. Compacts, by their nature, are limited in duration and subject to renegotiation and even termination. Compacts allow us to share rights and responsibilities with the state based on what best meets our local needs. Compacts, ranging from gaming to motor fuel sales, have worked in the best interest of the Cherokee Nation. Criminal justice compacts can potentially do so as well. We presently have no option to compact on criminal justice. This legislation provides us the option of compacting, should the Principal Chief and the Council choose to exercise it.

As Principal Chief of the Cherokee Nation, I feel strongly the duty to our Cherokee ancestors who sacrificed so much for the rights we have today. I feel the commitment to future generations of Cherokees who deserve a Nation that is empowered and thriving. And I feel the responsibility to all Cherokee victims and families today who shouldn’t have to worry about their cases falling through the gaps.

Cherokee Nation’s reservation is exclusively in the hands of Cherokee Nation citizens, as it has been since we were forcibly removed here. It is up to the Cherokee peoples’ leaders to protect the reservation. I have spoken publicly and openly about my views on how best to protect our reservation and the hard fought McGirt victory. Seizing the opportunity presented by Congressman Cole’s bill to protect 100% of the historic McGirt ruling, and give the Cherokee Nation options to compact on certain cases, will benefit Cherokees for generations. Ignoring or opposing that opportunity would be a dereliction of my duty.

I look forward to working with our Congressional leaders and state partners to take this next step of tribal sovereignty.

You can learn more about this issue by clicking here.

Chuck Hoskin is the principal chief of the Cherokee Nation.