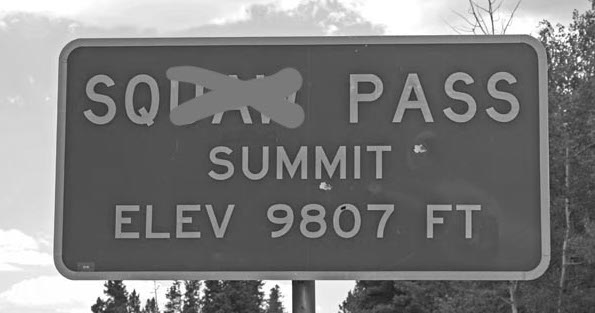 Opinion. In November 2009, Dennis Banks (Ojibwe), co-founder of the American Indian Movement (AIM), and I were interviewed on a Michigan morning radio show in advance of an event scheduled for later that evening.

One of the morning show hosts had prepared for the interview by reading the history of the 1973 Wounded Knee occupation that Banks led. He was visibly in awe of Banks and praised his decades of advocacy on behalf of Native Americans.

The other host, who was less informed, proudly announced to the radio audience that his great grandmother had been a “squaw.”

At that point, Dennis Banks did what he often did back in those days:  Teach.

For the next few minutes, the second host received a language lesson from one of the most powerful Native American warriors of the past century on the inappropriate use of the term. Banks skillfully schooled him as to why the word squaw is a highly demeaning way to describe a Native American woman, explaining that it is an Indian word that describes a part of the female anatomy.

Even now, years later, I assume the host was trying to be humorous as he attempted to connect with any Native American blood he believed he had. Nonetheless, Banks' lesson was consistent with what I had heard from women in my local Native American community over the years.

I know there are those who have researched the origins of the word and even dispute it being a derogatory term. They maintain the word can be traced back to the Massachusett Algonquian tribe and say it means female – or young woman.

Here is the point: contemporary Native Americans find the word offensive and even racist.

Some Native women won’t even allow the word to leave their lips. One is Presidential Medal of Freedom recipient Suzan Shown Harjo (Cheyenne & Hodulgee/Muscogee). Instead she refers to the word as the S-word.

"The S-word is a vile, racist and sexist term that disparages all women,” Harjo told  Native News Online earlier this year. “There are those who hide behind free expression and claim this action is censorship, but that’s not the case. It’s important that the federal government acknowledges that it is a slur and will cease to sanction such assaults.”

Perhaps the most important person to oppose the term has been the first Native American ever to hold a secretarial position in a presidential cabinet, U.S. Secretary of the Interior Deb Haaland (Laguna Pueblo).

Last November, Haaland declared “squaw” to be derogatory and racist.

"Racist terms have no place in our vernacular or on our federal lands. Our nation’s lands and waters should be places to celebrate the outdoors and our shared cultural heritage — not to perpetuate the legacies of oppression,” Haaland said.

To accomplish the removal of the derogatory term, Haaland issued Secretarial Order 3404  that formally identified the term “squaw” as derogatory and created a federal task force to find replacement names for geographic features on federal lands bearing the term.

The task fell on the Board of Geographic Names (BGN) to vote on the replacement of the derogatory term. The vote happened earlier this month.

Newspapers and broadcast outlets across America began publishing stories about the sweeping move that involved the removal and replacement of some 650 sites from federal lands. The final vote completed the last step in the historic efforts to remove a term from federal use.

“I feel a deep obligation to use my platform to ensure that our public lands and waters are accessible and welcoming. That starts with removing racist and derogatory names that have graced federal locations for far too long,” Haaland said. “We are showing why representation matters and charting a path for an inclusive America.”

Once again, Haaland has proven she is a decisive and fierce leader.

Since being sworn in as the 54th secretary of the U.S. Department of the Interior, Haaland has proven she is the right person at the right time. From her actions to protect sacred sites and defend national monuments, to her launch of a federal investigation into Indian boarding schools, Haaland brings something to Interior that was lacking in the previous 53 secretaries:  a Native perspective, a woman’s perspective and deep understanding of the needs of Indigenous people and their communities. She has done her job with a deep sense of resolve and, when called for, ferocity.

We have a word in Indian Country for women like Deb Haaland:  Warrior.