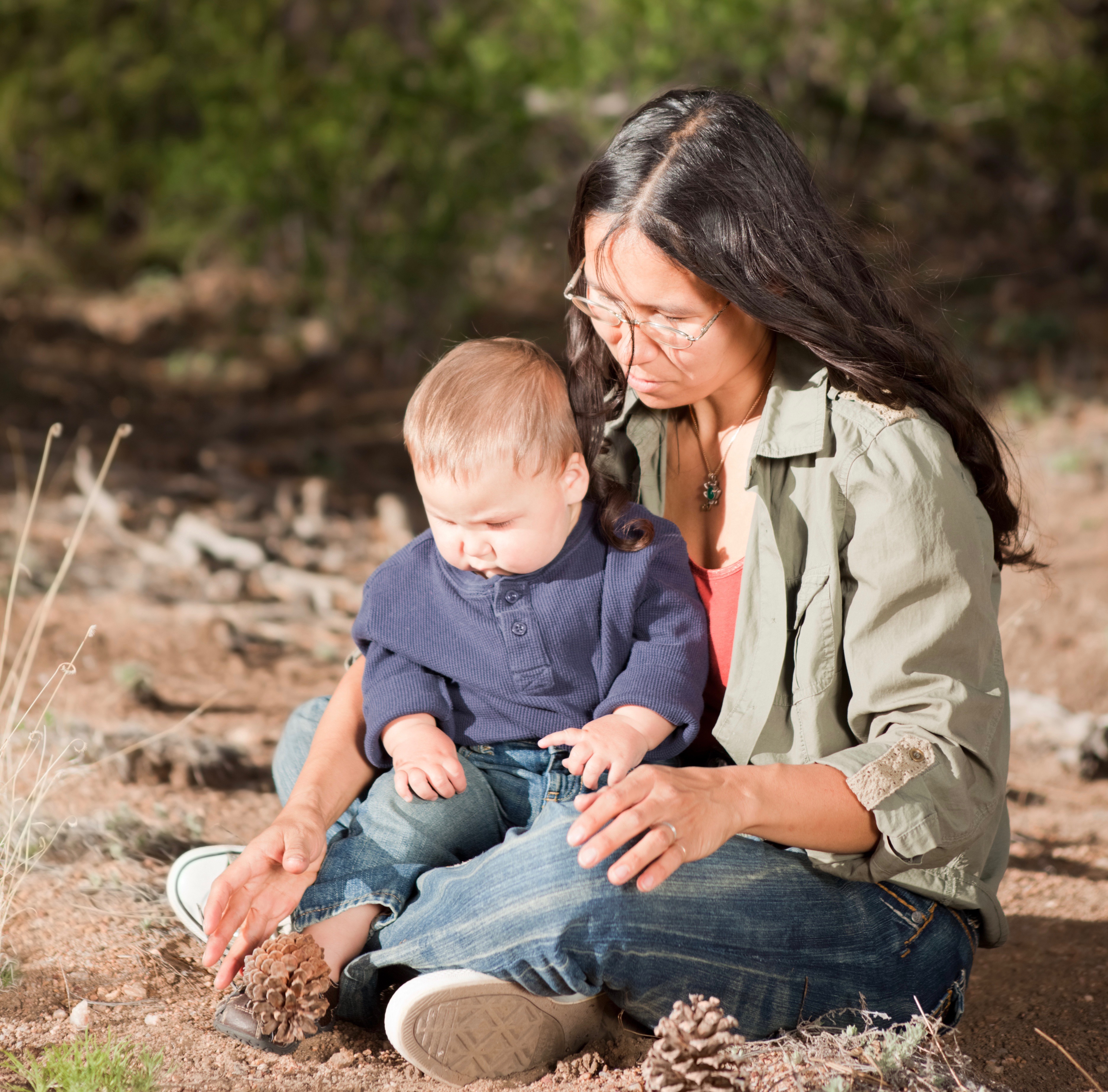 When we say, “domestic violence is not traditional,” it is to remind Native Americans of a time before colonization. It’s a glimpse into a past when times were good. Instead, our memories only extend to the depths of colonization and the devastating impact it had on our people. Whether we know it or not, our words and actions reflect a story from the past.

Effects of Domestic Violence During Pregnancy

In 2014, Michigan State University professors studied and linked the abuse of pregnant women to symptoms of trauma in their children. Professors concluded that stress hormones released during pregnancy also increase stress hormones within the fetus. Some of the symptoms exhibited by the newborn baby included nightmares, startling easily and sensitivity to loud noises/bright lights.

The Impact of Domestic Violence on Children

Children and adolescents exposure to domestic violence or even the threat of violence/abuse has been linked to an increased risk of psychological, social, emotional and behavioral problems. Violence includes physical aggression or assault as well as emotional abuse such as humiliation, intimidation, controlling actions and  isolation from family and friends. Exposure does not require directly witnessing violence, because children often experience the harms associated with an awareness of violence.

According to Promising Futures, Best Practices for Serving Children, Youth and Parents Experiencing Domestic Violence, effects of exposure to domestic violence on children can include:

In a case study of children exposed to violence, nearly half (46%) involved a parent/caregiver that was a victim of Intimate Partner Violence (IPV). These caregivers/parents had few social supports (39%); had mental health issues (27%); alcohol (21%) and drug abuse (17%); a perpetrator of IPV (13%); had physical health issues (10%); a history of foster care/group home (8%) and cognitive impairment (6%).

“Post-traumatic stress disorder (PTSD) is a mental health condition that's triggered by a terrifying event — either experiencing it or witnessing it. Symptoms may include flashbacks, nightmares and severe anxiety, as well as uncontrollable thoughts about the event.” Children six years old and younger, may re-enact the traumatic event through play and/or experience frightening dreams.

Sadly, Native American juveniles experience post-traumatic stress disorder (PTSD) at a rate of 22% — the same rate as combat veterans and triple the rate of the general population. This is due to Native children being “polyvictimized” experiencing several forms of violence including sexual abuse, physical abuse, domestic violence, child maltreatment, and community violence. The risk of posttraumatic injuries, medical and behavioral disorders are increased by up to tenfold and their ability to thrive is severely compromised.

Four types of symptoms include: intrusive memories, avoidance, negative changes in mood and thinking, and changes in physical and/or emotional reactions. Native American children may experience:

If you or the children in your life have disturbing thoughts and feelings about a traumatic event, or if you feel you're having trouble getting your life back under control, a medical or behavioral health care provider can help. Getting treatment as soon as possible can help prevent PTSD symptoms from getting worse. Children may also benefit from counseling or other types of mental health therapy.

Recovering from the loss of human life, ancestral lands, cultural and spiritual identity requires healing traditions and ceremonies. Our ceremonies promote wellness by acknowledging the interrelatedness of Spirit, the Creator and the Universe. Our community gatherings provide an opportunity for traditional healers and storytellers to use prayer, drumming, songs and sacred objects to restore and renew a sense of hope and pride. Without these fundamental traditions, the journey to healing and recovery is made more difficult.

When Medicine is Needed, Help Is Available

If you are a parent in an abusive relationship or if you experienced domestic violence growing up, StrongHearts Native Helpline is a 24/7 culturally-appropriate domestic, dating and sexual violence helpline for Native Americans and Alaska Natives, available by calling or texting 1-844-762-8483 or clicking on the chat icon on Strongheartshelpline.org. StrongHearts advocates can help you with safety planning and parenting skills.

StrongHearts Native Helpline is a project of the National Indigenous Women’s Resource Center and the National Domestic Violence Hotline.

Donate
Free Newsletter
About The Author
Author: StrongHearts Native HelplineEmail: This email address is being protected from spambots. You need JavaScript enabled to view it.
Breaking News