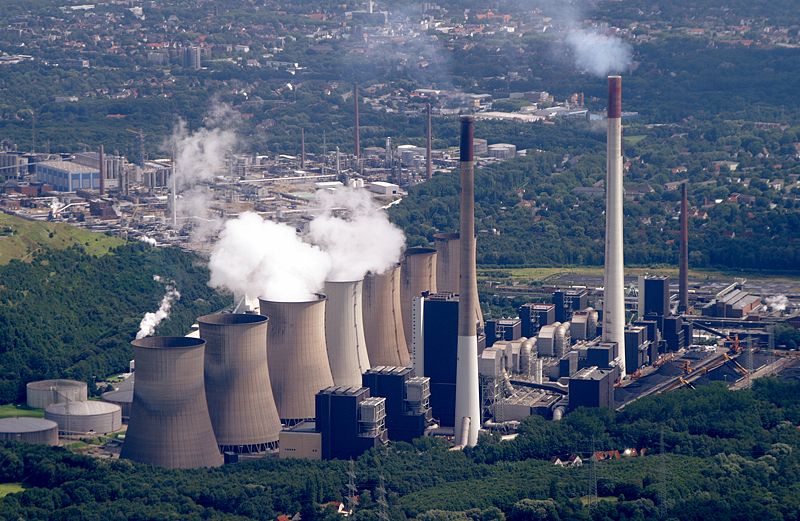 Guest Opinion. Senator Joe Manchin (D - WV) introduced the Energy Independence and Security Act of 2022, a bill that would exacerbate the climate crisis, and threaten tribal sovereignty. Here’s why.

As early as next week, Congress is planning to introduce legislation that would offer up important land and resources to the fossil fuels industry on a silver platter and run roughshod over tribal sovereign interests. Brokered as a back-door deal between two Democratic senators, Sen. Chuck Schumer, (D-NY) and Sen. Joe Manchin, (D-WV), and labeled as “permitting reform,” the so-called “Energy Independence and Security Act”  proposes to gut the review process under the National Environmental Policy Act and Clean Water Act in favor of fast-tracking federal permitting for extractive industries. Despite the fact that it is tribal lands and resources primarily on the chopping block, Congress plans to shuffle this legislation through a “must-pass” government funding bill without a proper hearing or any input or meaningful consultation from tribes or affected communities.

Sen. Manchin released the text of the bill–drafted by the American Petroleum Institute–which forgoes public input, including tribal consultation, in favor of fast-tracking federal permitting so that large energy corporations can begin extracting and profiting from tribal and public resources. The legislation ensures that such reckless extraction cannot be legally challenged by placing arbitrary restrictions on access to the justice system. Under the Administrative Procedure Act, a tribe or other party typically has six years after a final agency action to hire lawyers and gather resources to challenge a permit or other action in court. Manchin’s “Energy Independence and Security Act” proposes to reduce that period to just 150 days to identify and analyze any legal issues, gather community resources, hire legal help, and file an action in court. Essentially, they intend to neither ask for permission nor forgiveness. They intend to develop and extract with zero regard for public health or the health of the land and with no legal accountability.

The National Environmental Policy Act, or “NEPA,” and the Clean Water Act, or “CWA,” are already fragile protections for tribal and other  communities against the lifeless force of profits for extractive industry corporations. Just look at the infamous Dakota Access Pipeline—the No DAPL movement united Indian Country across Turtle Island, eventually leading to a historic win for the Standing Rock Sioux tribe in federal court. Despite being forced to conduct a thorough environmental impact statement under the NEPA process, the Dakota Access Pipeline continues to spill oil and pollute Indigenous communities. If Senators Manchin and Schumer had it their way, projects like the DAPL would be granted a federal permit and permission to terrorize the land and people with no way to challenge them in court.

It is very telling that the Mountain Valley Pipeline (“MVP”), Sen. Manchin’s personal pet project, is a focal point of this “permitting reform,” concluding the bill in its final 8 pages. The MVP is a proposed, unwanted, and unnecessary 303-mile-long fracked gas pipeline that is steamrolling through Virginia and West Virginia. The MVP has been rife with federal violations and harmful practices, and has rightly been stalled by the federal courts for failing to adequately consider the effects on important land and water resources. Rather than resolve the harmful practices or abandon what is clearly a bad project, fossil fuels lobbyists have demanded express permission from the federal government to pollute air and water and cause illness and deaths in Appalachian communities. In a cruel twist of irony, the “Energy Independence and Security Act” expressly finds that the MVP is “necessary (b) to facilitate an orderly transition of the energy industry to cleaner fuels; and to reduce carbon emissions,” despite the fact that fossil fuels account for 86% of GHG emissions.The MVP will only be the first in decades of harmful projects being forced into frontline communities if Congress is allowed to destroy NEPA and CWA protections.

Last week, Republicans, led by Sen. Shelley Capito (R-WV), released their own version of “permitting reform” legislation that would open up federal lands to states for development and energy extraction, by-passing the federal protections placed on priceless and irreplaceable natural resources. Whatever version Congress chooses to put forth, “permitting reform” only leads to violating the sovereignty of tribal people, excluding communities from input on major development projects, and increasing greenhouse gas emissions and pollution.

The type of “reform” needed for communities would increase public input and increase accessibility to challenge bad projects. Rep. Grijalva (D - AZ) is offering an alternative, the RESPECT Act, or the Requirements, Expectations, and Standard Procedures for Effective Consultation with Tribes Act. This act requires federal agencies to consult with tribal governments before taking or permitting actions that would significantly impact them. It would not only include federal agencies to identify sacred sites that could be affected, but also to contact any and all tribal governments whose land may be affected by any projects, among many other important acts.

The Indigenous Environmental Network (IEN) wants to put pressure on Senators Manchin and Schumer by uplifting the voice of tribal nations and leadership. In particular, tribal voices would make the most impact on this bill in the states of New York, West Virginia, and California. This bill threatens all of our lands, so every voice is important and makes a difference.

Jordan Harmon (Mvskoke/Creek) is the Policy Advisor to the Indigenous Environmental Network. She is an attorney with extensive experience in Federal Indian law, Tribal law, civil litigation, research and policy analysis, and administration. Jordan earned her Native American Law certificate from the University of Tulsa College of Law, where she earned her Juris Doctor. She resides in Tulsa, Oklahoma.

Donate
Free Newsletter
About The Author
Author: Jordan HarmonEmail: This email address is being protected from spambots. You need JavaScript enabled to view it.