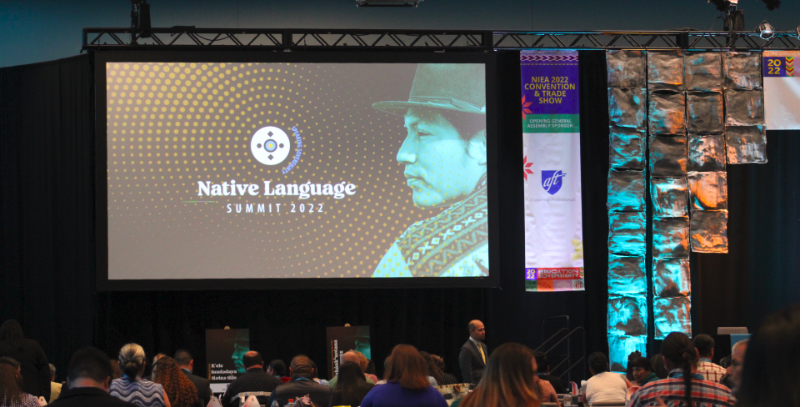 Guest Opinion. I am extremely proud that one of the first bills that President Joe Biden signed into law in 2023 was the Durbin Feeling Native American Languages Act. This law, named after my friend and Cherokee National Treasure Durbin Feeling, will support Native language programs in Cherokee Nation and across the United States. It will boost our momentum to revitalize the Cherokee language that is central to our identity as a tribal nation.

After the U.S. did so much to try and destroy our language and culture, this bipartisan legislation holds the federal government accountable for undoing that damage. It gives the president greater ability to make sure all federal agencies are meeting requirements and coordinating with each other to support Native languages. The act authorizes a federal survey of Native language use and language revitalization programs’ unmet needs every five years. These surveys will allow tribes, like Cherokee Nation, to advise Congress on ways to improve the delivery of federal resources.

Durbin Feeling was the largest contributor to the Cherokee language since Sequoyah, and his unwavering commitment to Cherokee language perpetuation is the foundation upon which Cherokee Nation teaches future generations to honor and carry on Cherokee traditions. He developed hundreds of Cherokee language teaching materials that remain in use by speakers today. Durbin was committed, heart and soul, to these preservation efforts, and his name being attached to this legislation is a fitting honor because it speaks to everything he stood for. It will, no doubt, build upon his legacy to advance the Cherokee language.

We thank President Biden as well as Senate Committee on Indian Affairs Chairman Brian Schatz and Vice Chairman Lisa Murkowski for their leadership on this important legislation. I also want to acknowledge First Lady Dr. Jill Biden, who visited our immersion school during a trip to the Cherokee Nation Reservation in 2021. When she was our guest, she said “language is not just a collection of words … it helps us tell the story of our culture and traditions — containing the wisdom of the world that only we know.” These new federal laws will go far to protect the Cherokee identity and traditions rooted within our language.

Today, we have about 2,000 Cherokee first-language speakers. Our language programs, especially when led by first-language speakers, are critical for transferring Cherokee knowledge and traditions to the next generation. Recently, we opened the Durbin Feeling Language Center in Tahlequah, a 52,000-square-foot center that houses the Cherokee Immersion school as well as the Cherokee Language Master Apprentice Program for adult learners. It also is home to all Cherokee Language Department programs, including translation, curriculum development and community language departments.

Cherokee Nation’s leadership in language revitalization is not only producing results here at home, but inspiring efforts across Indian Country. As evidenced by the new federal law, we are also inspiring our champions in Congress. We can point back to our landmark tribal statute, the Cherokee Nation Durbin Feeling Language Preservation Act of 2019, as elevating the cause of Indigenous language preservation across the United States.

We continue to build on the foundation Durbin Feeling helped lay to promote and preserve the Cherokee culture. The language is a bedrock of our strength as a tribe. I am thankful for Durbin Feeling and all of our language champions, young and old, who are ensuring that Cherokee will be a living language for many more generations.