The twister in the classic The Wizard of Oz film that landed Dorothy and her dog Toto onto the fictitious yellow brick road made Kansas known for its tornadoes. 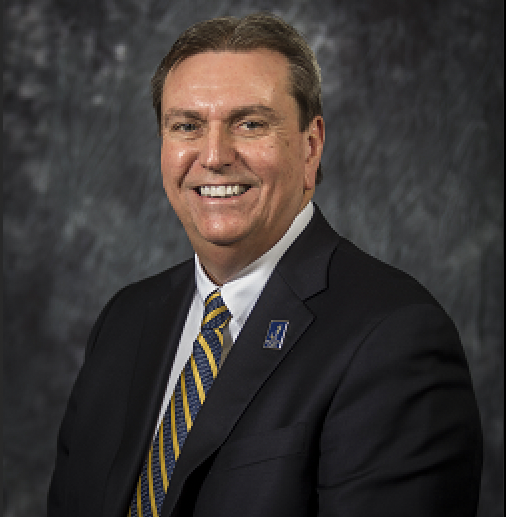 So when Randy Watson, who grew up in Kansas, was asked by his visiting California cousins if they were going to get killed by a tornado, he told them, “don’t worry about that, but you got to worry about the Indians raiding the town at any time.”

In other words, Watson tried to convince his out-of-state cousins Indians are more threatening to them as white people than violent tornadoes.

Along with Texas and Oklahoma, Kansas is one of three states in what is known as Tornado Alley. So, Watson’s preposterous statement about “raiding Indians” is more fiction than the dangers of tornadoes depicted in The Wizard of Oz.

Recently Watson came under fire from remarks he made during an hour-long keynote address at a conference hosted by the Andover Center for Advanced Professional Studies on Feb. 15, 2022.

Andover, Kansas was devastated by a tornado in 1991.

About 40 minutes into his address, Watson told the audience that he used to teach in Andover, Kan. by going off script and started talking about tornado safety and told the crowd what he once told his cousins they had to be more worried “about the Indians raiding the town at any time.”

His comments caught on video went virtual and drew the ire of Native Americans serving in the Kansas Legislature and Democratic Kansas Gov. Laura Kelly. The governor and Native American lawmakers called for Watson's resignation.

“Commissioner Watson revealed himself as someone who is not suited for a leadership role and because of that he should resign immediately. We hope his disrespect brings attention to the need to correct historic wrongs and an understanding that there should be no tolerance for discriminatory language and actions against those of us whose land, culture and community is the foundation of today's United States of America,” Chairman Rupnick said in a statement to Native News Online.

“We are disappointed by the actions taken by the Kansas State Board of Education. Their response sent a clear message to Indigenous People that comments like this are completely acceptable,” Chairman Rupnick told Native News Online on Saturday. “The Board should ensure that all students under their charge are protected, rather than protecting the privileged few whose derogatory comments perpetuate discriminatory behaviors.”

Friday’s decision did not sit well with Kansas state Rep. Stephanie Byers (Chickasaw Nation), who felt Watson’s resignation should have been accepted by the Kansas Board of Education.

“Do I wish the State Board of Ed had accepted Dr. Watson’s resignation? Yes. Yes, I wish they had. Had his comment used any other race or ethnicity than ‘Indian’ I’m certain the board would have accepted his resignation. This event just serves to elevate the severe need for equity and the truthful teaching of history, not just in Kansas, but across our country,” Rep. Byers, who taught in public schools for 29 years and now serving in her first term in the Kansas House, commented to Native News Online.

The first term lawmaker says systemic racism against Native Americans is deeply buried in all of our systems.

She hopes Watson's suspension is the beginning of change.

“It is also my hope that eyes and ears will be opened. Ears opened to hear the voices of our grandmothers through us, the grandmothers that danced prayers for us, never knowing who we will be. Eyes opened to see the nations that were here and are here, to see Native Americans in the “today” and know that we are the descendants of those that survived cultural genocide and outright murder,” Rep. Byers said.

Unfortunately, with Watson still at the helm of the state’s educational system, the Kansas Board of Education’s slap on Watson’s wrist sends the message to all Kansas public school teachers that it's okay to say disparaging things about Native Americans. The penalty for fictitious remarks about Native Americans may result in a suspension, but not termination.

The Kansas Board of Education needs to reevaluate its decision that allows for racism against its state’s Native population.