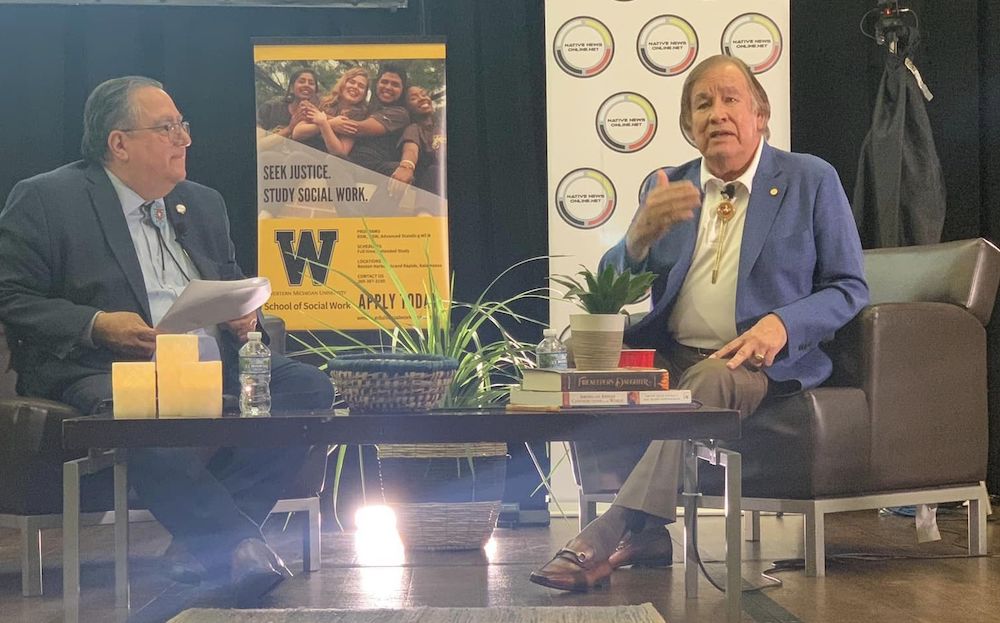 Opinion. At Native News Online, we cover many different topics in Indian Country. Sometimes they involve events that are filled with triumph, and some are painfully difficult. Too often, we deal with stories that are laced with pain, loss, and historical trauma.

Our newsroom often discusses the need to balance things out with stories that uplift Native American communities and inspire Native youth to work hard so they can overcome the odds that so many of them face in their daily lives due to circumstances out of their control, such as poverty and addiction.

As the end of 2022 approaches, I reflected on some of the stories that I personally covered this year that filled me with Native pride and gave me hope for a better Indian Country.

The first event happened on the first Monday of June, when I traveled to the Cherokee Nation’s capital city of Tahlequah, Oklahoma. Upon arrival at the Cherokee Casino, I felt excitement in the air. Several of the nation’s leaders were parking their vehicles in designated parking spaces when I arrived. They emerged from their cars with huge smiles on their faces as they greeted one another.

Inside, a standing-room-only capacity crowd of 500 was lively as they awaited the beginning of the program. Off to the left of the stage was a large black-and-white photo on an easel of the late Cherokee Nation Principal Chief Wilma Mankiller. Other easels contained photographs of Mankiller at various functions throughout her political career as leader of the Cherokee Nation.

The occasion was the release of the Wilma Mankiller quarter as part of the U.S. Mint’s American Women Quarters Program. The release was the third in a series of quarters honoring American women. The first two releases featured Maya Angelou and Dr. Sally Ride. By year’s end, Nina Otero-Warren, and Anna May Wong were also honored on 25-cent coins.

The crowd was not disappointed as they heard an array of speakers —  including the current Cherokee Nation Principal Chief Chuck Hoskin, Jr. — talk about how Mankiller transformed the Cherokee Nation into the progressive and prosperous tribe it is today. Every principal chief since Mankiller is measured against her greatness, Hoskin said.

Adding to the excitement at the release event were surprise appearances by former U.S. Poet Laureate Joy Harjo (Muscogee) and feminist Gloria Steinem, a longtime friend of Mankiller.

A highlight for me was when Harjo read a portion of a poem Mankiller wrote:

While I never personally met Chief Mankiller, I certainly admired her tenacity as the first female principal chief of the great Cherokee Nation. As such, she was a pathfinder for other women to seek tribal leadership.

Mankiller is cited for tripling the Cherokee Nation’s tribal enrollment, doubling employment and the development of new housing, health centers and children’s programs. After Mankiller left office, she served on numerous philanthropic boards. In 1998, former President Bill Clinton presented Mankiller with the Presidential Medal of Freedom, the highest honor for a U.S. citizen.

Another inspirational event for me in 2022 happened in November, when I had the privilege to interview legendary Olympic gold medalist Billy Mills (Oglala Sioux Tribe) on two different nights at Western Michigan University and Grand Valley State University.

Mills, 84, told his story, including how he overcame growing up as an  orphan to become the only American to ever win the Olympic gold in the 10,000-meter race in the 1964 Summer Olympics in Tokyo. His gold medal-winning performance is considered one of the greatest upsets in Olympic history.

It’s been a long and often tiring year for me. Covering the Wilma Mankiller event and talking to Billy Mills helped re-energize me, as did interviews with other inspiring Indigenous people like Nicole Mann, the first Native American woman in space, and Mary Peltola, the first Alaska Native elected to the House of Representatives.

Native Americans should celebrate the triumphs and successes of one another. Call it an early resolution for the new year, but Native News will work to make sure we publish more stories that uplift, inspire and inform in 2023.

EDITOR NOTE: As 2022, comes to an end, Native News Online is conducting a year-end campaign to raise $30,000 in funds so that we can continue to bring our valued readers the important news about Indian Country. Please consider supporting our efforts year-round by becoming a monthly recurring donor.