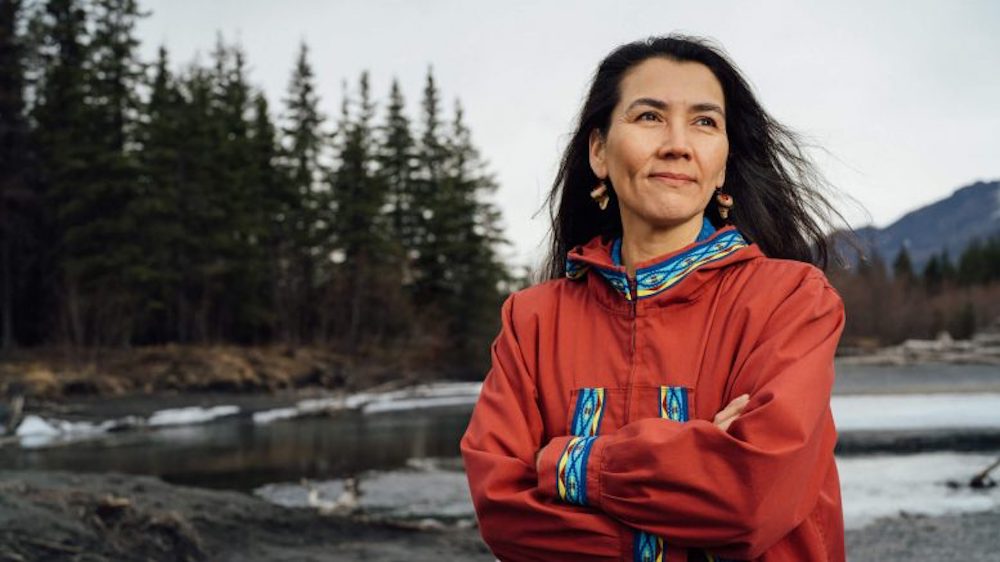 Opinion. During election years, Labor Day has served historically as the kickoff to the November election season. While there’s already been unusually high interest in primary elections in this cycle, campaigning will intensify over the coming weeks as the midterm elections approach on November 8, 2022.

There’s a lot at stake in this election because whichever party controls Congress ultimately controls the “power of the purse.” Suffice to say, the funding appropriations for key services in Indian Country — health, education, housing, and employment programs — are important.

That’s why having Native voices in the next Congress is important, as well.

There are nine Native Americans running for seats in the 118th Congress. Some are Democrats. Some are Republicans. Some are incumbents. Some are new. All are American Indians, except one.

The “one” is Mary Peltola, who made history last week when she was named the winner of Alaska’s highly competitive special election to fill the seat of former U.S. Rep Don Young, who died in March. Peltola, who is Yupik, will become the first Alaska Native to serve in Congress.

On receiving the news last Wednesday, Peltola tweeted: “It was a good day.” By coincidence, it was her 49th birthday, as well.

Peltola, a Democrat, beat former Alaska governor and GOP vice president candidate Sarah Palin. Peltola ran as “Alaska's best shot at keeping an extremist from winning,” according to her campaign website. She emphasized she was the only candidate in this race who isn't a multi-millionaire.

If he were still alive, Young, a Republican who served as Alaska’s lone House member for 49 years, might have had some mixed feelings over Peltola’s win because she is a Democrat. On the other hand, the fact that Peltola is an Alaska Native probably would have pleased him.

“I would be no more prouder in my life than to have an Alaska Native be the (next) U.S. Congressman,” Young said back in 2011 at the Alaska Federation of Natives convention in reference to who might succeed him in Congress.

Peltola’s representation of Alaska in Congress will be important because she has a deep understanding of issues that matter to Native Alaskans, such as the importance of being “pro-fish” in a state where Indigenous people depend on fishing for a living — and to live.

“A lot of our identities are tied to salmon,” she told me in an interview. “We have a commercial relationship with salmon, and it is a critical part of our economy.”

When I asked her about her pro choice stance she took as a candidate, her answer demonstrated how her being a Native person might influence her decision-making as a lawmaker.

“I do want to also mention that part of my view on women's reproductive rights is influenced by the fact that many Alaskan Natives and Native Americans were sterilized without their knowledge or consent,” Peltola said.

She reminded me during our conversation: “I also have to make sure that I let you know that I am more than just my ethnicity. I'm more than just my gender. I bring a lot of experience to the table and I understand very deeply that I've been chosen to represent all Alaskans, regardless of their ethnic background or party affiliation or gender or gender identity. And I'm going to take that responsibility very seriously.”

Peltola will be able to build on what Young did for Alaska, according to author, speaker and NBC News contributor Allysa London (Tlingit).

“Rep. Young did so much for Alaska Native people over his tenure, and our community was grateful for his efforts,” London said. “It is poetic that he is now succeeded by an Alaskan Native as he wished. He created a legacy and foundation of supporting Alaska Native interests from his seat and that is now was Mary can build upon.”

As a Native Alaskan, Peltola’s representation will indeed serve Alaska well and will build on the growth in Natives serving in Congress over the past four years. Native American representation in Congress doubled during the 2018 midterm elections of Rep. Deb Haaland (Laguna Pueblo) and Rep. Sharice Davids (Ho-Chunk) to Congress.

Rep. Davids reflected in a 2019 interview about Native representation in Congress. She said:

“I have that chance to take a step back and realize that folks like Deb Haaland and I are bringing a completely different lived experience and perspective to all of this ... and that it will be a part of making sure that other people after us just see that not only is it a possibility, but it is likely. I think that I only get to think about that every now and again, which is probably good because it's a little bit overwhelming.”

In the case of Haaland, getting elected to Congress was a springboard to her current post as the secretary of the U.S. Department of the Interior. As the first Native American to serve in a secretarial position in a presidential cabinet, her representation has already proven to be enormous for Native Americans, such as when she established the Federal Indian Boarding School Initiative.

Native Americans view the world through a different lens than non-Natives. As elected officials, they bring an added perspective to policy making. That’s important for all Native Americans — and for all Americans.