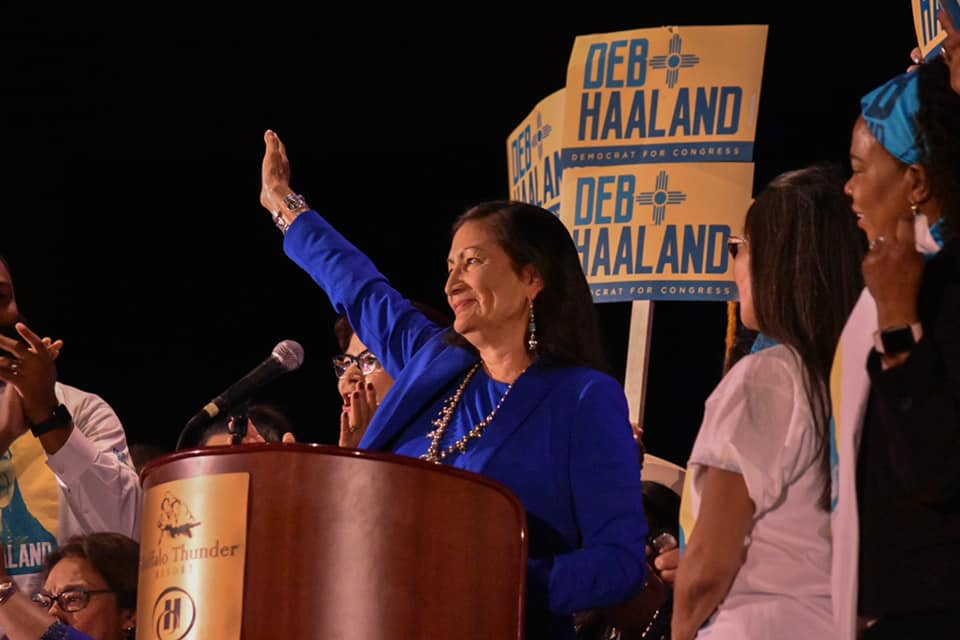 Opinion. The selection of Rep. Deb Haaland, a tribal citizen of the Pueblo of Laguna, as secretary of the U.S. Department of the Interior is historic. It makes her the first American Indian to ever hold a cabinet-level position within a presidential administration in the history of the United States.

If confirmed, Haaland will shatter yet another ceiling, in a political career full of barrier-breaking achievements. She shattered the first one when, along with Rep. Sharice Davids, she became one of the first two American Indian women elected to Congress in November 2018, and she shattered another one when she became the first Native woman to preside over a House of Representatives session.

Yesterday, Indian Country erupted in celebration. Native people all over the country flooded social media and reached out to relatives to express their relief and jubilation. I began to receive telephone calls and emails with ecstatic messages from family and friends. Praise came from national American Indian organizations, tribes, tribal leaders, environmental groups and elected officials.

The celebration was warranted because Rep. Deb Haaland’s nomination by President-elect Joe Biden is extraordinary for Indian Country.

Biden proved he is a man of his word when he told the nation his cabinet and administration appointments will reflect America. Even before Haaland’s nomination, Biden had nominated several “firsts” to his cabinet relating to race, gender and sexual orientation.

To Indian Country, Deb Haaland has already proven she is a warrior. Beyond representing her congressional district covering the city of Albuquerque, N.M., she served Indian Country bravely in Congress. As a member of the House, she spearheaded legislation on critical issues for native people such as Savanna's Act, a bill addressing the crisis of missing and murdered indigenous women (MMIW) across the country. She has written legislation to improve broadband in Indigenous communities, and to protect sacred sites, among other initiatives.

She will now take that warriorship to the Interior Department to fight for Indian Country, prioritizing the protection of public lands and the environment, broad issues that significantly and directly impact the lives and cultures of Native people.

The significance of Haaland’s appointment as Secretary of the Interior is unprecedented, largely because for the first time ever governmental policies will be viewed through the lens of Native people. It has long been recognized that the department’s policies and bureaus — such as the Bureau of Land Management, the Bureau of Indian Affairs and the Bureau of Indian Education — have not existed to protect Native land and people. In fact, the department has historically disenfranchised, suppressed and colonized Indigenous people.

The significance of Haaland being the first American Indian to serve as a U.S. cabinet member shows deference to American Indians, who have been disregarded, trampled on and forsaken for centuries. It is the very premise upon which this country was founded, a story that has not been forthrightly told and that must be honestly told to accomplish progress and healing.

Haaland’s presence at a White House cabinet meeting will never erase the atrocities history afforded our ancestors. However, it will provide the makings of a new beginning — open a new chapter — for Indian Country. It will provide an opportunity to improve relations between the federal government and tribal nations, changing the course of the future for Native people and all citizens at large.

That it was Biden’s administration to name Haaland to this post is significant, too. Native people have in the past been used to carrying out the dirty work of colonizers. We are relieved, but watchful, and we’re on alert that this post will carry out the justice that Native people and all Americans deserve. 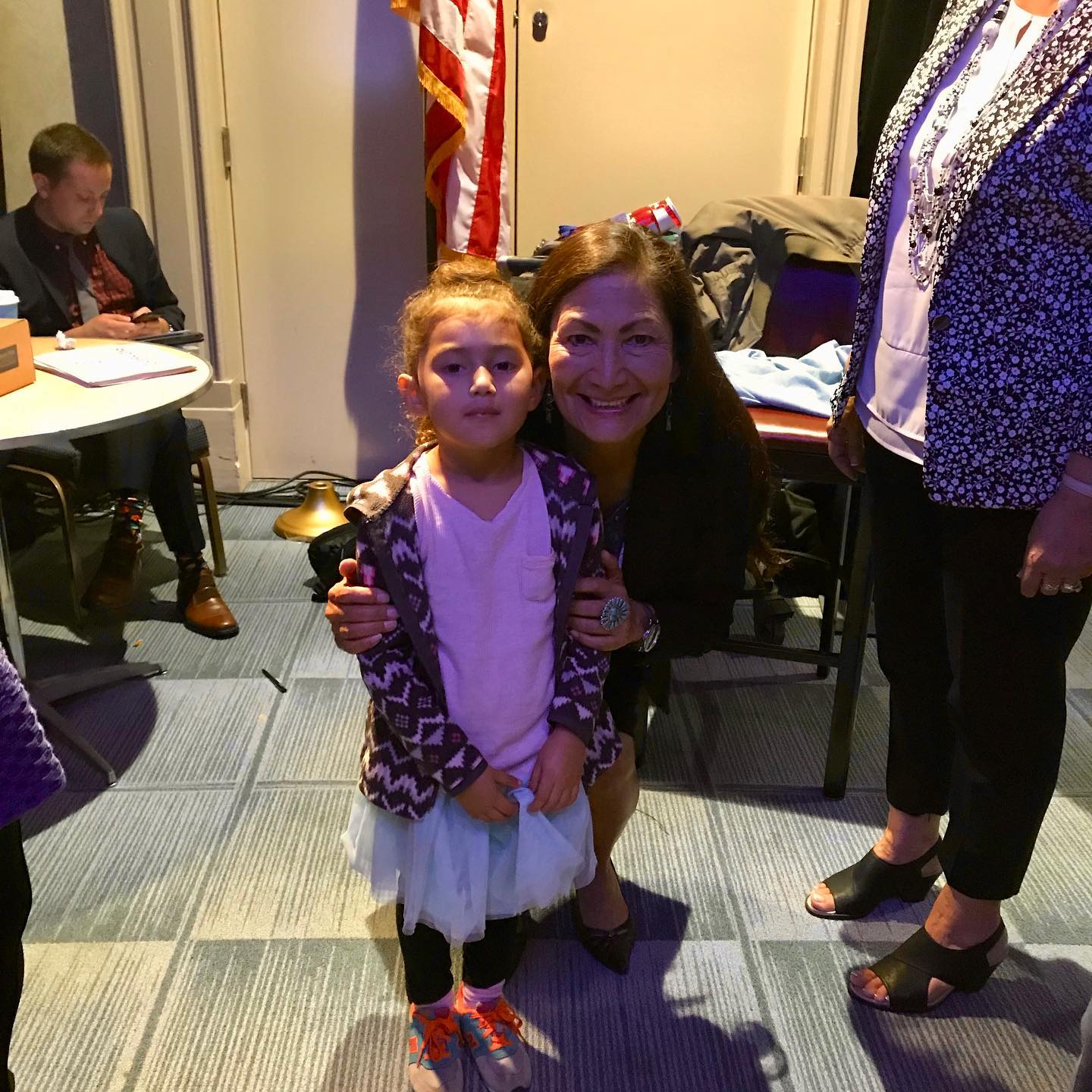 Rep. Deb Haaland is poised to inspire a generation of Indigenous youth. Photo via Facebook.

Beyond history, Haaland’s appointment will give hope to every Native child across the United States. A place in the cabinet will give hope to Native youth, telling them that they can aspire for more than the poverty and social ills so many of them have witnessed their whole lives and that afflict so many tribal citizens in Indian Country. Like many young people of color in this country, Native youth are plagued with hopelessness.

Native youth need to hear Deb Haaland’s story, how she overcame homelessness as a single mother, feeding herself and her daughter with food stamps. They need to hear the story of Haaland receiving her law degree in her 30s. Her persistence and determination has already inspired generations, and now her cabinet seat will let Native youth know all that they can achieve. Haaland’s appointment gives them hope.

Thursday’s announcement filled me with tears on more than one phone call with friends, family and colleagues. In a world that’s been bleak on more than one occasion this year, hope is a wonderful thing.