As Millions of Quarters Featuring Wilma Mankiller are Circulated Around the Country, Her Story Should be Shared Too 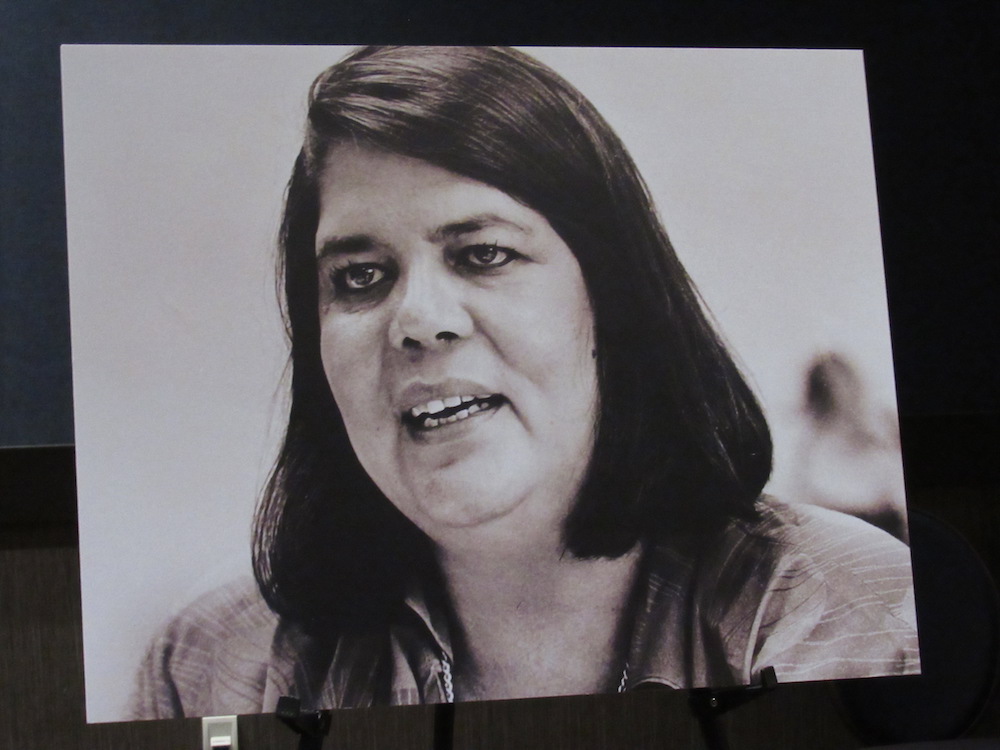 Opinion. Walking into the crowded community room at the Cherokee Casino in Tahlequah, Oklahoma last Monday, I could feel the anticipation from the crowd of more than 500 as they awaited the release of the Wilma Mankiller quarter by the U.S.Mint. There were many there who Mankiller once served as the first female principal chief of the Cherokee Nation, as well as many not yet born during her administration. Regardless, they were there to honor her great legacy.

The event was a pleasant reprieve for me after months of covering difficult stories about Indian Boarding Schools, Missing & Murdered Indigenous People (MMIP), and other daily tragedies that happen in Indian Country.

Monday’s release was the third in a series of quarters honoring American women. The first two releases featured Maya Angelou and Dr. Sally Ride. Other women to be featured in the American Women Quarters Program are Nina Otero-Warren, and Anna May Wong.

The crowd was not disappointed as they heard speaker after speaker, including the current Cherokee Nation Principal Chief Chuck Hoskin, Jr. speak about how Mankiller transformed the Cherokee Nation into a progressive and prosperous tribe it is today. Every principal chief since Mankiller is measured against her greatness, Hoskin said.

The release of the quarters with Mankiller’s image stamped on it makes way for millions of coins to be circulated millions of times. Hopefully, it will cause people throughout the country to pause and want to learn about Mankiller, who was one of the most powerful Native American leaders of the past half century. She was not only a Native leader, but an American leader, who many can admire and even seek to emulate.

Mankiller, with collaborator Michael Wallis, told her story in Mankiller: A Chief and Her People. (An Autobiography by the Principal Chief of the Cherokee Nation).

One month short of her 11th birthday, Mankiller moved with her family from Oklahoma to San Francisco. Her family participated in the federal American Indian Relocation Policy program of the 1950s that moved Native Americans from reservations to cities such as Chicago, Denver, Los Angeles, Minneapolis and San Francisco, among others.

Mankiller called this part of her life her own personal “Trail of Tears.”

Once in San Francisco, she felt alienated because she and her family were the only Indian family living in the neighborhood. She writes in her autobiography that “Indian families looked for other Indian families.”

Eventually, the family discovered the San Francisco Indian Center where she could go to be around other Native Americans. She writes that Indian centers emerged in urban settings so urban Indian families could band together and form a sense of community.

In Mankiller’s assessment, the American Indian Relocation Program was, by and large, a failure.

By 1969, the activism of other racial groups had transferred to American Indians. It was in November of that year, a group of American Indians began its 19-month occupation of Alcatraz Island. While the group led by Richard Oakes (Mohawk) and LaNada War Jack (Shoshone-Bannock) was small at the outset of the takeover of Alcatraz, numbering only 14, it swelled to 1,000 at its peak.

Oakes, who seemed radical at the time, was a strong defender of treaty rights. Mankiller argues his radical stances became common beliefs among today’s tribal leaders.

Mankiller and four of her siblings participated in the occupation. While she did not stay on the island, she went back and forth, spending much of her time at the American Indian Center in San Francisco that served as a command post.

Mankiller  writes that she gained self-respect and a sense of pride during the Alcatraz occupation: “It changed me forever.”

Mankiller continues: “Throughout the Alcatraz experience and afterward, I met so many people from other tribes who had a major and enduring effect on me. They changed how I perceived myself as a woman and as a Cherokee.”

Mankiller’s West Coast activism work was recalled on Monday by former Cherokee Nation Principal Chief Ross Swimmer. He recounted how Mankiller brought her activism skills home to Oklahoma to work on behalf of improving the infrastructure and creation of jobs.

There was a lot of love in the room, as speaker after speaker recounted the powerful leadership Mankiller displayed as she led one of the largest tribal nations in the country for a decade. The feelings peaked for me when former U.S. Poet Laureate Joy Harjo (Muscogee Creek Nation), read poetry written by Mankiller that will be published with other poems in an upcoming volume this summer. Harjo read Mankiller’s’words:

Harjo then introduced author and feminist Gloria Steinem, whose friendship with Mankiller transcended cultural differences. Steinen reminded the crowd of Mankiller’s stance on a woman’s right to decide what is best for her own body.

“She believed not only in tribal sovereignty, but in women's reproductive sovereignty … I believe, and I think we all know that Wilma would once again, be on the side of reproductive freedom,” Steinem said.

Even amidst all the love for Mankiller shared last week, some in Indian Country brought up her stance on blood quantum and the rights of Cherokee Freedmen as issues where she missed the mark. Wilma Mankiller was not perfect. But her vast contributions to the Cherokee Nation far exceed criticism of her leadership decisions.