Answers to an Italian Sculptor’s Questions about Native Americans 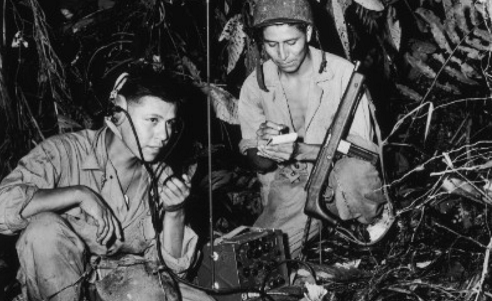 Opinion. The internet has made our world smaller. What is published in the United States online gets read in Europe and other parts of the world.

Last month I received an email from a sculptor from Italy who asked me a series of questions relating to the treatment of Native Americans in the United States. He asked questions based on his observations as a European.

He wrote: “I have the impression that if there were "classes of the oppressed," Native Americans would be in the last class, while I think they should be in the first class! (unwanted irony).”

I thought I would address his questions in a column so others who live abroad—and in the United States—could have a better understanding of Native Americans.

Answer: There has been great strides experienced in other minority or marginalized communities and this is widely based on the fact that, as you mention, other movements and minorities are discussed in school curriculums, they have representation in various forms of media and pop culture platforms. They have both critical mass and allyship, because we talk about their experiences. For our Native American/Indigenous populations, we do not have critical mass, allyship, or representation and we have been politically removed from the narrative that is the United States of America. These factors lead to our lagging behind other marginalized populations in advancing towards equity.

Question: Do you know if there are movements of Indigenous Americans, or individual Native personalities (writers, artists, and journalists), who speak precisely of this particular aspect, that is, of the differentiation of classes among the oppressed? I also see a lack of lobbying groups for Native Americans.

Answer: Fortunately, there have been Native Americans who have spoken out and fought for the rights of Native people throughout our history.

In 1969, a group occupied Alcatraz Island to bring attention to the mistreatment of Native people. During the same era, the American Indian Movement emerged as an organization that had its origins in the Twin Cities of Minneapolis and St. Paul, Minnesota, that initially decried the police brutality committed against Native Americans there.

In recent years, the resistance at Standing Rock, when scores of tribal citizens and allies went to the Standing Rock Indian Reservation to rally against the encroachment of the Dakota Access pipeline on the ancestral lands and waterways of the Lakota people. This movement to fight the pipeline began by tribal youth who sought to protect Mother Earth from big oil.

We do have representation in many sectors of policy making in government with national organizations such as the National Congress of American Indians, National Indian Health Board, National Indian Gaming Association, to name a few.

Since the early 1900s, our tribal nations created places to gather, build camaraderie, and influence policy making at the federal level. We have many individuals who have gained access to the policy making tables and we are growing in our allyship and critical mass where it counts.

Even though each tribal nation is independent from one another, collectively working together as sovereign nations has allowed us to make strides.

That is one reason I began Native News Online over a decade ago. I recognized the need for Native Americans to have a voice in America.

What prompted the Native Americans to fight in an army that massacred and exterminated them a hundred years earlier? How do you fight for a nation and army, which occupied your lands, destroyed your people and your culture?

Answer: Historically, American Indians have been known as warriors. It is a deep tradition that has continued to modern times. This is perhaps the reason the Pentagon reports American Indians and Alaska Natives participate in the military at a higher rate than any other racial or ethnic group in the United States.

The rich contributions of the Native American code talkers during World War II have been chronicled in recent years. Their codes were never broken — an example of the power of Native language that was available to those who spoke it then. The language of Native people helped to save democracy during World War II. Ironically, this valuable language was beaten out of that generation at Indian boarding schools in the U.S. and Canada. Thankfully, the language survived.

I fully appreciate the interest the Italian sculptor has about our Native people and his perspective that generated great questions. If you have questions about Native Americans, please email your questions at [email protected]