Opinion. There was one small reason — and only one — I was not entirely excited about Deb Haaland, a tribal citizen of the Pueblo of Laguna, becoming the 54th secretary of the Interior: she had to leave Congress. 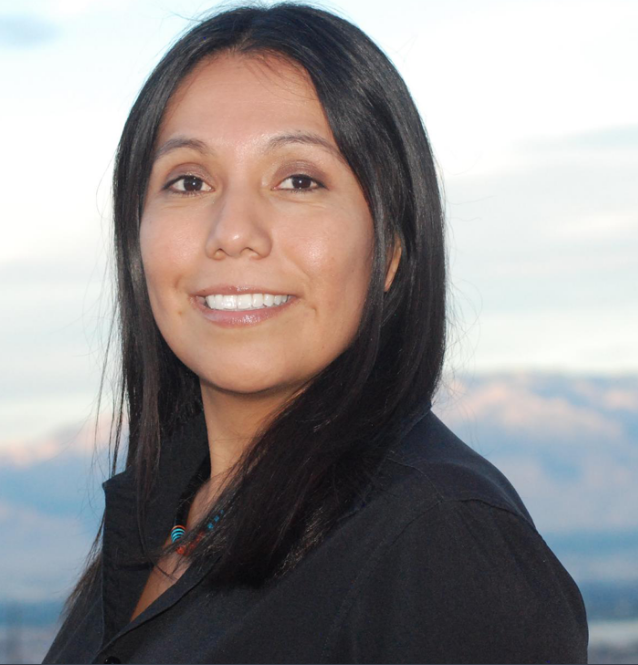 I remember the excitement across Indian Country when she and Rep. Sharice Davids (D-KS), a tribal citizen of the Ho-Chunk Nation, were elected to 116th Congress in Nov. 2018. Together, they shattered a glass ceiling as they entered the 116th Congress as the first two Indigenous women in Congress.

That it took until the 116th Congress is a tragedy and to have Haaland leave, albeit for a position of considerably larger influence, would be a circumstance I would have to accept.

In Feb. 2019, hundreds of tribal leaders were invited to a reception at the Capitol to celebrate Reps. Haaland and Davids on the first night of the National Congress of American Indians Executive Winter Session. There was laughter and tears of joy as they entered the room. After brief remarks, Haaland was gracious enough to accommodate tribal delegation after delegation that wanted to have a souvenir photograph with her. Later that week, I went to her office in the Longworth House Office Building. As I approached her office, there were tribal delegations lined down the hallway for an opportunity to visit with her and show support. The tribal delegations knew they had a voice to represent them in Congress.

While in Congress, Haaland served her constituents in New Mexico’s 1st congressional district well, as evidenced by her garnering 58.2 percent of the vote in her reelection last November. After all, they were the ones who sent her to Washington.

Beyond that, Haaland became a fierce voice on Capitol Hill for the Missing and Murdered Indigenous Women (MMIW) epidemic. She worked hard to improve broadband on Indian reservations and helped craft legislative language into the CARES Act so that tribes would receive, at that time, a record $8.2 billion dollars to help fight the ill effects of the Covid-19 pandemic in Indian Country.

Haaland left Congress two weeks ago, one day after she was confirmed by the U.S. Senate to become the 54th Secretary of the Interior.

Haaland’s departure created a void and a need to elect another Indigenous woman to Congress.

The good news is there is an opportunity to have another Native American woman elected to Congress.

Among the field of eight Democrats seeking to represent the 1st congressional district, is New Mexico State Rep. Georgene Louis, a tribal citizen of the Acoma Pueblo. She is an attorney and is currently serving her fifth term in the New Mexico legislature. Her strength is she ran unopposed during the last three election cycles.

She is more than ready to serve in Congress. Louis is currently the chair of the New Mexico House Committee on State Government, Elections and Indian Affairs. She has successfully sponsored critically important and complex public policy issues, including legislation to bolster the economy, elevate the rights and contribution of women, require equity at all levels within state government, and create opportunities to improve education, health care access, honor and protect tribal sovereignty and the government-to-government relationship between the state of New Mexico and Pueblos and other tribal nations.

Her experience over others vying for the seat demonstrates she is ready to take the leadership she exhibits at the New Mexico State Capitol in Santa Fe to the U.S. Capitol in Washington.

“Following Sec. Haaland, if elected I tell people, ‘I know i have big moccasins to fill,’” Louis told me in a telephone interview on Monday. “But with my experience, I am ready to hit the ground running.”

“I know firsthand the importance of powerful voices in Washington, D.C.,” said Jodi Archambault (Standing Rock Sioux Tribe) in a statement on Louis’s campaign website. “Georgene’s long record of effective public service and her dedication to amplifying the voices of everyday New Mexicans makes her uniquely qualified.” Archambault served as the special assistant to the President for Native American Affairs for the White House Domestic Policy Council during the Obama administration.

In all, Louis has the endorsements of more than 120 tribes, either individually or through tribal organizations, including the Coalition of Large Tribes (COLT) and the Midwest Alliance of Sovereign Tribes (MAST).

These tribal nations understand fully the importance of having representatives who are Native American and who can become strong voices in Indian Country.

In the time of deep political division in the United States, Indian Country needs strong representation that will vote to improve the lives of Native people.

Sending the lawmaker to Congress will open the glass ceiling once again, so that another Indigenous woman can effectively represent the 1st congressional district and Indian Country.