A Century Later, Women’s Suffrage Reminds Us We Still Have Work to Do 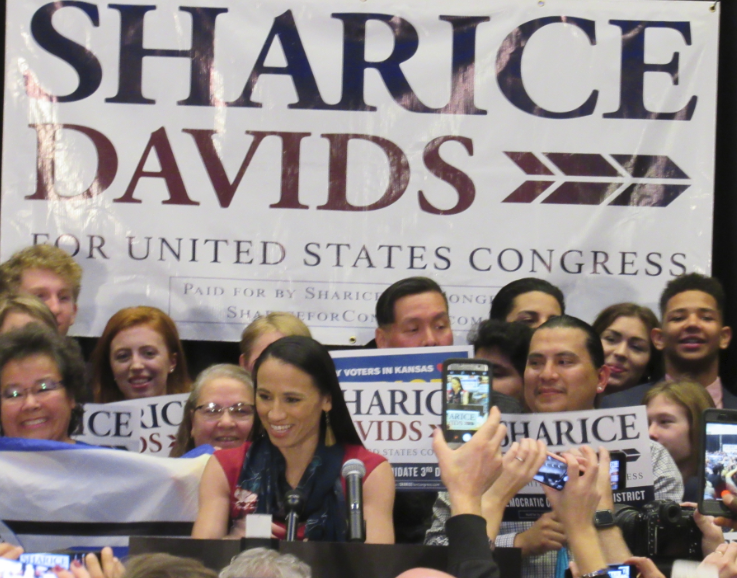 Opinion. Last Tuesday marked the 100th anniversary of women’s suffrage, when the 19th amendment guaranteed most American women the right to vote. The amendment was ratified on Aug. 18, 1920. Upon ratification, the amendment did not include American Indian women because American Indians were not yet citizens of the United States. It took almost four more years for America’s First Peoples to gain citizenship, on June 2, 1924.

The 100th anniversary of women's suffrage allowed reflection on how far we have come in the United States and a look at the obstacles and challenges that confront us.

In 1968, a commercial promoting slim cigarettes used black and white suffrage photographs with the slogan, “You’ve come a long way, baby” at the cusp of the feminist movement.

In reality, for some Native women the “long way” actually was a move backwards because before European contact, several tribal nations maintained matriarchal governance, which was foreign to white settlers, who came from male-dominated cultures. Even while Native women had a voice within their tribal societies, such as the clan mothers within the Haudenosaunee Nations (Mohawk, Oneida, Cayuga, Seneca and Onondaga) in New York state, their voices were discounted for the most part by non-Natives.

Still, Native women held significant influence in many tribes across Indian Country. Through the years, Native women had led tribes with distinction, such as the late principal chief of the Cherokee Nation, Wilma Mankiller.

In April 2018, I interviewed Sharice Davids (Ho-Chunk) in a Las Vegas hotel coffee shop while covering the National Indian Gaming Association’s annual conference. There she sat, a Cornell Law School graduate and former Obama administration staffer seeking the Democratic Party’s nomination for Congress for the Kansas seat in a field of six contenders, confident as she explained to me why she thought she could win the nomination and go on to defeat the incumbent, Rep. Kevin Yoder. I smiled to myself.

I saw fire in her eyes that day — a true Native warrior.

During her race to win the nomination, Sen. Bernie Sanders flew into the district to hold a rally for one of her Democratic opponents. On the Republican side, Vice President Mike Pence visited the district to assist Yoder in a fundraiser. The odds did not look good, but Davids won the primary.

A week before the November election, I traveled to Olathe, Kan. to cover history being made. It was a big deal for an American Indian woman to become a member of Congress and the polls looked favorable. Shortly after the polls closed, the national television networks announced Davids’s victory. Walking into the ballroom where her victory celebration was underway, I saw other American Indians with smiles on their faces and tears in their eyes. They all knew, like I did, that one more glass ceiling had just been shattered.

It took until the 116th Congress for two American Indian women to gain entry.

That same election night in 2018, Peggy Flanagan (White Earth Ojibwe) became the highest-ranking elected official in the nation at state level, when she was elected to be Minnesota’s Lieutenant Governor.

During the 2008 presidential campaign, then-candidate Barack Obama made a speech on race relations that became known as his “A more perfect union” speech. Taken directly from the preamble of the U.S. Constitution, the premise of the speech was that this country has had its imperfections since its birth and that the movement towards perfection is a continuum.

With the election victories of these three Native women, the nation got closer to perfect. The nation made progress.

This November, Indian Country has the opportunity to take another step closer to perfection by going to the polls and electing more Native women to office.

This election season, remember the words of Rep. Deb Haaland to millions of viewers during the final night of the Democratic National Convention: “Voting is sacred.”

It’s been 100 years since the women's suffrage movement. But there’s still a lot of work to do.