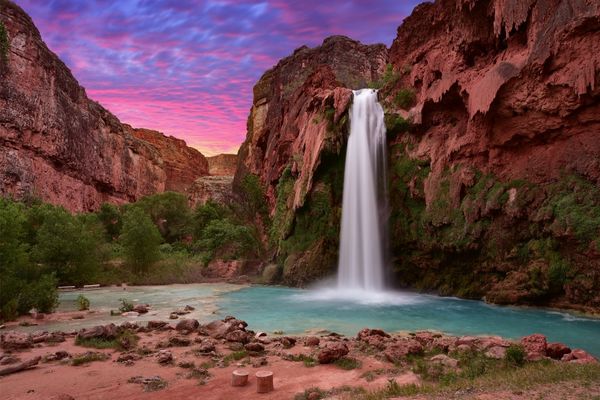 On Sunday, Jan. 1, President Biden approved a disaster declaration made by the Havasupai Tribe in northern Arizona for damages the Tribe sustained from severe flooding in October 2022.

The Federal Emergency Management Agency (FEMA) said in a statement that federal emergency aid will be distributed to supplement the Havasupai Tribe’s recovery efforts from the flooding. The Tribe is preparing to re-open the reservation for tourism after it closed its businesses for nearly three years during the COVID-19 pandemic.

The White House noted, "The President’s action makes federal funding available to Tribal and certain private nonprofit organizations on a cost-sharing basis for emergency work and the repair or replacement of facilities damaged by the flooding. Federal funding is available on a cost-sharing basis for hazard mitigation measures for the Havasupai Tribe.”

The funds will be distributed to the Tribe and other local nonprofit organizations to share costs for emergency work and repairs from flood damage. There has been no published amount of funding to be distributed.

The Havasupai Tribe said on its website, “On Oct. 1, 2022, the Tribe also experienced severe flooding, which destroyed several bridges and trails that are needed not only for our tourists but the everyday movement of goods and services into Supai Village.”

The Havasupai Indian Reservation is located in the Grand Canyon on the south side of the Colorado River. It is unreachable by road and is considered one of the most remote Indian reservations in the country. In March 2020, the Tribe closed its borders to protect its members from the pandemic, with Tribal officials extending the closure through the 2022 tourism season. The Tribe announced on its website that it is eager to open its reservation up for visitors on Feb. 1, 2023.