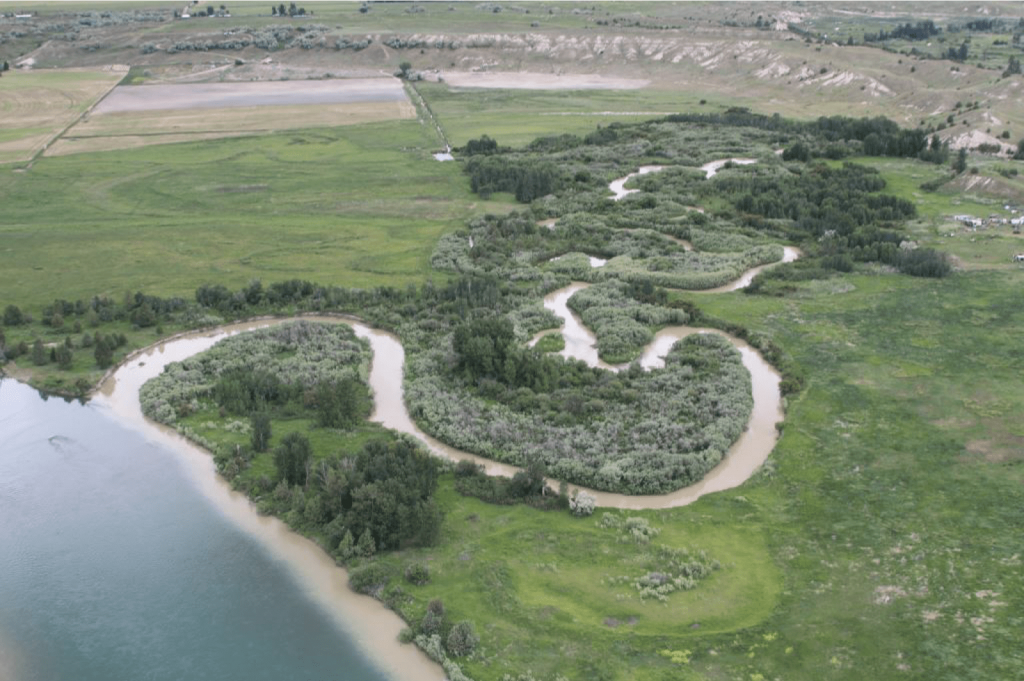 Deb Haaland's signature finalizes the long-negotiated agreement between Montana, the federal government and the Confederated Salish and Kootenai Tribes.

[NOTE: This article was originally published by Montana Free Press.]

In exchange for the CSKT relinquishing legal claims to thousands of off-reservation water rights, the agreement allocates $1.9 billion to a trust fund dedicated in part to rehabilitating the Flathead Indian Irrigation Project. The tribes have also regained control of the National Bison Range.

The compact was originally endorsed by the Montana Legislature in 2015. Federal legislation authorizing the compact, initially co-sponsored by Sens. Jon Tester and Steve Daines, was passed by Congress and signed into law last year as part of the Consolidated Appropriations Act of 2021. The final version of the agreement was then ratified by tribal leaders in late December.

“Water is a sacred resource, and water rights are crucial to ensuring the health, safety and empowerment of Tribal communities,” Haaland said. “The Department is committed to upholding our trust responsibilities and delivering long-promised water resources to Tribes, certainty to all their non-Indian neighbors, and a solid foundation for future economic development for entire communities dependent on common water resources.”

“Our elders continually remind us to protect our water and this day marks the beginning of the water compact implementation that will protect the water for all generations to come,” Fyant said. “The many people who worked on this, especially those who are no longer with us, I’d like to honor them for their efforts allowing us to reach this point.

“With the compact formally executed and with the Montana Water Rights Protection Act enacted into law, farmers, ranchers, the Confederated Salish and Kootenai Tribes, and all Montana water users will have the certainty they need about the use of one of our most precious resources, water,” Gianforte said.

“Today is a historic day for Montana taxpayers, ranchers, farmers, and Confederated Salish and Kootenai Tribes,” Tester said. “Water is life, and the Compact honors our trust responsibilities, creates jobs, and prevents decades of costly litigation while investing in infrastructure and providing certainty to water users everywhere.”

“After years of bipartisan work to settle this century-long water dispute, today’s signing marks the final step to protect the water rights of all Montanans,” Daines said in a statement. “It will prevent costly litigation, create jobs, and support our farmers and ranchers across Montana.”

The compact was negotiated between the tribes, the state and the federal government. In essence, it untangles the legal uncertainty created by the 1855 Hellgate Treaty, which granted the CSKT the right to hunt and fish in traditional locations both on and off the present-day Flathead Reservation in exchange for agreeing to cede more than 20 million acres of land.

Under Montana’s modern senior-user-takes-priority water rights system, those hunting and fishing rights translate to a “time-immemorial” in-stream water right — essentially a legal claim to keep enough water flowing in streams to support fisheries anywhere in the state historically occupied by the tribes.

According to the Montana Department of Natural Resources and Conservation, the CSKT had more than 2,000 off-reservation water claims scattered across the state, opening the possibility of litigation that could tie up courts and throw a wrench in agricultural water supplies across most of western and central Montana.

Eric Dietrich is a journalist and data designer and the founder of the Long Streets economic reporting project. His reporting focuses broadly on Montana’s governance and economic opportunity, with particular focus on the state budget and tax policy. He also contributes data reporting across the MTFP newsroom. Before joining the MTFP staff in 2019, he worked for the Great Falls Tribune, Bozeman Daily Chronicle, and Solutions Journalism Network and also earned an engineering degree from Montana State University. Contact Eric at [email protected], 406-465-3386 ext. 2, and follow him on Twitter.