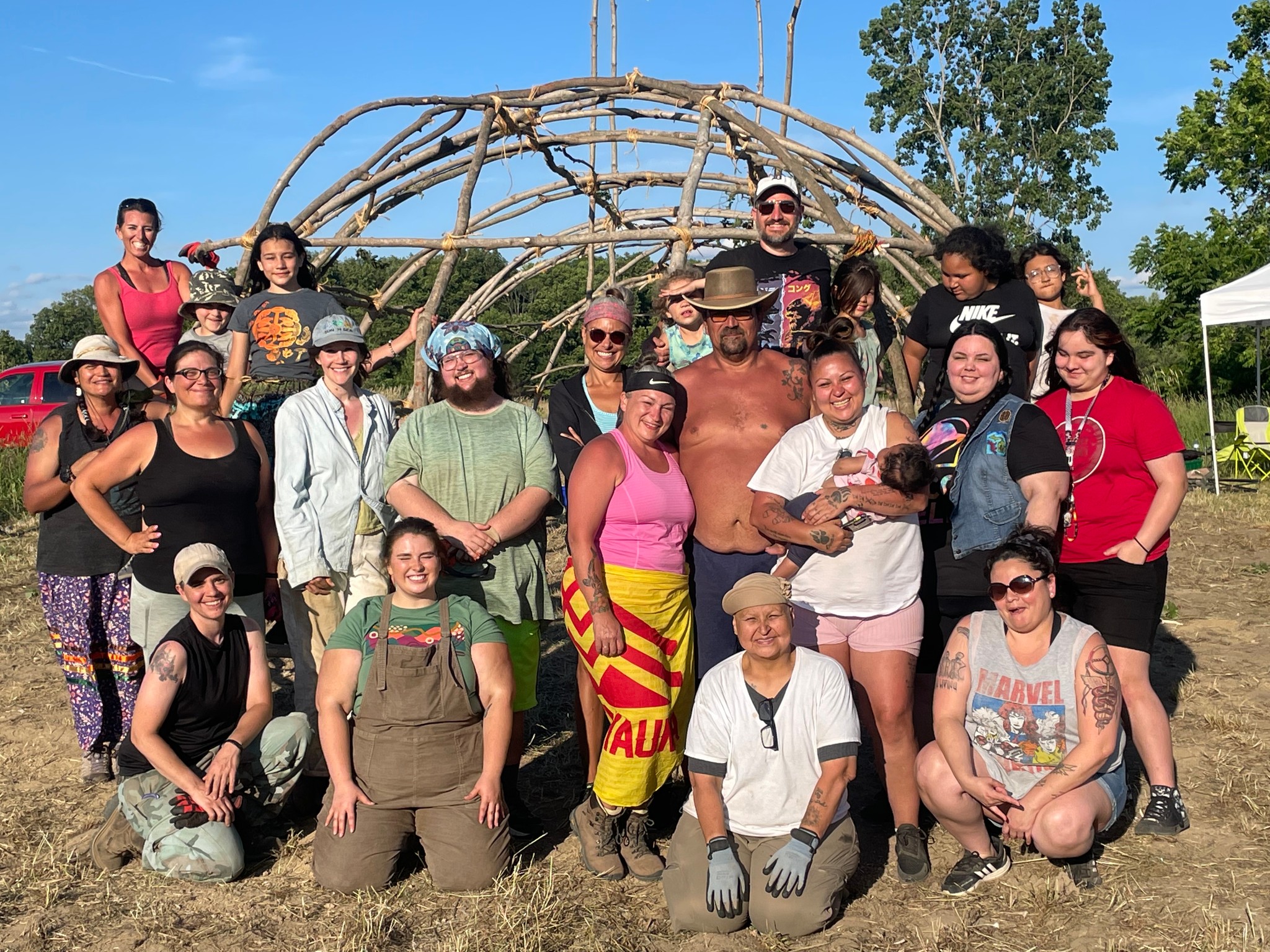 “They imagined this lodge in my classes when I asked them to think about how they can support Indigenous sovereignty and cultural continuance while being a part of a colonial space like academia,” Riley-Mukavetz said.

“This weekend’s lodge building clearly showed us that our local and statewide community sees the importance of this lodge. Our Indigenous students now have space on campus to be more authentically themselves, and it has been a great weekend advancing our work here at GVSU making it safer for our Native American/Indigenous students,” Lin Bardwell (Little Traverse Bay Bands of Odawa Indians), Native American Student Initiative Coordinator, said to Native News Online.

Riley-Mukavetz and Bardwell hope that this teaching lodge will help fill that void and provide a space where their Native students can feel safe.

Building the lodge was an effort that took all weekend.

Saturday morning began with a traditional pipe ceremony. Students, community members, and even Native News Online staff were in the woods all day Saturday cutting down maple saplings and trimming them down with machetes and pruners. The saplings that averaged well over 12ft tall had to be dragged from the woods where they were cut down to be loaded up onto the trailer with 40 other saplings that had previously been collected.

Early Sunday, four poles were erected in the center of the teaching lodge that each had one of the four colors of the medicine wheel (yellow, red, black and white). Holes were dug into the clay soil to secure the poles used to frame the lodge. As the day progressed, the frame was put into place. By the end of Sunday, the 48’ by 16’ frame was completed.

“It is great that GVSU allowed our community space to create a sacred lodge that gives space for students and others in our community to gather,” Rinehart said.

“​​I am grateful to everyone who took the time to come together, share knowledge, and show Indigenous students that they can be their whole selves in higher education. For so many of us, that was not possible and sometimes, still isn't,” Riley-Mukavetz said.

“Jonathan, our lodge builder, said that lodges come about through a vision. For me and these students, our vision was to create a space where they didn't have to choose between seeking a degree and being Indigenous. Our vision was to remind non-native students that they are on Anishinaabek land and that we are still here: in their classrooms, teaching their courses, doing student support, and proudly learning our teachings,” Riley-Mukavetz continued.

“I appreciate Andrea and her students for dreaming this project up and love that their dream became a reality,” Bardwell said.