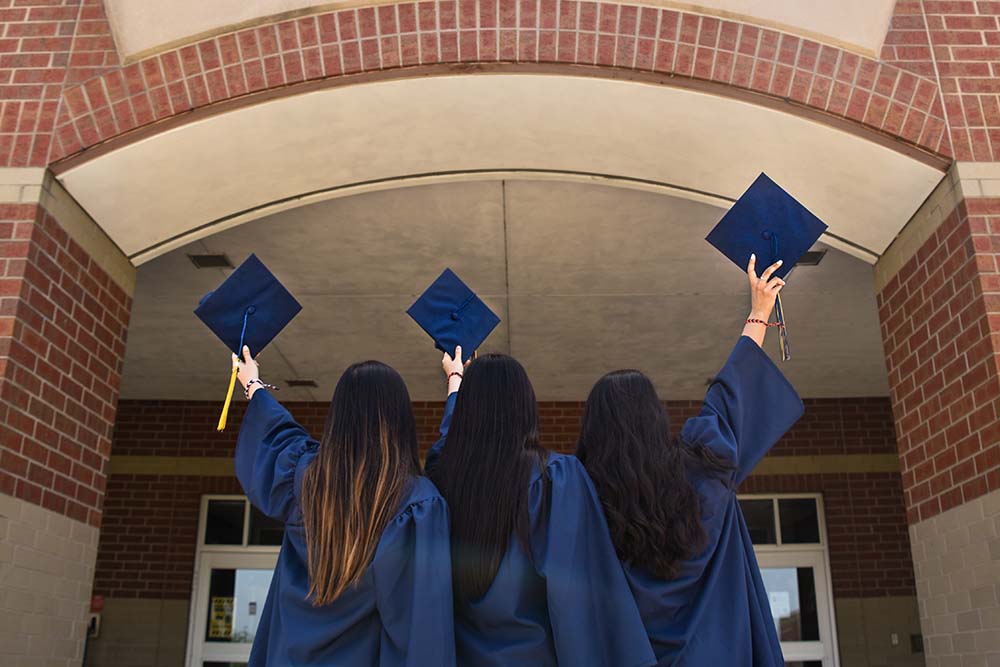 Significantly fewer Native students have headed to higher education in the past 12 years.

That’s part of a broader national trend — National Student Clearinghouse Research Center data show a steady decline in the overall number of American students entering higher education since 2012 — but the drop has been much more drastic. The National Center for Education Statistics estimates that the number of Native students in American colleges and universities fell from 196,000 in 2010 to below 130,000 in 2019, the most recent year where data were available.

At tribal colleges, some have seen enrollment hold steady or increase, while others have seen steep drops, Carrie Billy, a Navajo Nation member and the president & CEO of the American Indian Higher Education Consortium, told Native News Online.

The ones whose enrollment has fallen are in some ways constrained by circumstances, according to Billy. “Because their education is so place-based, these places generally only recruit from the local area,” she said.

Billy and other experts feel colleges and universities must be active in their efforts to keep Native students engaged and to bring new ones to campus in the years to come.

Amanda Tachine, a professor at Arizona State University in Tempe, considers poverty a factor. 2018 data from the U.S. Census Bureau tallied the poverty rate for Natives at 25.4 percent, the highest among minorities.

In 2007, the state of Arizona covered 72 percent of the cost of educating an in-state student. By 2017, it only covered 34 percent, according to the Arizona Board of Regents, the 12-member governing body presiding over the state’s three public universities.

Those universities and others around the country raised tuition as states decreased their institutional support, especially during the late 2000s, and that limited students’ options, Tachine said: “Cost affordability is shaping their understanding of whether they can go.”

But the number of Native students at the undergraduate level at Arizona State has increased in recent years, says professor Jessica Solyom.

That increase, she explains, is partly due to the state’s policy that any student who can prove they are a member of Arizona’s 22 federally recognized tribes can qualify for in-state tuition, even if they live elsewhere in the country.

“There have been efforts at the state level to make education more affordable,” Solyom said.

Ironically, Tachine says, many people incorrectly assume that Natives can attend higher education for free. “We’ve always had these myths that dehumanize who we are, and our humanity,” she said.

In California, California State University-San Marcos professor Joely Proudfit feels the state’s recognition of Native students and culture has improved during her career, but the field isn’t as equitable as she would like.

“I’m a big believer in, ‘if we can see it, we can be it, and nothing about me without me,’” she said Proudfit, who is Native and the director of the ​​California Indian Culture and Sovereignty Center. “A student needs to be able to come to campus and see themselves reflected in the faculty, students and staff.”

The American Indian Graduate Center, which provides scholarship and other resources to Native students around the country,  did not respond to repeated requests for comment.

“They really aren’t seeing any role models,” she said. “One of the big reasons I’m a physician is because I had a role model that I saw.”

That role model? Taylor McKenzie, a fellow Navajo who became the first doctor from the tribe and later served as its first chief medical officer.

“I can still see that image of walking into a room with him,” she said, recalling a conversation McKenzie had with a patient in his native Navajo tongue. “Up to that point, besides nurses who would come and help people, I had never seen a physician speak Navajo. I looked at him and knew I could do that.”

Native students, especially those on reservations, may not have resources which help their counterparts elsewhere, which may influence their entry into some academic programs.

“We don’t have the opportunities for test preparation, and that’s for nursing and medical school,” she said. She would prefer that medical schools look at applications more holistically, as a lot now “focus too much” on grades and test results.”

When Dr. Begay was at the University of North Dakota studying to become a doctor, she drew on one resource she said was common among Natives students — a shared kinship of sorts.

“If I did not have the other 10 Native American students around me, I would not have been as successful as I was,” she said.

Arizona State professor Colin Ben says it’s important to involve Native students’ social ties and tribal culture all the way through their time at the university. Doing so, he and others suggested, shows other children that a college degree is a real and attainable goal.

“It’s really important for us to honor the students who graduate,” he said, adding that both Native faculty and tribal chiefs are on the stage to greet Native students on graduation day each semester.

Arizona State estimates its on-campus students will pay upwards of $30,000 per year in tuition and fees. Tachine sees irony in that.

“On one hand, you have these institutions benefitting from Native land — making millions in perpetuity,” she said. “At the same time, they continue to exclude Native presence on campus.”