A 34-year-old woman was arrested in the early hours of the new year after she stabbed a Cayuga Nation Police Officer in the leg during a dispute over property that was taken over by the Cayuga Nation. 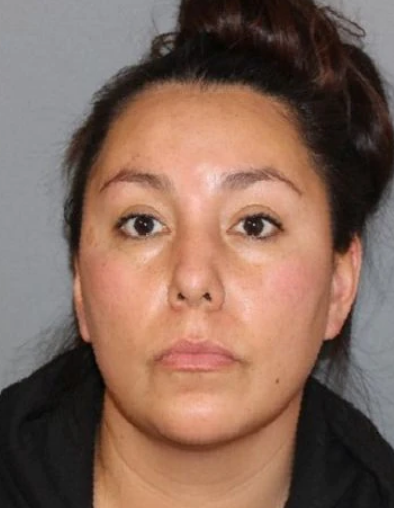 The incident took place on Saturday, Jan. 1, 2022, at the Pipekeepers, Tobacco & Gas convenience store that is located on the Cayuga Indian Reservation near Seneca Falls, New York.

The Cayuga Nation Police Department was on the scene to oversee the assumption of ownership property the tribal nation purchased on Dec. 28, 2021.

The Cayuga Nation took ownership of the property following a four-month-long dispute with local officials regarding the illegal operations by Dustin “Dusty” Parker — a Cayuga Nation citizen with no affiliation or authority within the Cayuga Nation government.

During the time Parker illegally operated Pipekeepers, Tobacco & Gas, he posed as an official leader of the Cayuga Nation and claimed he had the right to operate it, despite local ordinances and Cayuga Nation laws dictating otherwise. Parker also erected a misleading sign calling the business the “Cayuga Nation Bayard Street Store” — though the store had no legitimate affiliation with the Cayuga Nation at the time of Parker’s operation.

Weber showed up at the property after the tribal police gained entry to the convenience store and changed the locks. No one was inside the premises. However, Weber arrived and attempted to injure police officers with her vehicle. She then stopped her vehicle and stabbed an unidentified officer in the leg around 3:30 a.m.. No other injuries were reported.

Weber was charged by the Seneca Falls police with second-degree assault, two counts of second-degree menacing, second-degree reckless endangerment and fourth-degree criminal possession of a weapon.

The Cayuga Nation says Parker was operating Pipekeepers, Tobacco & Gas illegally over the past four months.

“Only the Cayuga Nation government or entities that seek and receive approval from the government can operate commercial businesses on our reservation, and we will enforce our laws against anyone who violates them,” Cayuga Nation leader Clint Halftown said.

The Cayuga Nation also requested the seizure of the property and store, in accordance with the Nation’s Business License and Regulation Ordinance. In a letter to the Department of the Interior on December 28, 2021, the Cayuga Nation expressed extreme concern that “funds generated from Parker’s illegal sales will lead to additional unlawful activity by Parker, potential efforts to ‘arm’ the facility, and general instability on the reservation.”