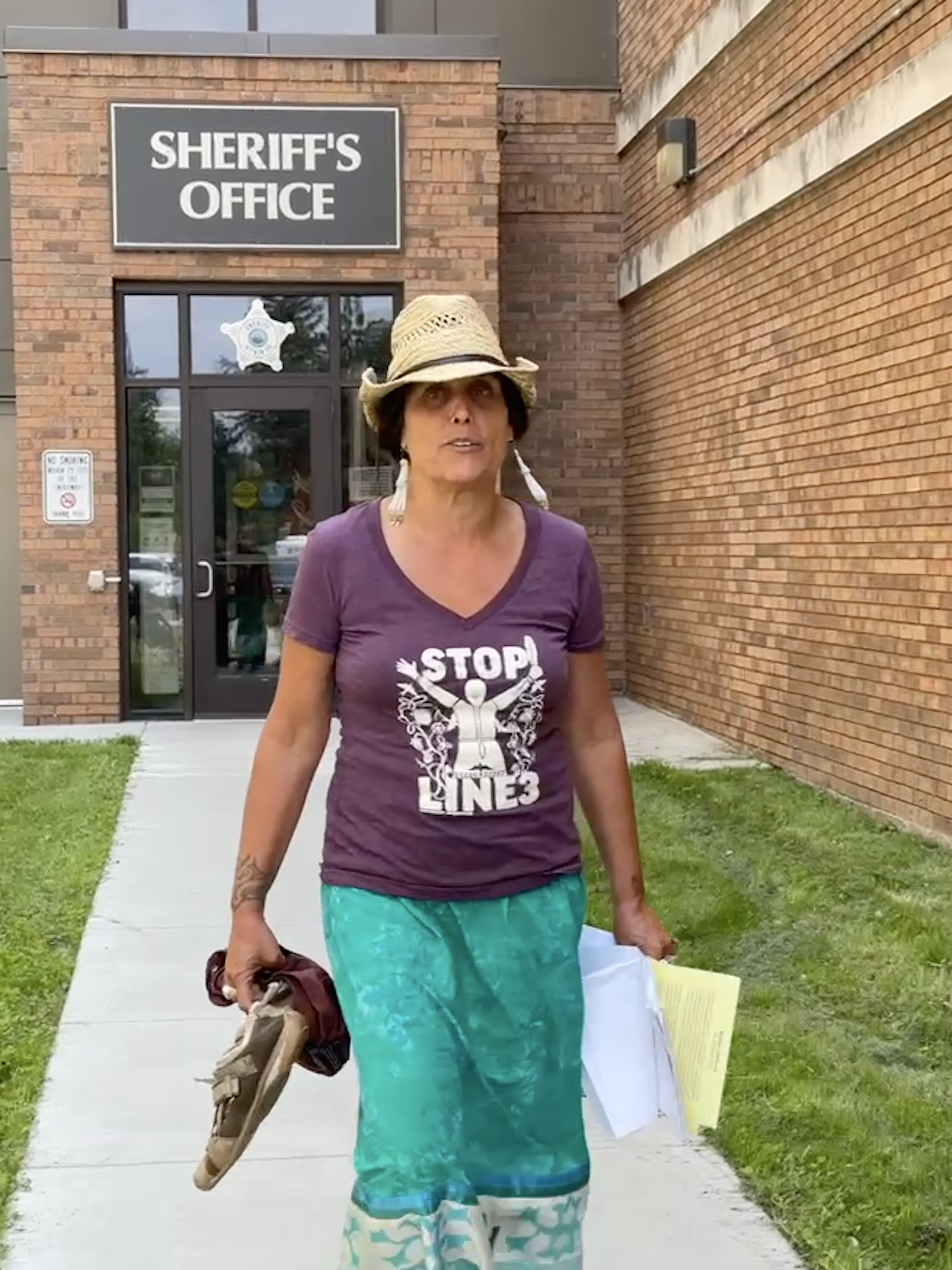 LaDuke was held overnight in Aitkin County for violating conditions of release. She was arrested with six other women on Monday, July 19, for protesting in front of a Line 3 replacement site near the Shell River in Wadena County; Aitkin County issued a warrant for her arrest. After her initial appearance yesterday in Wadena County, her and 11 others posted bail and were released from custody except LaDuke.

Aitkin County issued a warrant for LaDuke after being arrested on Monday, July 19 for violating conditions of her release. She was arrested on Jan. 9, 2021 for protesting at a Line 3 work site and posted bail with conditions to remain law-abiding. If a defendant violates conditions of bail, such as being arrested for additional charges in any jurisdiction, they may be arrested and face additional charges or be held in contempt of court.

“I’ve been released after spending three nights in jail for being a water protector,” LaDuke said in a Facebook post after her release on Thursday afternoon. “This is what is called the ‘Enbridge Way’—make sure hundreds of Minnesota citizens are put in jail.”

LaDuke appeared in front of Aitkin County Judge David F. Hermerding for a violation hearing at 11:30 a.m. on Thursday, July 22, and her attorney, Frank Bibeau, was able to discuss bail. At 11:54 a.m., the Aitkin County Clerk of Courts filed an amended release order for LaDuke to remain law-abiding as well as to avoid any areas of Enbridge work sites in Aitkin County or elsewhere.

“Do not enter any Enbridge Exclusion Zone or any marked areas of Enbridge work sites in Aitkin County or elsewhere, or any Line 3 locations or work areas,” read LaDuke’s amended release order filed on Thursday, July 22, in Aitkin County District Court. The release order also states that she may “not have any knowing contact with Enbridge works or any Line 3 works at or near such work zone.”

Although LaDuke’s release order prohibits her to enter Line 3 work sites, it does not prohibit her to engage in lawful protesting in lawful areas.

Line 3 construction is currently more than 70 percent complete in Minnesota, says Enbridge. This includes horizontal directional drilling (HDD) at over a dozen sites. Replacement work is complete in Canada, North Dakota and Wisconsin. The project is on track to be complete and in service by the fourth quarter of 2021.