DULUTH, Minn. — Ramona Marozas referenced back to an American Indian naming ceremony of several members of her family on the shores of Lake Superior on the Bad River Indian Reservation as being the impetus of wanting to become a journalist. The elder who conducted the ceremony told her that her American Indian name was Great White Cloud. 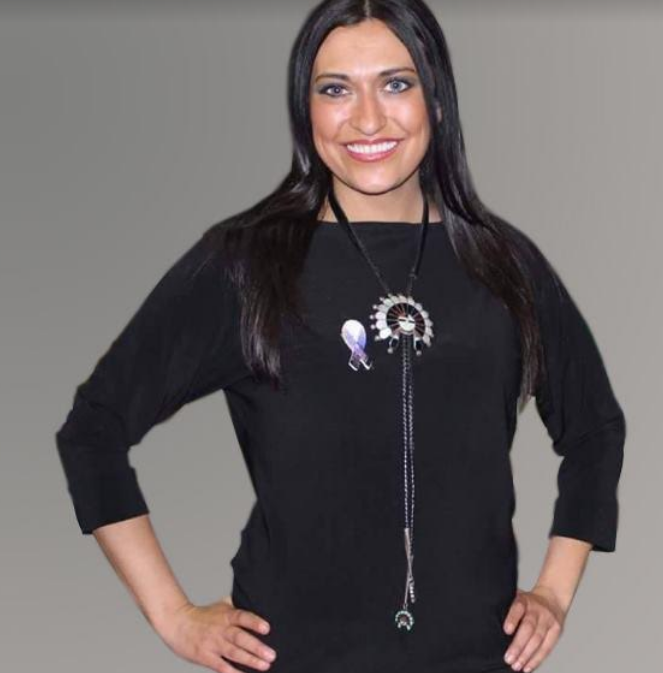 As the elder was about to move on to give the American Indian name to another member of her family, her grandmother asked Marozas, “Don’t you want to know why?”

Marozas, a tribal citizen of the Bad River Band of Lake Superior Indians, stopped the elder and asked him why he named her Great White Cloud. He told her he had looked up into a completely blue sky and saw a cloud shaped like a white feather.

Marozas says she learned a valuable lesson from her grandmother: to be inquisitive and to find answers. Marozas went into journalism and has been able to follow her grandmother’s instruction because journalists must ask questions. A lot of them.

Marozas recounted her naming ceremony story as she discussed her new position as a multiplatform producer at a Duluth, Minn.-based PBS station WDSE•WRPT. She comes to the station from a

local CBS affiliate in Duluth, where she served as a producer. At WDSE•WRPT she will lend her talents to Native Report, a nationally syndicated program that celebrates Native American culture and heritage. Additionally, she will serve in the same capacity for the station’s Almanac North program.

“This is my dream job because it doesn’t feel like work. It’s the first time working for a media source that is exclusively Native,” Marozas told Native News Online, speaking about her new role at Native Report. “It doesn’t feel like work. Natives are the best storytellers and I get to help capture those different experiences. I love hearing the different experiences from our elders, who are extremely important within our culture. It is important to capture their stories before we lose them.”

She served as Minneapolis-based WCCO's first news apprentice and has produced news for KBJR and CBS in Duluth. Marozas joined a Duluth television newsroom as a multimedia journalist in September 2013 and became the morning producer that same month.

In addition, she has produced two documentaries, “Missing and Murdered: An Invisible Epidemic” and “Opioids: Crisis in the Northland,” a WDSE•WRPT production.

“Ramona brings a rich mix of professional experiences and a strong community network, both locally and nationally, to our team,” Dawn Mikkelson, broadcast content manager at WDSE•WRPT, said. “Her work will help to bring a fresh eye to these legacy shows, including helping to reach and engage viewers across the digital landscape.”

Native Report is hosted by Rita Aspinwall and Ernie Stevens. The program’s 16th season begins in January 2021. In the meantime, Marozas is working on story ideas for future programming.

She says she looks forward to bringing her perspective and talents to Native Report.

“I hope to stay true to the traditions of these shows, while also lending my own experiences to help these shows continue to improve and enrich lives throughout the region and, in the case of Native Report, the nation,” Marozas said.