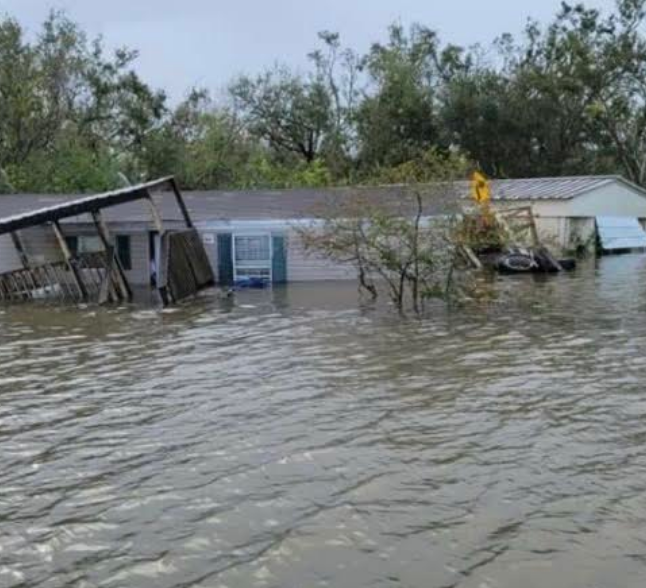 “I am very heartbroken as chief of the United Houma Nation to see the pain my people are going through and to see how their lives have changed in just a few hours, and there was nothing I could have done to change it,” Creppel said.

Hurricane Ida, a Category 4 hurricane, hit land on Sunday with winds as high as 150-miles-per-hour. It is now being called one of the most powerful hurricanes to ever hit the U.S. mainland. For much of Sunday afternoon, Houma was in the eye of the hurricane.

On Monday, United Houma Nation tribal officials assessed the damage from the hurricane. Photographs taken of the devastation show houses that were damaged from flooding and buildings with roofs taken off. One mobile home was turned on its side.

According to Creppel, the United Houma Nation has a population of 19,000 with its tribal citizens spread over six parishes that are located about 60 miles southwest of New Orleans. All six parishes were hit by the hurricane.

Many of the tribal citizens evacuated the area and awaited news about when it would be safe to return home. In some cases, it may be days before it will be declared safe to return home. Over a million residences and businesses were without electrical power, including all of the city of New Orleans.

Editor’s Note: This is a developing story. Native News Online will update our readers when more information becomes available.