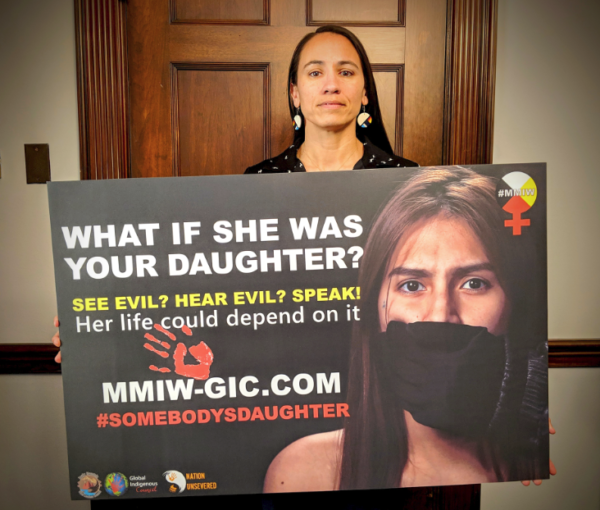 OVERLAND PARK, Kan. — This weekend, Congresswoman Sharice Davids (D-KS) announced her endorsement of Vice President Joe Biden for president. Congresswoman Davids of the Ho-Chunk Nation represents the 3rd District of Kansas and won election in the 2018 midterms. Davids, and Congresswoman Deb Haaland (D-NM) from Laguna Pueblo, are the first Native-American women to ever serve in the US Congress.

“During these difficult and uncertain times, we're reminded of why it's so important to have a trusted leader in the White House. Vice President Biden has been a dedicated public servant and a steadfast advocate for families and workers for decades. His commitment to lowering the cost of healthcare and prescription drugs and making the government work for the people, not special interests, is sorely needed right now. I'm proud to endorse Vice President Biden for president - I know he will serve our country well and treat every person with the dignity and respect they deserve.” Congresswoman Haaland, who previously served as Senator Elizabeth Warren’s presidential campaign national co-chair, endorsed Biden on April 9.

“It's so important that we unite as Democrats, with one goal, to beat Donald Trump. We've seen the damage brought by four years of failed leadership. I ask all of you to come together as one people, to gather our energy and strength around Joe Biden, so we can win this election and move our Democratic values and country forward. Please join me in supporting Joe Biden for President,” Haaland appealed.