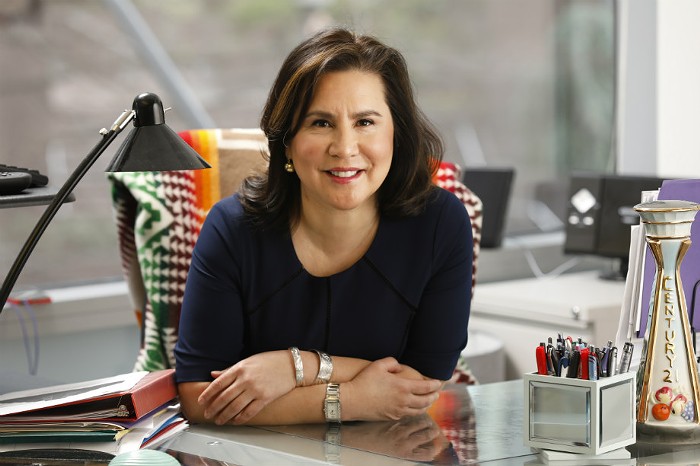 SEATTLE — Deborah Juarez (Blackfeet Nation), the first American Indian woman elected to the Seattle City Council, has become a target among protesters for her stance on defunding the city’s police department.

Juarez, who prior to being elected to the City Council served as a King County Superior Court judge, has declared she is for reducing the police department’s budget and reallocated funds for human services, but not at 50 percent as some protesters are demanding.

“As a former King County judge, public defender and attorney with 30 years of experience, I disagree with folks who say that police violence is caused by a ‘few bad apples,’ it’s the whole tree. It’s time we plant a new tree,” Juarez wrote last month on her Facebook page.

Juarez says she is against slashing the police department to 50 percent of its current budget level because there is no plan being presented to reallocate the resources to ensure safety and protection for Seattle citizens.

Because of her position, protesters have rallied outside her home and have even vandalized the area around it. Protesters sprayed painted “corporate bootlicker” on the street in front of Juarez’s home. Using a bullhorn, some called her a “corporate whore.”

Several elected tribal officials from Washington state have come to Juarez’s defense in a statement released on Monday.

“The Jamestown S'Klallam Tribe calls for the incredibly personal and targeted acts of violence against Councilmember Debora Juarez and her family to cease. Seattle’s residents should be celebrating that they have a leader who is trying to make decisions based on a reasonable and viable plan, which could be sustained over time. Councilmember Juarez is a sincere and respected elected official, and we applaud her dedication to Seattle and American Indian rights, and we stand with her because she is our sister,” said W. Ron Allen, Chairman of the Jamestown S’Klallam Tribe.

Juarez, who served Seattle as a public defender and then as a judge, has worked on behalf of the city’s most vulnerable citizens, said Chairwoman Francis Charles of the Lower Elwha Klallam Tribe.

“Indigenous women are the givers of life and the frontline protectors in tribal communities. Councilwoman Debora Juarez has dedicated her life’s work to protecting vulnerable families and communities throughout the state of Washington. The first peoples of these lands will not tolerate any hateful or dehumanizing behavior towards her or any other Indigenous woman. I call upon the Seattle City Council President to denounce the hatred and intimidation of Councilwoman Juarez at her home and to defend her honor,” Charles said in a statement.

Suquamish Tribe Chairman Leonard Forsman says Juarez is a strong leader and is not afraid of civil debate or peaceful protest, but she, or any other elected official and their families, should not be subjected to intimidation, vandalism and threats.

“The Suquamish Tribe supports Seattle City Councilmember Debora Juarez and her right, as an elected official, to do her job without verbal harassment and vandalism at her home. Councilmember Juarez has a long history of fighting against oppression, including supporting the sovereign rights of Indian Tribes. She has supported the Suquamish Tribe’s right to self-governance and we ask that the Seattle City Council President demand that a civil discourse, free of intimidation, be conducted on the political issues facing the City of Seattle, named for our famous leader Chief Seattle,” Forsman said in a statement.