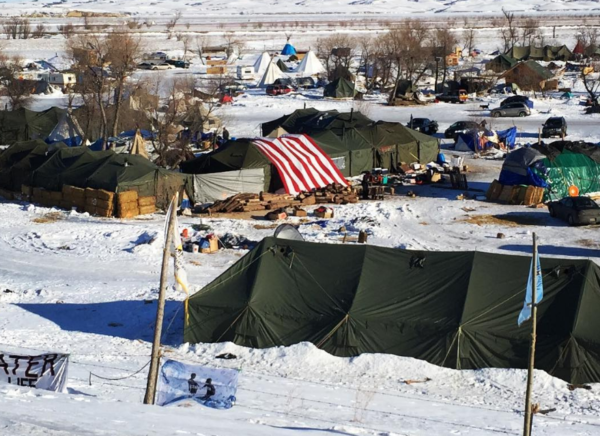 NEW YORK — The Standing Rock resistance proved to be an awakening for many people who made the journey there. Among them are Rep. Alexandria Ocasio-Cortez (D-NY), who reveals to author Charlotte Alter in the new book The Ones We’ve Been Waiting For that “her journey to Standing Rock as a pivotal moment of political awakening.”

TIME published on its website last week Ocasio-Cortez's Facebook Videos of Her Trip to Standing Rock Reveal Her Political Awakening with an excerpt from Alter's book.

Excerpt from The Ones We Have Been Waiting For:

Almost everyone who came to Standing Rock repeated the same legend. Someone, maybe Crazy Horse, had made a prophecy a long time ago—probably in the late 1870s—about the looming destruction of the planet. The “who” and “when” parts of the story were always fuzzy, but the prophecy was always the same: the “black snake” of darkness and discord was going to infect the land, seeping into the fires and air and water, spreading conflict and violence, and threatening the reciprocal relationship between humans and the earth. The second part of the prophecy predicted that in seven generations, young people—“the tip of the spear”—would rise up and kill the black snake, and restore order and harmony.